I have a moment of peace. I’m going to sneak off and read a book. Shhhhhh… YOU DON’T SEE ME!! 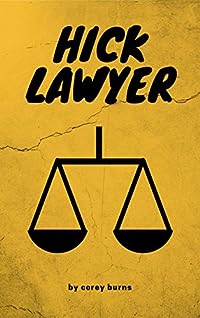 Dexter Smith muddled his way through college and law school. Now, he has found a small Nebraska town to hide out in while he muddles his way through life doing simple, court appointed cases. Then Donald Birch is charged with three counts of first degree murder. And when the other lawyers in the county are conflicted out of representing Donald for various reasons, Dexter is appointed to the case. Will Dexter step-up and be the kind of lawyer he used to dream of being, or is he just a half assed hick lawyer in way over his head? 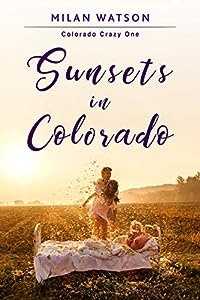 She fled from her country roots, but now she’s back. If it’s up to the handsome cowboy, she won’t ever leave again.

After receiving word of her father’s heart attack, Lewis Tate heads back to the ranch she fled from years ago. When she arrives she’s faced with the demons of her past, a ranch manager she can’t ignore and a father trying to make amends.

For Tanner Bryant, it’s simple. He wants her and he takes what he wants. But when it comes to love, and especially Lewis Tate, nothing is simple. She’s nothing like the women he’s dated in the past; she’s all city and seduction, although she doesn’t realize it. He’s prepared to fight for the attraction between them, even if that means keeping a secret that will drive her back to LA.

Can Lewis keep denying the attraction between them? Will Tanner be able to get the girl he loves and keep her? Or will a secret drive them further apart that distance ever could? Sunsets in Colorado is a ranch romance guaranteed to tease your senses and make you dream of cowboys again. Hit the one-click button now to get your copy. 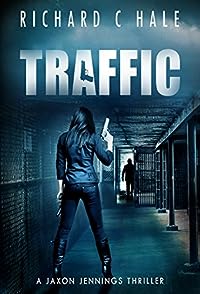 Would you kill to protect it?

When Jaxon Jennings witnesses a woman attack a man and kill him, his only thought is to apprehend the woman and bring her to justice. But when he discovers the mysterious and deadly woman, Adi Jordan, is on a mission to save her kidnapped daughter, he can only imagine doing one thing.

He must help her.

In a race against the clock and insurmountable odds, Jaxon joins forces with Adi in a desperate battle with the Russian mob to track down her daughter and get her back before the trail grows cold and Adi’s daughter is lost to the world of human trafficking.

Adi’s dark and mysterious past only adds to the pressure as her brutal and ruthless tactics bring Jaxon to a place he’s never been before. But will her actions destroy any chance they have of finding her daughter and surviving? Jaxon must walk a thin line between what is right and wrong. Will it be enough? 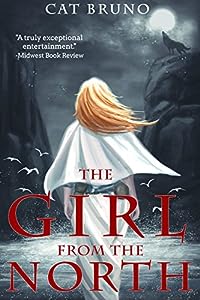 In this top-selling epic series, follow Bronwen as she explores what it means to be god-touched. Long ago, she arrived at the Healer’s Academy with no memory of her past. Her fire-streaked hair marks her as a Northerner, yet there is much that she keeps hidden. After a moonlit meeting with the mysterious Conri, High Lord of the Wolf Tribe, she learns that the dark god Nox long ago claimed her, naming her Kingmaker. Now trained as a healer, Bronwen seeks her own path, far from the immortal’s gaze. Yet, soon, she realizes how closely she is watched, now and always. 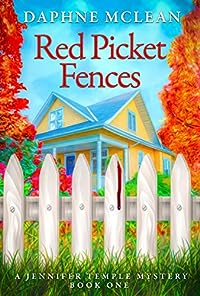 The truth is hidden… will she find it before bath time?

Nothing of note ever happens in Jennifer’s sleepy little neighborhood other than the occasional kerfuffle over grass length. As a stay-at-home mom, the only danger she comes across is in the true-crime novels she devours at night.

But when a house fire results in the death of her two neighbors, Jennifer discovers that things are not always what they seem.

By poking her nose in where it doesn’t belong, she puts herself up against a local police chief eager to close the case, a husband desperate to keep her safe, and a killer who wants her out of the way.

This cozy mystery begs the question, “How well do you know your neighbors?” 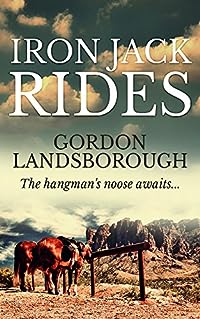 When Senator Gwin rides into town, he brings bad news…

His dreams for a Pony Express are over, Congress practically laughed him out of the building.

But that’s before he runs into the notorious Jack Irons who has a brand new plan.

If Congress won’t build the Pony Express, then the people must build it themselves.

Gwin sends Jack off to start negotiations and asks him to keep an eye on his niece, Ann, who is travelling along that way to see her mother.

But Jack is harbouring a sinister secret.

Back in Kansas, Jack Irons is known as Iron Jack – the woman-killer.

But perhaps it’s not Irons that poses the biggest threat to Ann?

Perhaps it’s the man who never stops smiling, Roily Weyte, who seems to have a history with Iron Jack.

A mustread for fans of Zane Grey and Louis L’Amour.

Gordon Landsborough (1913-1984) was a publisher, author and bookseller. Writing tales about the exploits of gun-toting cowboys fighting out on the arid sands of the Wild West, Landsborough was himself a pioneering in the English paperback publishing world of the 1950s. He was widely known amongst his peers as the ‘maverick publishing genius’. His other western adventures include Battle at Broken Knee, Flaming Frontier, Union Soldier, The Stolen Bounty and Secret of the Cannon.