My oldest this morning walked out of his room, after getting dressed for school,  hugged his dad and in a loving voice told his dad good morning and he loved him. He then walked over to me and also gave me a hug, said good morning and I love you. I felt all warm and fuzzy inside. He then walked over to the bagel with cream cheese and said good morning and I love you. Dude! YOU DO NOT LOVE THAT BAGEL AS MUCH AS ME AND YOUR DAD!!! So, me not wanting to share my baby basset’s love with a bagel, proceeded to spend the rest of the time being the voice of his bagel while he was eating it. I screamed and yelled, “PLEASE PLEASE DON’T EAT ME!!! I AM THE FATHER TO TEN BABY BAGEL BITES! I WANT TO SEE MY FAMILY AGAIN!! NOOOOOO!!!! It took all the energy I had from my first cup of coffee to do it, but it was worth it.

A serial killer. An elaborate game of death. Who’s ready to play?

A killer is loose in San Francisco, and he’s collecting body parts. FBI Agent Abby Kane believes a dead hiker found ten miles north of the city is the key to solving those crimes.

The more Abby digs, the more she begins to think the killer is playing an elaborate game and there’s an audience cheering him on. But to catch the monster, she’ll have to join in his twisted game. 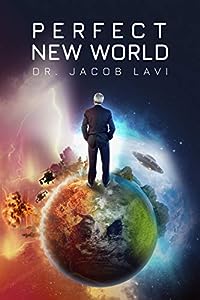 What would you be willing to do in order to live in a perfect world?

After 40 busy, demanding years of hard work, all Kobi wanted to do was live in peace and quiet.

The Earth is on the brink of total destruction and the future of the entire world is hanging in the balance.

Everything is about to change when an unexpected meeting sets before him a challenge — to save the Planet from annihilation.

During his efforts to save plant earth from distraction caused by environmental abuse he encountered surprising facts about the creation and the history of humanity.

The countdown has started. Will Kobi succeed in the mission of a lifetime or has the fate of the humanity already been sealed? 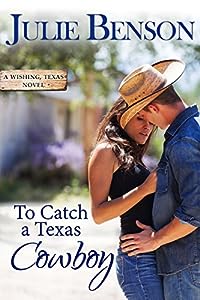 Grace Henry needs a reboot. Laid off and unable to find a new job in her native NYC, Grace heads West to Wishing, Texas to run her best friend’s bed and breakfast. But before she hits the city limits, to her luck, Grace rear ends the chief of police’s truck. As the mouth watering western dream peels off his shirt to clean her cut, she reminds herself what cops are like — cynical, inflexible, curious and controlling. Her NYPD father taught her that fact.

FBI agent AJ Quinn is undercover in Wishing to catch a forger. Though his best friend lives in Wishing and he always longed to buy land there, Wishing is an annoying detour from his purpose, working major cases and fulfilling the vow to his father to make a difference in the world. But when Grace crashes into his life, AJ suddenly finds himself questioning his direction and determination to remain single.

Though Grace and AJ insist they don’t want a relationship and are wrong on too many levels to count, when the head says no, the heart says yes… 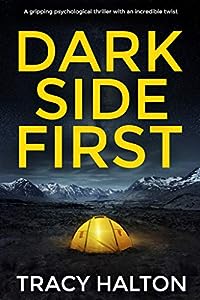 Dark Side First: A Gripping Thriller That Will Keep You Guessing
by Tracy Halton

Discover a psychological thriller which will captivate you till the stunning ending.

Some secrets never leave you alone.

Patrick Scottman has no idea what to start with. How does he tell a story he doesn’t really want anyone to hear? Does he steal from Dickens and say that it was a dark and stormy night? It wasn’t at first, but it sure ended up that way. The only thing still dark and stormy associated with the whole affair is his own soul. He is no saint. He thinks he had delusions once that he was. Saints don’t kill people, even ones that want to kill them. He thinks that’s a rule. 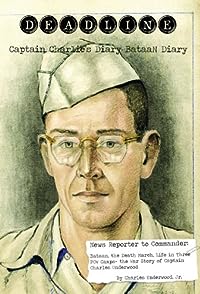 A powerful untold story of the Bataan Death March!

Underwood is credited with saving more than 600 American POWs

There are thousands of U.S. soldiers who have never been properly recognized for their actions during the Second World War. This is the story of one of them. Charles Underwood was a young reporter when he was called up to active service in the Philippines. He survived the infamous Death March, and spent over three years as a prisoner of war in Japan, at the end of which time he boldly commandeered a train and traveled through hostile territory to reach the U.S. lines.