A Side Trip On The Path To Being Good

I feel like I should confess to everyone that I had a piece of pie last night. I really had no choice though. My youngest baby basset made the pie with his aunt, and he was really proud. It was pretty darn good pie. But I want to be clear that I did not eat it for recreation, I ate it out of love for my son. It would have hurt his feelings had I not eaten the pie. My question to you all is…do I get a free pass? 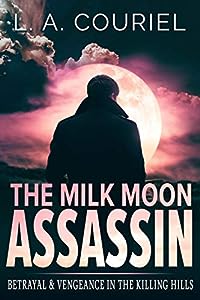 The past has come to haunt him.
Only a May full moon remains to compensate for his losses.

In January 1948, an entire Israeli platoon of thirty-five men mysteriously perished in battle near Jerusalem. Not a single survivor was left to tell their heroic story.

Moshe was just fourteen years old at the time. The young boy, armed with nothing but his camera, took one last picture as they headed for battle. Thirty-seven years later, the photograph that had been lost in the turmoil of war, reappears to haunt his life.

Moshe, who is now a skilled Mossad assassin, is executing his private, unauthorized, and cold-blooded plan for revenge.

In the Milk Moon Assassin’s world the rules of competition for manhood, war, and vengeance are crystal clear. Those of love triangles and complex family affairs, however, remain obscure.

Through psychological scrutiny into the depths of his own tortured soul, he realizes that everything he knows is about to change… 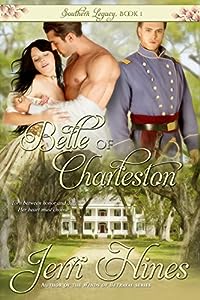 Set against the backdrop of Antebellum Charleston with the martial clash of brother against brother looming on the horizon-here is an absorbing, tantalizing saga of life during one of our country’s most turbulent times-Southern Legacy Serial.

Belle of Charleston, Book One

In a world of pageantry and show, the Montgomery family accepts the way of life that has been antebellum Charleston for over a hundred years. Two cousins, the handsome and debonair, Wade Montgomery and the bold and brooding Cullen Smythe, were born to be brothers. Raised as Southern gentlemen, their character could never be questioned–loyalty, honor, duty to one’s country, God and family. It was the tie that binds until… their bond is threatened, not only by the cry for secession but by a woman-Josephine Buchanan Wright.

Josephine Buchanan Wright is a dutiful, southern belle. Her future seems fated to the two Montgomerys cousins… until all she has placed her faith in falls apart. As her life spirals out of control, she tries desperately to cling to the honor and duty that has been instilled in her. But how can she do so when all she has known is no more? 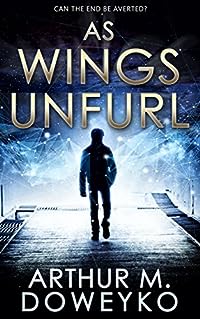 “Apple Bogdanski, a disabled Vietnam veteran, worked in a secondhand books store. When a private detective takes incriminating photos of shape-shifting aliens in the act of transformation and sends the negatives to the owner of the bookstore hidden in a book among a shipment of books, Apple is caught between two groups of aliens-one of which studies mankind’s development and the other who wants to terminate mankind and claim the Earth for their own purposes. Apple has a helper, Angela, who appears just in time to save his life and make him appear to be a hero. Angela has a beef with the bad guys and she and Apple unite with a few good guys to take on the bad guys.

As Wings Unfurl is an entertaining science fiction novel based on the premise that an alien race planted the seed of the human race of Earth millennia ago and now watches quietly as we evolve. Apple is a fairly well developed protagonist who just wants to be left alone to deal with the hand life has dealt him on his terms. Angela is a member of the alien oversight group dedicated to observation. Strangely attracted to Apple, she must deal with a conflict between her duties, her sense of right and wrong, and her feelings. Dane, as the bad alien, has a single side; the discrediting and destruction of the human race for her own purposes. Yowl and Shilog are Tibetans who are caught up in the war between factions and who provide a notable twist to the ending. Both are far out of the world that they know, but both adapt amazingly fast to the developed world. 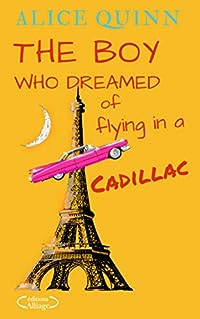 The boy who dreamed of flying in a Cadillac: A feel good mystery novel
by Alice Quinn, Alliage Editions, Alexandra Maldwyn-Davies

With his father unknown and his mother in prison – our young hero, Ranko, is a repeat escape artist from the social services. He has but one true aim: to reach his father… who he tells everyone is a pirate on a far-flung island. This is set to be a real tear-jerker!
But how will he fund his trip?
Don’t sweat it! Ranko has one hell of a plan – to rob senior citizens on their way out of the bank.
One fine morning, as he’s hiding out in front of a bank, he spots Jo, a man past his prime, stepping out of a superb candy-pink Cadillac, wearing cowboy boots and a rocker’s quiff with his belly protruding from a tight red leather jacket.
Ranko points his gun at the golden oldie, pockets his money and is just about to get out of there… when he feels something holding him back.
It’s as if there’s an invisible thread between them.
Will he find his father… or is it the running away that counts most for this kid?

Tenderness, humor, suspense and French jazz-musette await in a captivating Paris – a Paris we all know and love. 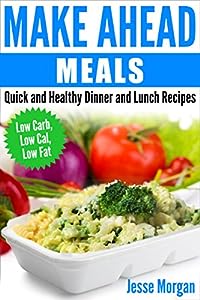 Looking for healthy recipes that you can take to work for lunch or prepare and have ready for a quick dinner?

My schedule is non-stop with two boys, a job at a thriving dental practice, a husband that wants healthy and hearty meals to support his active lifestyle and a house to maintain. The simple recipes in this cookbook are some of my favorites that you can prepare with minimal effort and enjoy right away or save for a healthy lunch or dinner option later in the week.

Make Ahead Meals provides 30 unique recipes that you and your family can enjoy immediately or save and re-heat for a quick and healthy lunch or dinner.

There is no fluff in this cookbook, just simple healthy recipes and a couple of chapters with some great tips on food storage and the benefits of eating freshly made meals.

• Suggestions on how to store and re-heat each meal

Look inside the book, you can download a free food safety guide and a sample recipe from the book.