If you like psychological detective stories with a touch of humour and romance, you will love the Sam Smith mystery series by author Hannah Howe. Gripping and intriguing this series will have you hooked from page from. Enjoy

Love Hurts. For Derwena de Caro, songstress, female icon, teenage dream, success brought drugs, alcohol and a philandering boyfriend. It also brought wealth, fame and a stalker, or so she claimed. And that’s where I came in, to investigate the identity of the stalker, little realising that the trail would lead to murder and a scandal that would make the newspaper headlines for months on end.

Love Hurts. For me, Samantha Smith, Enquiry Agent, love arrived at the end of a fist. First, I had to contend with an alcoholic mother, who took her frustrations out on me throughout my childhood, then my husband, Dan, who regarded domestic violence as an integral part of marriage. But I survived. I obtained a divorce, kept my sense of humour and retained an air of optimism. I established my business and gained the respect of my peers. However, I was not prepared for Dan when he re-entered my life, or for the affection showered on me by Dr Alan Storey, a compassionate and rather handsome psychologist.

Sam’s Song. This is the story of a week that changed my life forever. 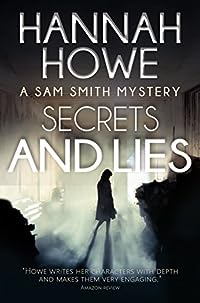 Please note that the print length of this book runs to 50,000 words and 250 pages, not the estimate listed by Amazon.

Secrets and Lies – Suicide or Murder?

Most of the people I encounter are hiding a secret and many of them are adept at telling lies. However, how do you learn the truth about someone who’s no longer with us?

Author, Barclay Quinton wrote Fabringjay, the story of a man leading a secret life during the Second World War, which was well received by the critics, but was ignored by readers, and Illicit Lust, a book he hated and wrote purely to satisfy his agent and publisher. Illicit Lust became a bestseller, a fact that annoyed Barclay. However, its success did open doors and he set about researching his next novel, the story of an ageing mobster. Barclay’s research brought him into contact with many unsavoury types, including villains, shady private eyes and managers of strip clubs. The official report into Barclay’s death stated that he committed suicide. However, a close friend insisted that Barclay was murdered and I was hired to investigate.

Meanwhile, closer to home, I discovered a secret, and the truth, about my long-term partner. Was he the man of my dreams or was our relationship about to end?

Secrets and Lies – a story of love, of deceit, of the many faces we all possess – the public face, the private face and the deeply personal. 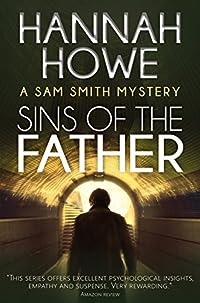 Please note: this book runs to 50,000 words and 246 printed pages, not the estimate listed by Amazon.

For the first thirty-three years of my life I had no knowledge of my father, no idea what he looked like, his name, whether he was dead or alive. Then fate brought us together. Then, a year later, he decided to hire me.

Although we had talked for a year, my father was still Gawain Morgan to me, a stranger, not my dad. Would the task of locating Frankie Quinn bring us closer together, or drive us further apart?

Frankie Quinn was a con-man, a life-long villain, a member of my father’s old gang. That’s right, my father was a villain too, with dodgy contacts, a shady past and sins he preferred to forget. The police wanted Frankie and, if arrested, he faced the prospect of spending his final years in prison. However, he had a trump card, evidence of my father’s indiscretions. Frankie was looking to cut a deal with the police, my father was looking for Frankie. They knew that one of them would spend the winter of their days in prison; but who would it be?

Meanwhile, the clock was ticking towards my wedding day. Would I enjoy the happiest day of my life, or be left crying into my champagne?

Sins of the Father, ten days that defined my relationship with my dad. 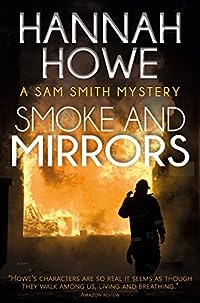 Please note: this book runs to 242 printed pages and 50,000 words, not the estimate listed by Amazon.

The man in my office held a dark secret, a secret to kill for. That man was Tony Ryland, husband of local madam, Maria de Costa. Unfortunately for me, truth and justice, Tony Ryland was dead.

What was Ryland doing in my office? Who had murdered him? What was the nature of his dark secret? The trail led to Ryland’s wife, Maria de Costa, to her network of prostitutes and clients. Questions led to evasive answers, and more deaths.

Someone was out to muddy the waters, to distort the truth, to bury the secret along with Tony Ryland. As I probed and prodded, I placed myself, family and friends in danger. Ultimately, Ryland’s murder left me with a question: what is of greater value, love or the truth?

Smoke and Mirrors, a tale of treachery, of duplicity and cover-ups, the story of a scandal that simmers within our society. 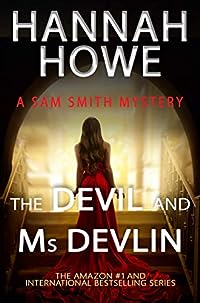 In her heyday, the critics regarded Dana Devlin as the most beautiful actress in movies. They also regarded her as shallow, lacking emotion. That was strange because Dana Devlin’s life had been a rollercoaster of emotions, with divorces and nervous breakdowns to the fore. And now she was making a comeback, in a gothic romance, Demon Seed.

Everyone’s a critic, it seems, because someone didn’t like the sound of Demon Seed, and they voiced their disapproval through a series of death threats. However, the death threats were covered in hearts, flowers and angels. What was going on?

Demetrios Angelopoulos, Dana’s lover, and the producer of Demon Seed, asked me to investigate the death threats. Meanwhile, I recruited Faye, Mac and Blake to ensure that Ms Devlin came to no harm.

As the cameras rolled, I opened a can of worms, which led to the spilling of secrets and murder. And Dana Devlin? She was about to play her greatest role, a role that would reshape her life.