Houston…we have a problem. My sweet little pup Casper is completely out of control. He is a wild child that freaks out when he sees other dogs when we go for walks, and is pooping in the house. Hubby found his last little treasure with his foot yesterday morning which lead to me having to power wash the rug in the driveway. I am pretty sure with this cold weather that rug will never dry…ever. The kid just has too much energy to ignore. Oh…and the barking. It is none stop. BORK BORK BORK BORK. He sounds more like he is borking than barking. Cute, but very annoying. All my life I have had pretty lazy dogs, so this little firecracker is something completely new to me. I won’t be able to get away with quality time naps instead of walks. Yesterday I took him for a jog instead of our usual walk. I cried. It didn’t really slow him down at all, but I realized he is a pretty good jogging buddy. With this guy’s energy I bet I could teach him a ton of tricks, so today I am going to Youtube to learn how to train him to do some basic tricks and see how it goes. With his level of energy the sky is the limit. 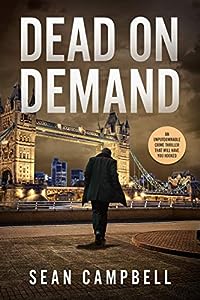 Dead on Demand: If you can’t bury the hatchet, bury the body. (A DCI Morton Crime Novel Book 1)
by Sean Campbell

A career man, Edwin Murphy has always put more effort into his work than his family. Everything changes for Edwin when his wife files for divorce. On the brink of losing his home, his job and his little girl, Edwin orchestrates an intricate plan to eliminate his wife and regain his former lifestyle.

The police are baffled when bodies begin to appear all over London with no apparent connection between them. Inspector David Morton must think outside the box as he investigates the deadly web of deceit behind the murders. 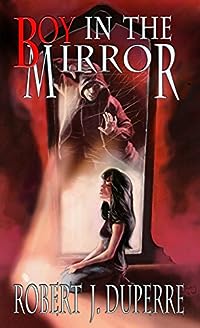 Boy in the Mirror (The Infinity Trials Book 1)
by Robert J. Duperre

Fifteen-year-old Jacqueline Talbot’s boyfriend Mal lives in the mirror of her makeup case. There’s never been anything normal about Jacqueline; not during her time in foster care, and certainly not in her new hometown of Mercy Hills.

With rumors of actual monsters in the woods, the popular kids taking an unhealthy interest in her, and the revealing of her own dark past, all Jacqueline wants to do is run away forever with Mal. Too bad he’s trapped in the mirror.

But when she learns the ancient forces of the town want to destroy everything she loves, the race is on to free the boy in the mirror, because he just might be the only one who knows how to stop them.

PUBLISHER’S NOTE: This book was originally released under the title, “The Mirror of Souls.” 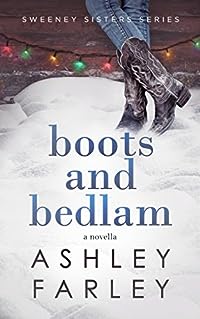 ‘Tis the season for chaos.

Wedding bells will soon be ringing in the Lowcountry. All Sam Sweeney wants is to marry her man on Christmas Eve surrounded by family and friends. But emerging complications, some humorous and some not so humorous, threaten to converge and derail the best-laid plans during the busy stretch between Thanksgiving and Christmas. Amidst the chaos — dealing with real estate, planning a wedding, running a seafood market, honoring traditions, and contending with teenagers — even the weather rears its head when the weatherman forecasts a white Christmas. Never has family support been more needed, but will it be enough to restore order and save the day?

Escape to the Lowcountry this Christmas where romance, intrigue, and holiday merrymaking await you. 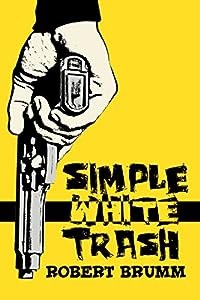 After three years in Mississippi State Penitentiary, Carl O’Donell re-enters society with simple plans – get back to work pushing drugs and keeping an eye on his younger brother Jimmy. He quickly learns that not only has Jimmy been committed after yet another failed suicide attempt, but his old boss is dead at the hands of Mexican drug lord Armando Vega as well.

Carl’s only way to quick cash and a fresh start is through Armando. Carl is hired for a simple assignment of busting up a rival meth lab that turns complicated and deadly. Now Carl and his brother are on the run from the cartel as well as the police after a messy robbery. It would be a lot harder to find them if they didn’t leave so many bodies in their wake.

This book is intended to be read by adults and may be unsuitable for children under 17. Contains indecent language and descriptions of graphic violence. 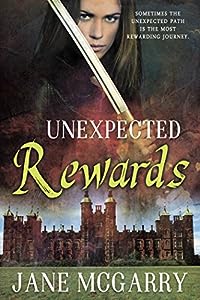 Unexpected Rewards (Not Every Girl Book 2)
by Jane McGarry

Olivia Davenport is looking forward to her future. After all, Prince Liam has pro-fessed his love and King William has promised her a reward for her role on a recent mis-sion. She fully expects to continue her knightly training while enjoying a blossoming ro-mance with her Prince. The King, however, has other ideas, appointing her as a lady-in-waiting to Queen Helen.
Thrust into unfamiliar territory and left to fend against the malicious women of court, Olivia feels awkward and confused. With the help of her new friend, Kat, and her sister, Anne, she tries to find her footing among the courtiers, their protocol, and the added complication of Jocelyn Crawford, a lady who has her eyes set on becoming Liam’s bride.
When, a disturbing prophecy puts the safety of the King in question, fear spreads through kingdom. Intrigue abounds at the palace with an enigmatic witch and a strict Friar at the center of the controversy. Olivia must use her training and instincts to unravel what is truly going on in order to protect the King. Through it all, she questions if she will ever be able to fit into Liam’s lifestyle or if their relationship is not meant to be.