The Color Of His Room

Turns out, adopting Bayb Yoda is going to be a bit harder than I had anticipated. The two biggest issues are 1. There are quite a few people who wrongly believe they have called dibbs on him before I did, and 2. He isn’t real. Lets address issue number two first. He is real…SHUDDUP! There. Now on to issue number one. I am going to go with the “Nu uh” argument, and you can’t argue with “Nu uh”. So… what color do you think Baby Yoda would like to have his room painted? 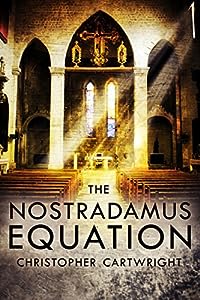 In 1562, Michel de Nostradamus led a small party on an expedition deep into the hostile Desert of Barbary, now known as the Sahara. Without any knowledge of what they might find, the small party had entered the vast desert in search of a miracle.

In the present day, Dr. Zara Delacroix enlists the help of Sam Reilly to hunt for answers about a book she believes was buried in the Sahara centuries earlier to protect humanity from some great catastrophe.

This ancient manuscript was named The Book of Nostradamus… 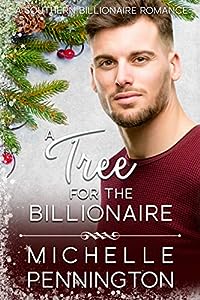 A woman who’s lost her heart. A man who’s just discovered his.

Getting hired as the personal assistant to the intelligent and attractive billionaire Christopher Warren seemed like a fairytale come true for Kate Ryan, but two years later, she hands in her two-weeks notice just before Christmas. How can she keep working for him day after day when she’s in love with him? Not even the most beautiful and fascinating women in the world hold his interest, so there’s clearly no chance for her. Unfortunately, Mr. Warren seems determined to change her mind.

Christopher has felt estranged from the world his whole life, but no matter how lonely he is in the midst of his hectic life, he can’t seem to develop deep, lasting feelings for any of the woman he’s dated. But even as he decides to focus on business, his assistant Kate hands in her resignation. Determined not to lose her, he decides to spend everyday he has convincing her to stay. But staying in a remote cabin in the Smokey Mountains while Kate fills it with Christmas trees and gingerbread was not what he had in mind.

Kate has plans of her own. 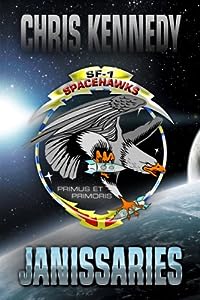 The war with China was over and Lieutenant Shawn ‘Calvin’ Hobbs just wanted his life to get back to normal. The hero of the war, he had a small ream of paperwork to fill out, a deployment with his Navy F-18 squadron to prepare for, and a new girlfriend to spend some quality time with. Life was good.

Until the aliens showed up.

They had a ship and needed to get to their home planet, but didn’t have a crew. They had seen Calvin’s unit in action, though, and knew it was the right one for the job. There was just one small problem–a second race of aliens was coming, which would end all life on Earth. Calvin’s platoon might want to do something about that, too.

Having won a terrestrial war with 30 troops, winning an interstellar war with nothing but a 3,000 year old cruiser should be easy, right? 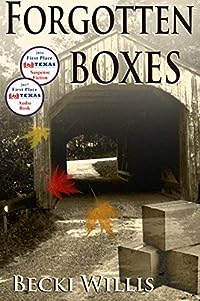 Named sole heir to her aunt’s estate, Charity Gannon arrives in the Northeast Kingdom of Vermont, hoping to find a link to her past. She’s not looking for lost treasures; she is searching for a connection to the aunt she barely knew.

What she finds is a thirty-something-year-old mystery and questions with no answers. A sad, secluded cottage, all but hidden amid the vines. A man’s suit of clothes, tainted with dried blood and a bullet hole. Four forgotten boxes, stuffed into a large bag and buried in the far corners of the shed.

These are not just any boxes. These are unopened, undelivered boxes, left behind by the now-defunct Kingdom Parcel. All four boxes are marked March 14, 1984… the very day her uncle, president and driver for the delivery service, was said to have committed suicide. Four forgotten boxes, whose owners might still be out there, waiting for a delivery that never arrived.

The undelivered boxes haunt Charity, tugging at her conscience. Hadn’t someone noticed them missing? Hadn’t anyone wondered about the failed delivery? Thinking it might be fun to surprise the recipients after all these years, Charity sets out to deliver the packages to their rightful owners.

The story behind one box is delightful. Another is heartbreaking.
And one might very well be the death of her. 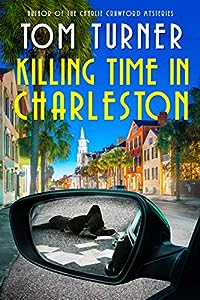 Nick Janzek is a Boston cop with a dark, tragic past. Dark because of his father’s ties with Whitey Bulger. Tragic because of what happened to his wife.

But now he’s starting over in Charleston. No brutal winters. No bullying despot of a boss. No staring down at stiffs on the mean streets of Beantown.

As he drives into Charleston behind the wheel of a U-Haul, taking in the sweet smells of Confederate Jasmine and gardenias, he gets a call. And before he can even unpack, he’s got a murder on his hands. A murder that could change the entire face of Charleston.