It’s Starts With A Pebble

One little pebble popped out of the shower floor yesterday. It has begun. Yes, I will try to just glue it back it, and it might hold for another year, but it will never go back exactly the same and I will always see that little pebble sticking out like a sore thumb on the shower floor. The master bathroom is falling apart and its time to remodel. I seriously do not want to have to go through that though. I hate spending all that time nagging hubby to keep working, and to complete the project. It’s tiring asking him again and again to keep going. Not to mention somehow I will end up having to paint baseboards. I HATE painting baseboards. There aren’t even baseboards in the bathroom, yet somehow I will have to paint those ….things. I can feel my blood pressure going up as I type. GET BACK IN YOUR SPOT LITTLE PEBBLE!!! Not today little pebble…not today.

Galaxies away Loki, Norse God of Mischief and Chaos, is waking up in a prison cell, strangely without a hangover, and with no idea what he’s done wrong — this time anyway. He does know Thor is hiding something, Odin is up to something wicked, and there seems to be something he’s forgotten…
Amy’s and Loki’s fates are about to collide. They’ll have to work together to defeat gods, elves, magic sniffing cats, and nosy neighbors. If Loki can remember what he’s forgotten, and Amy can convince him not to be too distracted by Earthly gadgets, Earthly pleasures, or three day benders, they just might pull it off…

This first installment of the USA TODAY bestselling I Bring the Fire is for anyone who suspects chaos and mischief makers might have their own redeeming qualities, and anyone who just wants a good fantasy romp through modern Earth, ancient Asgard, and beyond!

Three Teen Choice Awards, One Emmy Nomination, and several Maxim covers later, Maizie Albright was an ex-teen star, stuck in reality show hell, and standing before a California judge.
She has one chance for a new life: return home to Black Pine, Georgia, and get a job that has nothing to do with show business.
So why not become a private detective — the person she played during the happiest days of her life?
Maybe because…
First: She’s got 10 days to get and keep the job.
Second: She has to convince the only private investigator in town to hire her.
Third: She lost the client’s wife on the first day. (And the woman may be dead… )
Fourth: She just might be falling in love with her new boss. And she just might have lost him his business.
But what has she got to lose, other than imprisonment, her dignity, and possibly, her life? 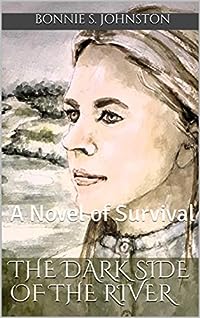 The Dark Side of the River: A Novel of Survival
by Bonnie S. Johnston

Historical novelist, Bonnie S. Johnston, brings to life the story of Elizabeth Blackmore Sollars, who, over two centuries ago, endured hardships and losses almost unimaginable today. Using Elizabeth’s own words, the author describes her move from her wealthy Maryland home to the frontier of Pennsylvania. From there, she is taken by her Revolutionary War veteran husband to the bloody wilderness of Kentucky where she is confronted by Indian depredations as they crossed the Ohio River to eliminate the encroaching settlers. 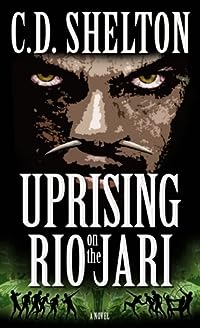 Uprising on the Rio Jari (The Age of Eternal Fire Book 3)
by C.D. Shelton

Uprising on the Rio Jari is the culmination to C.D. Shelton’s trilogy of the Deer People tribe. The trilogy’s central theme is survival, honor, bravery, innovation, love and friendship with non-stop action and adventure.

Beginning with The Age of Eternal Fire, and followed by Journeys in the Primal Forest. Uprising on the Rio Jari, begins twenty years later with a dream foretelling of an upcoming invasion by a tribe called the Bone People. The Bone People tribe are savage marauders, who raid smaller tribes, kill, rape, and take their women for slavery.

Uprising is a thrilling, nail-biting, action adventure guaranteed to keep you on the edge of your seat. 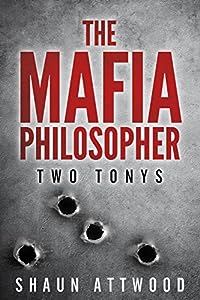 After a dispute with an outlaw motorcycle club, Two Tonys left a trail of corpses from Arizona to Alaska. On the run, he was pursued by bikers and a neo-Nazi gang blood-thirsty for revenge, while a homicide detective launched a nationwide manhunt.

As the mist from his smoking gun fades, readers are left with an unexpected portrait of a stoic philosopher with a wealth of charm, a glorious turn of phrase and a fanatical devotion to his daughter.