I hate ham. I saw a cookbook that mentions ham, and I got completely grossed out. Ham is way too smooth and shiny, and you can cut it in any direction. That right there makes me cringe. Ham is the reason why Easter is not on my favorite holiday list. I wish ham NEVER existed. But I do like it in mac n cheese….humph. Fine, ham can stay as long as it’s in mac n cheese. 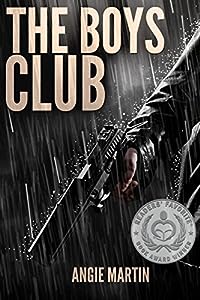 The Boys Club
by Angie Martin

From the award-winning, bestselling author of Conduit

Growing up a homeless juvenile delinquent left its mark on Gabriel Logan. He lived a throwaway existence until a former FBI agent recruited him for a fringe organization for boys like him, ones who could operate outside the law for the sake of justice. As an adult, he sets an example for the others and is slated to take over their group, until his work results in the murder of his pregnant wife.

Going through the motions of everyday life, Logan does only what’s required of him with one goal in mind: kill Hugh Langston, the man responsible for his wife’s death. When he’s handed the opportunity to bring Langston down, he jumps at the chance, but the job will challenge him more than anything in the past. Not only does he have to save Langston’s daughter from her father’s hit list, but the job seems to have come to them a little too easily. Logan must find a way to not only rescue the one woman who can take down his biggest enemy, but also look into the men he trusts most to discover which one of them is betraying The Boys Club. 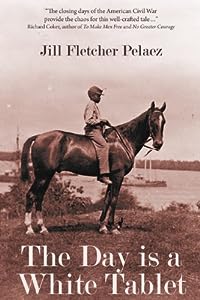 The Day is a White Tablet
by Jill Fletcher Pelaez

In this gripping Southern saga, America is in the final days of the Civil War, the bloodiest conflict ever waged on her soil. Tench Traymore, a free black teen, has been following his older white cousin, Lance Traymore, as his cook. The two young men grew up together and are inseparable as they fight under the command of General Pickett.

But when Lance dies in battle, Tench is left alone. With a few of his cousin’s possessions — a horse called Night, his boots, and his journals — Tench travels home to Georgia. Discovering the Traymores have moved to Florida, he heads south in search of them. On this treacherous journey and encountering those who would stop him, Tench gains courage as he faces this changed world on his own. 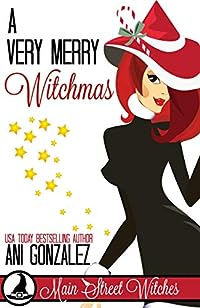 It’s Christmas in Banshee Creek and Kat Ramos and her witch friends face their greatest challenge yet — baking. It’s the First Banshee Creek Holiday Cookie Contest and the girls all want to win. But cooking can be tricky in the Most Haunted Town in America, particularly when a creepy urban legend is making the rounds… and there is a formidable new witch in town. Will Kat win the coveted first prize, or will the new arrivals make her life hell… literally. 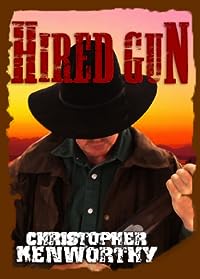 The grasping landowner Morgan Fetterman is determined to get the lovely Jemima Penrose off her ranch.

But when Jemina resists, he brings in some muscle to finish the job.

But Luke Horn isn’t just a gun for hire.

So he sides with Jemima and her foreman, Fed Sauermann, to get the rustlers off her land and bring Fetterman’s plans tumbling down.

When the three are driven off the ranch, they find a hideout in the hills to hatch a plan to reclaim the ranch.

It’s not long before Luke Horn find himself fighting for his life – and the land of the woman he loves.

Hired Gun is a thrilling saga of gunplay and romance, perfect for fans of classic Western adventure. 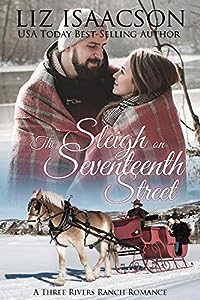 A cowboy with skills as an electrician tries a relationship with a down-on-her luck plumber. Can Dylan and Camila make water and electricity play nicely together this Christmas season? Or will they get shocked as they try to make their relationship work?

With a new development going in on the north end of Three Rivers, Camila Cruz is desperate to win the plumbing bid for the mom-and-pop plumbing shop she joined when she came to town four years ago. The project would keep the shop open and allow Cami to buy it from the owners who are ready to retire. It would be the perfect Christmas present.

Dylan Walker is determined to win the bid for Three Rivers Electric Company as well, and the only friendly face he can find at the announcement meeting is Cami’s. Okay, semi-friendly. She’s heard a lot of rumors about the handsome electrician who moonlights as a cowboy, and she doesn’t need her wounded heart to get another shock.

When they both win their respective bids and start to work together, sparks fly professionally and personally. But as Cami watches Dylan interact with the townspeople during the Three Rivers Christmas celebrations, she sees a very different man than her initial assumptions. With mistletoe and Santa’s sleigh in play, can Dylan and Cami have the faith they need to make water and electricity play nicely together this holiday season?

**NOTE: This book used to be titled Love’s Spark, but has been expanded by 20,000 words and rewritten to be included in the Three Rivers Ranch Romance series. It is QUITE different than the original story.**