He is smiling at me right now. It’s creeping me out. He got here on the first of December, and got right to work spying on my family. I don’t trust anyone that smiles that much. We aren’t in a small quaint town called Christmas Town, and this isn’t a Hallmark Original Movie, so what’s he smiling so hard for? If you stare at him long enough you can see his smile start to fade. Not a lot, but just a little. Enough to make you question if your Elf on the Shelf has more sinister intentions. Why hasn’t there  been a horror movie made about this guy yet? 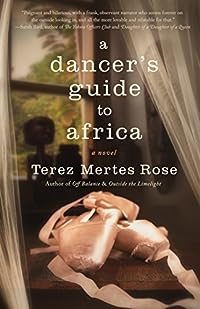 A Dancer’s Guide to Africa
by Terez Mertes Rose

Fiona Garvey, ballet dancer and new college graduate, is desperate to escape her sister’s betrayal and a failed relationship. Vowing to restart as far from home as possible, she accepts a two-year teaching position with the Peace Corps in Africa. It’s a role she’s sure she can perform. But in no time, Fiona realizes she’s traded her problems in Omaha for bigger ones in Gabon, a country as beautiful as it is filled with contradictions.

Emotionally derailed by Christophe, a charismatic and privileged Gabonese man who can teach her to let go of her inhibitions but can’t commit to anything more, threatened by an overly familiar student with a menacing fixation on her, and drawn into the compelling but potentially dangerous local dance ceremonies, Fiona finds herself at increasing risk. And when matters come to a shocking head, she must reach inside herself, find her dancer’s power, and fight back.

Blending humor and pathos, A DANCER’S GUIDE TO AFRICA takes the reader along on a suspense-laden, sensual journey through Africa’s complex beauty, mystery and mysticism. 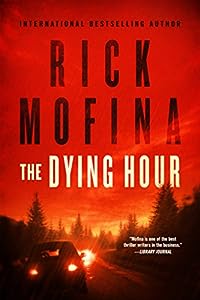 The Dying Hour introduces Jason Wade, a rookie crime reporter with The Seattle Mirror, a loner who grew up in the shadow of a brewery in one of the city’s blue-collar neighborhoods. At The Seattle Mirror, he is competing for the single full-time job being offered through the paper’s intense intern program. But unlike the program’s other young reporters, who attended big name schools and worked at other big metro dailies, Wade put himself through community college, and lacked the same experience.

Wade struggles with his haunting past as he pursues the story of Karen Harding, a college student whose car was found abandoned on a lonely stretch of highway in the Pacific Northwest. How could this beloved young woman with the altruistic nature simply vanish?

Wade battles mounting odds and cut-throat competition to unearth the truth behind Karen Harding’s disturbing case. Her disappearance is a story he cannot give up, never realizing the toll it could exact from him. The Dying Hour is a bone-chilling, mesmerizing page-turner that introduces readers to an all-too-human young hero who journeys into the darkest regions of the human heart to confront a nightmare. 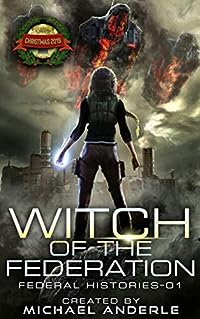 Witch Of The Federation (Federal Histories Book 1)
by Michael Anderle

The future has amazing technology. Our alien allies have magic. Together, we are building a training system to teach the best of humanity to go to the stars.

But the training is monumentally expensive.

Stephanie Morgana is a genius, she just doesn’t know it.

The Artificial Intelligence which runs the Virtual World is charged with testing Stephanie, a task it has never performed before.

The Earth and their allies, may never be the same again.

Will Stephanie pass the test and be moved to the advanced preparatory schools, or will the system miss her? Will the AI be able to judge a human’s potential in an area where it has no existing test data to compare?

PLEASE NOTE: THIS IS A LARGE BOOK.

The Federal History Project (We Bring the Federation’s Past to the Present(TM)) will release this as three mini-volumes sometime in the future (as we have the opportunity.)

There are approximately 185,000 words in this Volume.

The Wind Guardian: A Thriller
by Frank Scozzari

With the help of three inside men, a group of extremists targets a nuclear power center with the intent to spread deadly radiation to the world.

This harsh reality is lost on security guards Cameron and Grace, who have temporarily deserted their posts for a romantic tryst. When they realize what’s happening in the power plant, the two rally to thwart the terrorists’ plans.

But has their renewed commitment to duty come too late? 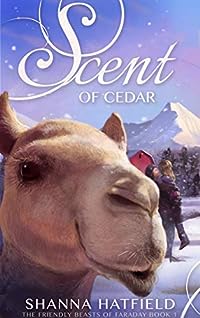 She needed a change of pace…

Cedar Haynes has a choice: change her high-pressure lifestyle, or end up dead by the time she’s thirty. Not one to do things by half measures, she quits her demanding corporate job, swaps her sports car for an SUV, and moves to the peaceful mountain community of Faraday. She envisions a quiet, peaceful Christmas, surrounding by silence and sparkling snow. When a camel takes up residence on her porch, she realizes small-town life may be more quirky and complicated than she imagined. Thankfully, the local mechanic seems to have all the answers – plus good looks, bad-boy charm, and a mysterious aura that leaves her wanting to know more.

Rhett Riggs left big city life behind the moment his small-town uncle needed his help. To make ends meet, he takes over Faraday’s one and only garage and gas station. He gets more than he bargained for, though, when Uncle Will passes away, leaving Rhett a run-down farmhouse, a wacky camel named Lolly, and a deep-rooted love for the community he considers his home. With the holidays approaching, he watches with interest as a new neighbor moves in next door. He waits for Lolly to send the woman running, like she has the last handful of residents. Only this time, if his beautiful neighbor leaves, she’ll take his heart with her.

Between spilled secrets, mistaken identities, and a camel determined to spread a little love, it will take more than mistletoe and holiday magic to help Rhett and Cedar find their happy ending.

Come along on a sweet Christmas romance adventure sure to uplift the spirit, touch the heart, and imbue the warmth of the holiday season.