This is a post I put on my personal FB page a few years back. Thought it would be a good one tro share with you guys today.

Kids today think they are bada$$e$ in their big trucks their parents bought them. They will never be as bada$$ as my dad in his deuce and a half in Germany in 1954. I have no idea what a deuce and a half is, but that’s my dad and he is epic. So there. 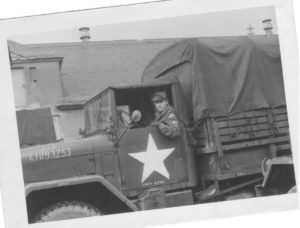 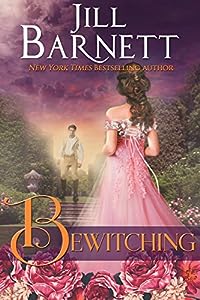 From renowned New York Times Bestselling Author Jill Barnett comes the remarkable love story that rocked the romance genre with its ingenous, unique, and heartwarming characters. Forced by circumstance into a marriage of convenience with one of England’s most prestigious dukes, Joy McQuarrie hides a scandalous secret.

Alec Castlemaine, Duke of Belmore, one of the wealthiest and proudest lords in England, has been rejeced by the woman he believed to be the perfect wife–a beauty whose bloodline is flawless and whose family is scandal free. His plans for the future have gone up in smoke… until a chance encounter with an oddly intriguing young Scottish lass catapults Alec into a rash proposal and what he thinks will be a most convenient marriage. But his new wife has wedding night secrets to reveal, and soon Alec’s reserved, staid, and proper life is anything but convenient… 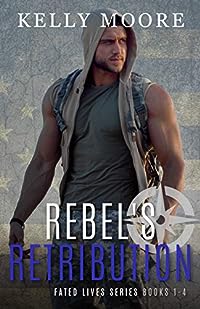 As the leader of his Seal Team: Derrick Rebel has lost everything, betrayed by the woman he loved. He’s become a man without purpose. Until… the one surviving member of his team pushes him to help a woman in need.

Joining forces for an action-packed adventure, they form a task team in honor of the men that were lost. They hurtle themselves deep into a criminal organization marketing men, women, and children. Anyone is fair game.

To destroy the organization, one will become the criminal, the other will be forced to confront unfinished business from his past. One of them… will never be the same. 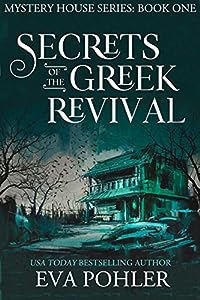 Ellen and her two best friends share a mid-life crisis by hatching a plan to renovate an 1860’s Greek revival in the nearby historic district of San Antonio. Although Ellen isn’t one to believe in ghosts, she comes face to face with something inexplicable in the attic. Her ghost-enthusiast friends convince her that they must help the spirit find closure, and as they dig deeper into the past, they uncover a shocking history that someone in the neighborhood doesn’t want exposed. But Ellen and her friends don’t give up easily. They realize they’ve been called to give voice to the invisible women who suffered behind the walls of the house for decades. 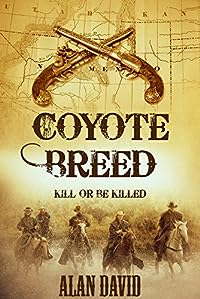 When Chet Boardman, Texas Ranger, arrives in Burnt Hill hot on the trail of the ruthless Coyote gang, he doesn’t expect to run into them so quickly.

But they get the drop on him and leave him bleeding to death in the desert.

But it takes more than that to finish off Chet Boardman.

Now he’s not just after the gang, but revenge as well.

Five rangers have already been killed by The Coyotes and Chet Boardman is going to have to keep his wits about him and his identity to himself, if he doesn’t want to be the sixth.

Of course, the first person he runs into finds his papers proving he’s a ranger.

And then the beautiful singer down at the Saloon recognises him straight away.

To make matters worse, there’s a leak down at the law office so once the Sheriff finds out the whole town will know.

But Chet isn’t giving up easy and he’s determined to bring The Coyotes to justice even if he has to do it single-handed.

Coyote Breed is a thrilling tale of intrigue, revenge and honour, perfect for fans of Louis L’Amour and Zane Grey. 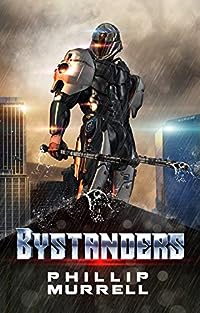 That’s what Claire Kennedy’s boss told her. Claire doesn’t care. She’s prepared to risk her life to land an interview with her city’s superhero. The mysterious vigilante is a demolition force against the criminal empire operating inside Colberton. He won’t identify himself to the public, so Claire will assign him a name herself. She’s willing to create other “facts” as necessary, anything to get a promotion at Data to Information News.

The hero, Votary, cares not for her goals. Nor does Votary worry about the actions of the police or criminals. The city must be protected from itself and outside threats. Votary is the only person capable of this, though the methods used will lead to death and trauma for many citizens of Colberton. Most will debate the methods of this crusader. Some support Votary, others fear the vigilante, but none will know the person beneath the armor, despite trying.