The Pumpkin Just Wanted To Be a Rabbit

A few Price Drops to make pie taste even better. 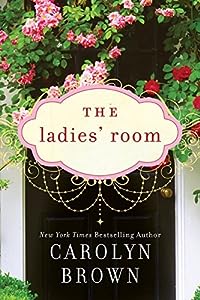 The Ladies’ Room
by Carolyn Brown

Secrets told in the church ladies’ room are supposed to stay in the ladies’ room. But that doesn’t mean that what Trudy overhears there during her great-aunt Gertrude’s funeral won’t change the rest of her life.

Trudy has a daughter in the middle of a major rebellion, a two-timing husband who has been cheating for their entire married life, and a mother with Alzheimer’s residing in the local nursing home. She doesn’t really need a crumbling old house about to fall into nothing but a pile of memories and broken knickknacks.

Billy Lee Tucker, resident oddball in Tishomingo, Oklahoma, lived next door to Gert, and in her will she leaves him the funds to help Trudy remodel the old house. That’s fine with Billy Lee, because he’s been in love with Trudy since before they started school. And just spending time with her is something he’d never ever allowed himself to dream about.

A beautiful home rises up from the old house on Broadway, and right along with it rises up a relationship. But is Trudy too scarred from what she heard in the ladies’ room to see a lovely future with Billy Lee? 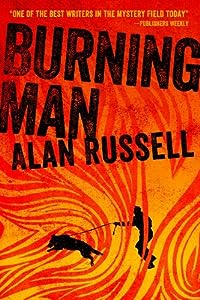 LAPD cop Michael Gideon and his police dog partner Sirius became reluctant celebrities after capturing a notorious serial killer in the midst of an inferno. For their heroism, they were chosen to head up the newly formed Special Cases Unit. Now the duo tackles out-of-the-ordinary cases, anything deemed unusual or bizarre even by Hollyweird standards.

When a teenager is found crucified in a city park, Gideon and Sirius are handed the bizarre case. Confronting the gruesome tableau and having to work the case worsens Detective Gideon’s PTSD, a condition he has tried to hide from others. Gideon’s burns may have healed, but the fire haunts him still… in more ways than one.

Eerily prescient since that terrible night of the fire, Gideon has unusual insights into the crimes he investigates, a skill he and Sirius must learn to trust as much as they do each other if they are to solve — and survive — this case. 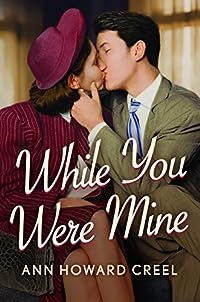 While You Were Mine
by Ann Howard Creel

Everything she loved could so easily be lost.

The end of World War II should have brought joy to Gwen Mullen. But on V-J Day, her worst fear is realized. As celebrating crowds gather in Times Square, a soldier appears on her doorstep to claim Mary, the baby abandoned to Gwen one year earlier. Suddenly Gwen is on the verge of losing the child she has nurtured and loves dearly.

With no legal claim to Mary, Gwen begins to teach Lieutenant John McKee how to care for his child, knowing that he will ultimately take Mary away. What starts as a contentious relationship, however, turns into something more, and Gwen must open her heart to learn that love means taking chances.

While You Were Mine paints a vivid portrait of 1940s New York and tells an enchanting tale of the nature of love and trust. 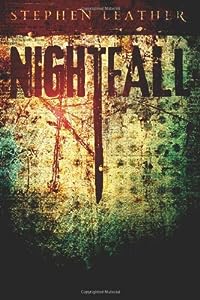 These are the words that ended Jack Nightingale’s career as a police negotiator. Now a struggling private detective, the chilling words return with a vengeance when Jack inherits a mansion with a priceless library — and a terrifying warning from a man who claims to be his father.

Nightingale quickly learns his soul was sold at birth and a devil will come to claim it on his thirty-third birthday, which is just three short weeks away. It’s a hard pill to swallow. He doesn’t believe in Hell and probably doesn’t believe in Heaven either. But when people close to him start to die horribly, he is led to the inescapable conclusion that real evil may be at work. And if he doesn’t find a way out, he’ll be damned for eternity. 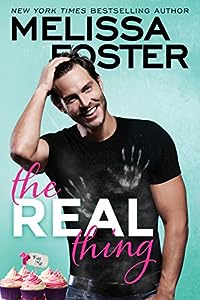 Bakery owner Willow Dalton’s friendship with Zane Walker has always been a bit complicated. Now a scrumptiously hot A-list actor, Zane’s always had a reputation as a player. He’s arrogant, and he’s definitely not boyfriend material. Sure, he did Willow a favor by agreeing to take her virginity before college, but is that reason enough for her to go along with a fake engagement a decade later — even if it comes with a real diamond ring?

Zane should have known better. Nothing involving Willow has ever been easy. Still, he knows her better than anyone, and becoming America’s hottest new leading man means cleaning up his reputation. An “engagement” to curvy, sass-mouthed Willow is the perfect PR move… provided no one gets hurt.

Now Zane and Willow’s little white lie has turned into an irresistible recipe for sweet temptation. And soon no one will be able to tell the difference between their fake engagement and the real thing — including them. 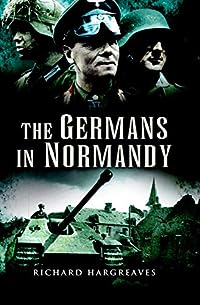 The Germans in Normandy
by Richard Hargreaves

This account of the D-Day invasion — from the German point of view — includes maps and photos.

The Allied invasion of Northern France was the greatest combined operation in the history of warfare. Up until now, it has been recorded from the attackers’ point of view — whereas the defenders’ angle has been largely ignored.

While the Germans knew an invasion was inevitable, no one knew where or when it would fall. Those manning Hitler’s mighty Atlantic Wall may have felt secure in their bunkers, but they had no conception of the fury and fire that was about to break. After the initial assaults of June established an Allied bridgehead, a state of stalemate prevailed. The Germans fought with great courage — hindered by lack of supplies and overwhelming Allied control of the air. This book describes the catastrophe that followed, in a unique look at the war from the losing side.