The Lights Still On.

It’s a very strange feeling in Sonoma County today. This week is the two year anniversary of the fires that destroyed many peoples homes, businesses, and lives. Many are still far from recovered. For a while now PG & E has warned that they would shut off the electricity in any areas they think the weather pose any fire danger. With the wind forecasted to be pretty strong, a scheduled outage is taking place today starting at midnight and is going to last up to four days. My house is just outside the zone to have the outage by only one street. I woke up this morning and the first thing I looked for was the little red light on the TV. I have never been so happy to see a little red light. We had prepared as best we could by filling up our gas tanks, charging our electronics and also understanding that there is a good chance any food in our refrigerators and freezers are going to be lost. It’s an eerie feeling this morning. 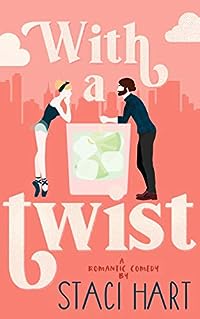 With A Twist (Bad Habits Book 1)
by Staci Hart

Love is somewhere near the bottom of Lily Thomas’ list of life goals, right next to competitive eating and underwater cave diving. She’s spent six years pirouetting and pliéing her way up the ranks of the New York Ballet with her eye on the prize and love in the back seat. But now that Blane Baker — Lily’s long time crush — is finally single, she’ll throw her rules out the window without thinking twice.

Reality with Blane isn’t as epic as the fantasy she imagined, and the truth sends her spinning straight into the arms of the man she never knew she’d always wanted.

West Williams has been friends with Lily since the day she moved into their building and he saved her armoire from a swift, sudden death by staircase. Their friendship has always been easy, the boundaries clearly defined. With neither of them willing to risk their relationship, they’ve drifted happily through the years as companions, never considering more.

That is, until they do. And that realization changes everything. 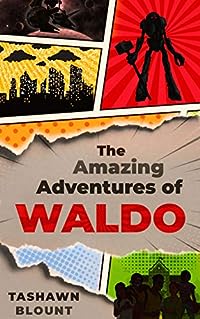 In his mind, he’s a superhero. In the real world, he might just destroy his high school…

Waldo would rather fantasize about defending Earth from aliens than face the drudgery of his junior year. But when the comic-book nerd falls for the most popular girl in his class, the only shot he’s got is to level the playing field…

Teaming up with two fellow outcasts, Waldo devises an unconventional plan to get the girl of his dreams: bring down every other cool kid that stands in his way. But as the truth about his classmates surfaces and his own fame grows, he fears his dangerous takedown is spinning out of control.

Is Waldo destined to be the hero of his fantasies, or will he blunder his way into accidental villainy? The Amazing Adventures of Waldo is a charming standalone YA novel. If you like clever heroes, fantasy meshing with reality, and plucky underdogs, then you’ll love Tashawn Blount’s heartwarming tale. 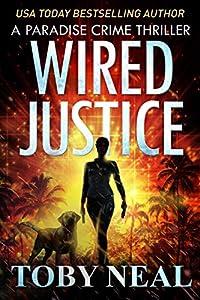 Paradise hides too many bodies.

How would you take on a serial killer?

Sophie Ang’s lovable dog Ginger has a nose for murder, and leads her tech sleuth mistress through perilous lava fields on the Big Island to a terrible discovery. Sophie is plunged into a new investigation with dynamic partner Jake Dunn, searching for a missing young woman who is just one of many. Sparks fly between the two as they dig into layers of deception and darkness, rousing the attention of true evil. 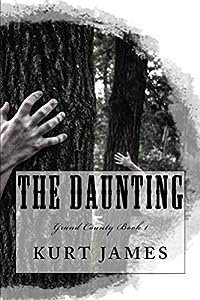 Former Green Beret and native Coloradoan Micah Trask went missing in the autumn of 1972 into the remote wilderness of Rocky Mountain National Park. Grand County, Colorado Undersheriff Dane Lee was Micah’s best friend and for four frustrating years there was never a clue about how or why Micah vanished into the mountain mist.
In the autumn of 1976, Craig Dale a wildlife photographer and author also disappeared into the obscure mountains leaving behind an unfinished manuscript named “The Daunting.” Within the pages of Craig’s book were clues about Micah and perhaps six other men that may have vanished within the boundaries of the Never Summer Mountains of the park.
Follow in the footsteps of Dane Lee and his girlfriend Deputy Sheriff Nickey Lynn Chavez as they try to unravel the mystery surrounding those who have faded into the secluded, unknown just below timberline. Not only does Dane Lee rely on Deputy Chavez but also his own Ute Indian heritage and the visions of his Great Grandfather the famous mountain man Matt Lee who the Ute Indians used to call “Ghost.”
Explore the Rocky Mountains in this tale of love, revenge, and murder with an ending you will not see coming.
This story by author Kurt James begs you to answer this question: What would you do if your best friend vanished? 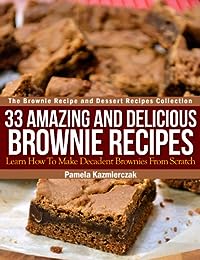 Welcome to the first volume of The Brownie Recipe And The Dessert Recipes Collection!!

Buy this book now at its introductory rate before we raise the price to the normal price of $5.97.

Do you want to know How To Make Different Kinds of Brownies?

If you are looking for a brownies recipe this is the cookbook for you! Learn how to make chocolate brownies and other types of homemade brownies today! Step away from that book mix and discover how easy it can be to make this delicious recipe from scratch!

The brownie is one of the most popular desserts with both adults and children as it is simple to prepare, delicious as well as a finger food, making it easy to eat! Learn how to make some of the best brownies today!

What kind of recipes are in 33 Amazing and Delicious Brownie Recipes – Learn How To Make Decadent Brownies From Scratch? There are recipes for brownies that are traditional (like chocolate, dark chocolate or dense and chewy) as well as some more gourmet selections. These are truly easy dessert recipes that anyone can make like a pro.

Are you looking for the perfect Recipe For Brownies? Learn about the recipes inside this book now!

Some Examples of the recipes for easy brownies include:

For a full list of what you can see inside, scroll up and click on the look inside feature and check out the Table of Contents!

DISCLAIMER – some of the brownie recipes contain alcohol.