All the time they spent bullying me in my own garden was worth it. My partner in crime and I did a hive inspection on the swarm in my yard and what we found was nothing short of fantastic. We only went as far as the top level, but what we found was certainly amazing. It was FILLED with capped honey. It was delightful to lift the frames out of the box, and feel the weight of the honey. We won’t be taking any honey this year, instead we will leave it for them to get through the winter. Next Spring though I am robbing them blind. Well… not exactly blind… mostly just taking a little bit. This also just reinforces my idea to plant even more plants that the bees will love. Nothing but lavender. We will have so much lavender at my house, that people will become instantly calm when they walk by my house and they will start doing Yoga on my front lawn. You will see me out there in my grey robe with a broom, shooing people away. 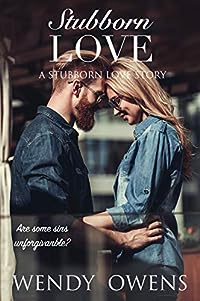 A gripping novel about personal demons… and discovering forgiveness for the unforgivable.

Emmie had never grieved for her husband because she was too busy feeling guilty for his death. When she decides to head to art school in New York she’s sworn off men and focuses on escaping her past. She never anticipated her new sexy landlord being such a tempting distraction, though.

Colin had never met someone trustworthy, including his own family members. Women were no different. That’s when she walked into his life. Emmie had no interest in him which only made him want her more and Colin always got what he wanted.

Will Emmie’s secrets and closed-off heart prove too much of a challenge, even for the persistent Colin? 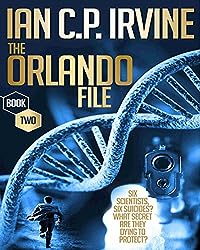 The Orlando File is a fast paced, gripping medical, mystery and detective thriller with a thrilling twist.

When Kerrin Graham, a retired cop and now an investigative journalist with the Washington Post, receives a call in the middle of the night, his life is about to be turned upside down.

Six of the world’s leading geneticists have all ‘committed suicide’ in the past seven days, his brother-in-law being the latest to die. Establishing that those who died were all employees of the Gen8tyx Company, a secretive research company based in Orlando, Kerrin sets out to discover the truth behind their deaths.

Discovering that those who died were killed to stop them unveiling the results of their revolutionary stem-cell research, a discovery that could usher in a new age of hope and health for all humanity, Kerrin vows to find who was responsible for their deaths and to uncover the powerful secret they were killed to protect.

On a trail that takes him around the world and back, Kerrin uncovers a sinister organization that will stop at nothing to protect the secret behind the mysterious ‘Orlando Treatment’.
When those around him start to die, and his wife disappears, it becomes a race against time to find the missing ‘Orlando File’, the only hope of saving his crippled wife and proving to an unsuspecting world, the truth behind the sinister Chymera Corporation of America.

And yet, when Kerrin eventually understands just what the Orlando File contains, he is faced with a choice no man should ever have to make, and everyone who reads this book must ask the same question:
“What would I do, if I were him?”… and anyone who reads this book could learn a simple little known medical fact that could extend their life by 20 years. 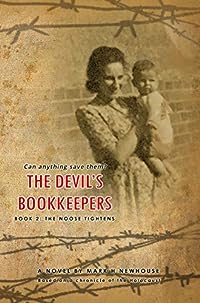 The Devil’s Bookkeepers: Book 2: The Noose Tightens
by Mark Newhouse

Can anything save them? 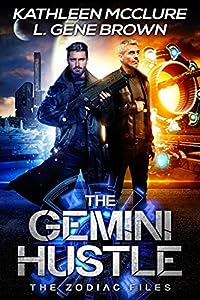 The Gemini Hustle: Book One of The Zodiac Files
by Kathleen McClure, L. Gene Brown

A perfect assassin. A disgraced lawman. One planet may not be big enough for both of them to survive…

Ray Slater is ready to exit the hitman game. Afraid he’s become more weapon than man, he’s itching to escape the deadly life that’s caging him. But he never expected his survival would depend on an interplanetary cop…

Harry Finn is dead set on closing his last case. But when the dishonored Marshal burns his cover — along with an Ócala watering hole — his only shot at redemption means partnering with the assassin.

Outnumbered and outgunned, Ray and Harry plunge deep into an interstellar crime syndicate with two psionically-powered sirens as their guides. On a planet where all guns seem to be trained on them, the hitman and the operative must learn to work together to make it out alive. If they don’t kill each other first…

The Gemini Hustle is the first standalone sci-fi thriller in the Zodiac Files series. If you like snarky banter, three-dimensional characters, and edge-of-your-seat action, then you’ll love McClure and Brown’s spy-fi thrill-ride. 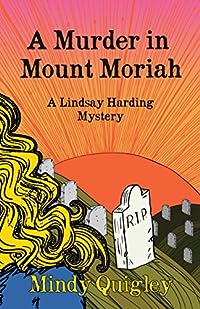 For hospital chaplain Lindsay Harding, facing death is part of the job. After all, she spends her working days comforting sick and dying patients. But when the annual Civil War reenactment in her hometown of Mount Moriah, North Carolina produces a real casualty, the Grim Reaper suddenly gets a little too close for comfort. With the clock ticking, the police struggle to unravel how and why a beloved local re-enactor was shot in front of hundreds of on-lookers. As fingers point and tempers flare, another victim ends up laid out on Lindsay’s front porch.

Lindsay’s life is in danger, but her efforts to expose the century-old sins that lie at the heart of the mystery are undermined by her disastrous love life, her no-good mother, and a ninja-like squirrel–not to mention the small matter of a dangerous killer who’ll stop at nothing to keep a sinister secret. Will courage, curiosity, and Lindsay’s irreverent brand of religion be enough to catch the killer before she becomes the next victim?

All the while Lindsay is torn between her attraction to the hospital’s new doctor, an Adonis in surgical scrubs, and her fractious, flirtatious relationship with the (sort-of) married detective investigating the murder.

When Lindsay threatens to expose century-old sins that shaped the very soul of Mount Moriah, the murderer gets too close for comfort and threatens Lindsay’s chance at a happy ending.