QUICK! Grab those mice before they bowl a perfect game! 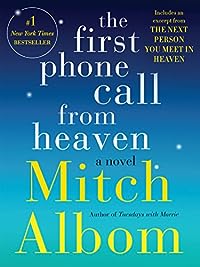 The First Phone Call From Heaven: A Novel
by Mitch Albom

The First Phone Call from Heaven tells the story of a small town on Lake Michigan that gets worldwide attention when its citizens start receiving phone calls from the afterlife. Is it the greatest miracle ever or a massive hoax? Sully Harding, a grief-stricken single father, is determined to find out. An allegory about the power of belief — and a page-turner that will touch your soul — Albom’s masterful storytelling has never been so moving and unexpected.

Readers of The Five People You Meet in Heaven will recognize the warmth and emotion so redolent of Albom’s writing, and those who haven’t yet enjoyed the power of his storytelling, will thrill at the discovery of one of the best-loved writers of our time. 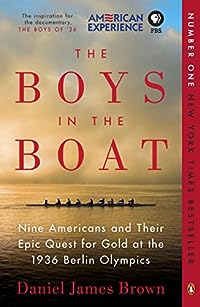 The Boys in the Boat: Nine Americans and Their Epic Quest for Gold at the 1936 Berlin Olympics
by Daniel James Brown

For readers of Unbroken, out of the depths of the Depression comes an irresistible story about beating the odds and finding hope in the most desperate of times — the improbable, intimate account of how nine working-class boys from the American West showed the world at the 1936 Olympics in Berlin what true grit really meant.

It was an unlikely quest from the start. With a team composed of the sons of loggers, shipyard workers, and farmers, the University of Washington’s eight-oar crew team was never expected to defeat the elite teams of the East Coast and Great Britain, yet they did, going on to shock the world by defeating the German team rowing for Adolf Hitler. The emotional heart of the tale lies with Joe Rantz, a teenager without family or prospects, who rows not only to regain his shattered self-regard but also to find a real place for himself in the world. Drawing on the boys’ own journals and vivid memories of a once-in-a-lifetime shared dream, Brown has created an unforgettable portrait of an era, a celebration of a remarkable achievement, and a chronicle of one extraordinary young man’s personal quest. 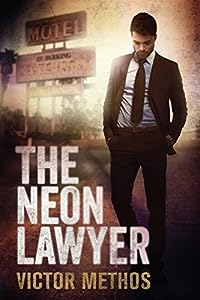 The Neon Lawyer
by Victor Methos

With money and hope in short supply, newly minted attorney Brigham Theodore decides it’s time to lower his standards. He joins a seedy fly-by-night firm in Salt Lake City out of desperation. After he loses his first case — a speeding ticket — he’s convinced his career is over. But to his shock, his boss hands him a slightly more complex case: capital murder.

Brigham’s new client is Amanda Pierce, a lost, exhausted woman who gunned down the man who tortured and killed her six-year-old daughter. A jury may prove sympathetic to her unbearable pain, but the law is no fan of vigilante justice — and neither is Vince Dale, the slick and powerful prosecutor who’s never lost a murder case. There’s no question that Amanda pulled the trigger — she did it in front of five witnesses. If she pleads guilty, she will avoid a death sentence, but saving her life this way comes with an admission that what she did was wrong. However, if she refuses the “guilty” label, Brigham will have no choice but to fight for his career — and Amanda’s life. 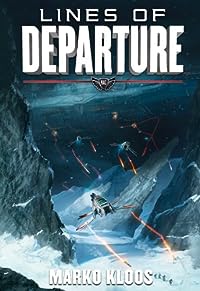 Humanity is on the ropes, and after years of fighting a two-front war with losing odds, so is North American Defense Corps officer Andrew Grayson. He dreams of dropping out of the service one day, alongside his pilot girlfriend, but as warfare consumes entire planets and conditions on Earth deteriorate, he wonders if there will be anywhere left for them to go.

After surviving a disastrous space-borne assault, Grayson is reassigned to a ship bound for a distant colony — and packed with malcontents and troublemakers. His most dangerous battle has just begun.

In this sequel to the bestselling Terms of Enlistment, a weary soldier must fight to prevent the downfall of his species… or bear witness to humanity’s last, fleeting breaths. 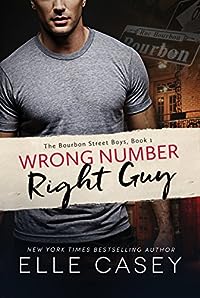 When a mysterious text message summons May Wexler to a biker bar in downtown New Orleans, she knows something is very wrong. Her sister has sent out an SOS, but when May gets there, she’s nowhere to be found and May is the one in trouble — she’s wearing pink espadrilles, she’s got a Chihuahua in her purse, and she’s in the middle of a shootout.

After tall, muscular Ozzie comes to her rescue, May has no choice but to follow him to safety. At the headquarters of his private security firm, the Bourbon Street Boys, she finds a refuge for the night — and the offer of a job. But it’s not long before a gun-toting stalker isn’t the only complication in May’s life: the more time she spends with Ozzie, the less she can deny that they’ve got some serious chemistry. A wrong number got her into this mess… Will it also get her the right guy? 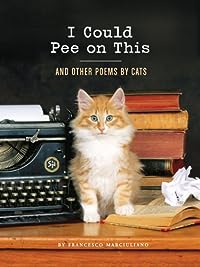 I Could Pee on This: And Other Poems by Cats
by Francesco Marciuliano

Cat lovers will laugh out loud at the quirkiness of their feline friends with these insightful and curious poems from the singular minds of housecats. In this hilarious book of tongue-in-cheek poetry, the author of the internationally syndicated comic strip Sally Forth helps cats unlock their creative potential and explain their odd behavior to ignorant humans. With titles like “Who Is That on Your Lap?,” “This Is My Chair,” “Kneel Before Me,” “Nudge,” and “Some of My Best Friends Are Dogs,” the poems collected in I Could Pee on This perfectly capture the inner workings of the cat psyche. With photos of the cat authors throughout, this whimsical volume reveals kitties at their wackiest, and most exasperating (but always lovable). Plus, this is a fixed-format version of the book, which looks nearly identical to the print version.