Not Taking Questions At This Time

Amazon keeps tattling on me, sending alerts to hubby that I bought something. I NEED A FAKE STONE WALL…..NO QUESTIONS!!! 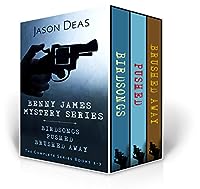 Ex-FBI agent Benny James tries to disappear and retire on a houseboat in this sleepy lake town, but the local police won’t let him spend his days basking in the sun. Murder comes to town and they need his help.

He’s cool, calm, and you guessed it – collected. The FBI calls it fired but Benny would rather use the term retired when talking about his former career. He was the best of the best and even though he doesn’t want to admit it, he’d like a shot at redemption.

Red was raised deep in the Ozark Mountains by deaf-mute parents away from the world. He’s a young guy who talks like a drunk four-year-old and will steal your heart and have you laughing out loud with his view of the world. Red was only supposed to stick around for the first book, but I had so many emails from people who fell in love with his character that he hangs around for all three.

With over 500 five star reviews of the series, readers love Benny, Red, and the rest of the quirky cast of characters. Since its original release, Birdsongs has been revised and all the books have been professionally edited and reformatted for an optimal reading experience. I hope you will enjoy the Benny James Mystery Series and have as much fun reading it as I did writing it.

Start a new mystery series today with just one click!

You can read this entire collection for free with Kindle Unlimited

Fired FBI agent Benny James is pulled out of retirement to hunt a serial killer. At each scene the killer leaves dead birds and other odd clues. The strange occurrences press Benny to his max as he tracks down a killer and seeks redemption.

Benny James is whisked into action by TV evangelist, Reverend Jim, who heads a mega church in Mississippi and has a major problem. Reverend Jim’s son, Brother Jim, has taken his battle against sin to the extreme. Attractive young women are being “baptized” by being pushed from bridges.

When a bloody painting is found hanging on a café wall, Benny James finds a string of bizarre art pieces, which lead to discarded bodies. As the list of suspects grows, a couple of artists living in a broken down plantation house piques his interest. One of the artists has the odd habit of taking on the personalities of others. The other has a secret she is desperately trying to hide. 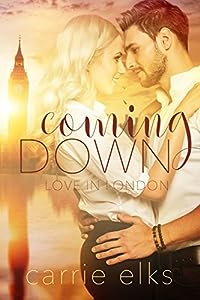 Coming Down (Love in London Book 1)
by Carrie Elks

An emotional second-chance romance to grab your heart and keep you turning the page…
Once upon a time a talented art student met a beautiful girl, and their lives exploded into colour. For one long, hot summer at university, Niall Joseph and Beth Lawrence were the king and queen of the campus.

And then their world turned black.

Nine years later, Niall is now a talented artist, and is freshly back in London after spending years in New York. He walks straight back into Beth’s life, lighting her up in a way she hasn’t shone for years.

She isn’t looking for a relationship. He isn’t searching for anything more than friendship. And yet in each other they both find the thing they’re looking for – redemption.

But things aren’t as easy as they seem. And they’re about to get even more complicated. 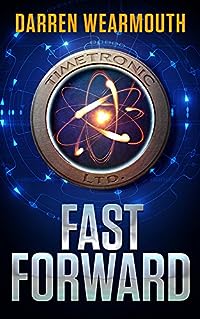 Imagine having your life ripped away… And somebody you trust offers offers a way out that looks too good to be true… Would you take the risk?

After recovering from near-fatal injuries sustained on a mission, Luke Porterfield is offered a second opportunity to fight terrorism by a private venture. He is drugged and stored in bleeding-edge technology before agreeing to the deal, and wakes to an uncertain fate.

In the vastly changed and advanced city of London, Luke is tasked to defeat a deadly and elusive terrorist group. When his mission unearths a five-decade-long conspiracy, the explosive consequences force him into a fight for his life, and the lives of every citizen…

Fast Forward is a fast-paced technothriller, packed with action, unexpected twists, and technologies destined to be part of our future. 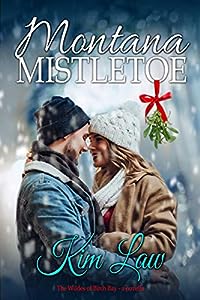 She has the chance to create the future she wants… but first she’ll have to face her past.

Young, vibrant, and willing to confront any obstacle in her path, Bree Yarbrough has spent the last few years traveling the world and learning from the great artists. Only, her work has yet to strike a lasting chord. When her hometown mentor reaches out with an opportunity that will set her on the path to success, she knows she can’t say no. But once back in Silver Creek, she discovers she isn’t the only one who’s returned home. Justin Cory has as well — and he’s living next door. She may have made a fool of herself over him before, but Bree isn’t the kind of girl to let past mortification stand in the way of something she wants.

The last ten years of Justin Cory’s life has been driven by one focus: go to school, get his physical therapy degree, and return home so he can be there for his mom. But now that he’s back, he can’t stop thinking about the night that changed his life forever — and the guilt he can’t escape. Fun, irresistible, and once-best-friend Bree seems like the perfect distraction. She isn’t sticking around past the holidays, so he doesn’t have to worry she’ll expect more than he can give. But as they spend the season together, stolen mistletoe kisses start to feel all too right. However, with the future uncertain and the past hanging over them, it may take more than mistletoe to get from Christmas to forever. 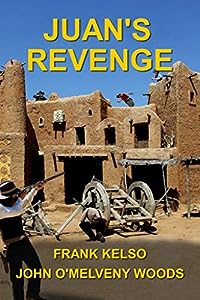 When a bandit took his niece captive, Jeb took her back!

If there’s one thing Jeb Benjamin believes in, it’s family. Now a happily married man with a baby on the way, Jeb settles into Eagle Pass, TX as the County Sheriff. His niece, Becky, is safe, her ranch is in good hands, and Sergeant O’Rourke is the Town Marshal. Life is good.

Juan Cortiña is known as the “Bandit King.” A general in the Mexican army, he commands twenty-five-hundred irregulars. With Jeb’s partner, Zach, in Colorado, Juan plays a waiting game, but the dominos he set-up are tumbling.

Will Juan make Becky, the golden-haired gringa, pay for his brother’s death?

Those gringos don’t stand a chance in Hell.

Two thousand-to-one aren’t good odds, but Jeb’s faced impossible odds before, and he’s handy with a stick of dynamite, but do his skills stand a chance against Cortiña’s army?

Juan’s Revenge is the 3rd dramatic story in the Jeb & Zach series of gritty westerns.

If you like westerns with a heaping side of historical fact and some serious cowboy attitude, you can’t get better’n Juan’s Revenge. Buy your copy now and buckle up!