Someone is living under the terracotta pot by my front door. I just put the pot there a week ago and dressed it up to look like a witches cauldron. Looks pretty darn good…except for whatever creature has moved in underneath. I should just lift the pot and see who it is. Salamander? That wouldn’t be too bad. I don’t think I would be that lucky. It’s probably a rat. I really don’t want it to be a rat. Fine… I will go look. (heavy sigh) I really don’t want a rat jumping on me. 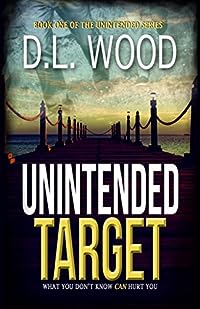 WINNER OF THE 2016 ILLUMINATION BOOK AWARDS GOLD MEDAL FOR CHRISTIAN EBOOK FICTION
Travel photojournalist Chloe McConnaughey thought she understood her brother Tate — a brilliant programmer willing to compromise anything to get ahead. She just didn’t know that included her.
When Tate dies unexpectedly, Chloe copes by taking an assignment in the Caribbean where she meets Jack, a charming Manhattan escapee who almost has her believing life could turn around. But the illusion is shattered when a series of bizarre incidents leaves them framed for murder and running from killers convinced that Chloe is the key to questions Tate left behind. Suddenly Jack’s timely entrance into her life seems more than coincidental, but with nowhere else to turn, Chloe must trust this man who is not only charming, but also dangerous, and much better at evading capture than he should be. Strained to the breaking point by a life consistently marked by tragedy, Chloe fights a sense of hopelessness, confronting the age-old question: if it’s not all random — if God does exist — why would He allow bad things to happen to good people?
Hunted from the tiny island of St. Gideon all the way to Miami, Chloe and Jack desperately search for the evidence that will prove their innocence and eliminate them as targets of the shadowy conspiracy that will stop at nothing to make its problems go away. 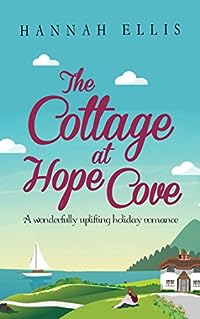 The Cottage at Hope Cove: A wonderfully uplifting holiday romance
by Hannah Ellis

The summer that changed everything…
Lizzie Beaumont has it all: a great career, a wealthy fiancé, and the wedding of her dreams just months away. But when her fiancé puts work before her again, she sets off for a week in the picturesque town of Hope Cove. She’s hoping for time away from the chaos to find herself.

Instead, she finds Max.

When the gorgeous guy next door asks her for decorating help, Lizzie finds herself all too eager to please. The week she expected to drag suddenly flies by, and before she knows it, she has to return to her other life. The life with the impending marriage and the fiancé she loves.

One week with Max has left her questioning her life choices. Is her fiancé the man of her dreams, or just the man who asked? Now Lizzie must decide what her life will be. Will she go for the safe and predictable route, or take a chance on a man she hardly knows? No matter what she does, someone’s heart is going to break. She just doesn’t want it to be hers. 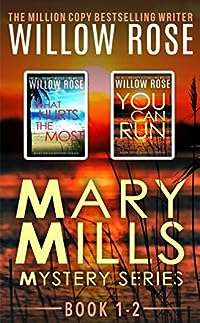 WHAT HURTS THE MOST, BOOK 1:

You will never guess the ending!

Imagine being asked that question standing face to face with a killer. What would you answer?

While her life is going from bad to worse, journalist Mary Mills receives a phone call from her father telling her that her brother has been arrested for murder. Mary decides to go back to her hometown of Cocoa Beach, Florida, which she left twenty years back and has never visited since.

Working with her old friends from the 7th Street Crew, she tracks down the most disturbing and surprising killer this town has ever faced before a shocking conclusion turns everything upside down for them.

Determined to solve the murder and to have her brother acquitted, Mary is forced to face demons from her past she never thought she would have to again.

It’s not the kind of thing you’d expect to happen on an ordinary Saturday morning.

Her kids are arguing, and her husband is still sleeping. Lisa is tired and wonders why her husband keeps working late. Is he having an affair? Is it the same girl as last time?

Lisa’s teenage daughter is acting up, and just as Lisa is about to walk up to her room and tell her who’s the boss around here, she feels the cold steel of a gun pressed against her cheek, while a hand covers her mouth.

Years later, it remains a mystery. Who killed Lisa’s family after holding them captive for twenty-four terrifying hours in their house?

Mary Mills is enjoying her new life in Cocoa Beach. She is back with her husband Joey and the rest of the 7th Street Crew that she grew up with. She is writing a blog and doing pretty well for herself when she realizes one of her best friends; Marcia is in serious trouble.

It is well known within the crew that Marcia likes to drink a lot, but things are getting worse. Marcia is deep in over her head, and she risks losing her children. Soon Mary realizes that maybe she doesn’t know her old friend as well as she thought.

It is said that a friend will help you if you’re knocked down, while a real friend says, “Stay down; I’ve got this.”

Will Mary be able to live up to this? Will she be able to help Marcia, to save her before it is too late? Does she want to after she digs deeper into Marcia’s story and finds out who she really is?

Every bit as pulse-pounding as her other books You Can Run, delivers further proof that Willow Rose is the most addictive thriller writer around. 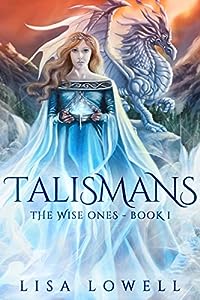 Talismans (The Wise Ones Book 1)
by Lisa Lowell

Amnesia plagues Owailion, the Awakened One. After meeting the gargantuan dragon, Mohan, he becomes his apprentice.

As the realm-guarding dragons prepare to enter hibernation for a thousand years, Owailion is tasked to protect the land from invaders. Gifted with powerful magic, he will be alone; the only human sealed off from the rest of the world.

Aided by a mysterious woman from his dreams, Owailion soon learns that his powers have their limits. He can conjure anything, speak with minds across vast distances and move instantly anywhere he desires – but can he control his own fate? 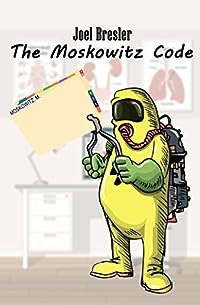 The Moskowitz Code
by Joel Bresler

Just When You Thought it was Safe to be Healthy…

When his doctor mistakenly types the wrong code into his electronic medical record, Myron Moskowitz — Mike, to the entire world except his mother Celia — finds life, or at least the one he’s grown used to, suddenly turned tush-over-teakettle. With that single dodgy digital diagnosis, a chain reaction is set in motion leading Mike to lose his job, accidentally get all trace of himself wiped off of every computer in the known universe, and seriously contemplate buying a Harley. And Mike isn’t exactly what you’d call a motorcycle kind of Moskowitz.

Somehow Mike must find a way to get back on the grid and get his old job back, all without his wife finding out about any of it.

Joel Bresler’s writing style can be referred to as literary silliness — the experience of reading the prose is more fun than anything the prose might be leading up to. Stories are all well and good, Bresler believes, but they’ve all been done already anyway, so why let something as trivial as a plot interfere with a good read? After all, nobody ever bought a P.G. Wodehouse novel just to see if Bertie Wooster gets away with it this time.