Give The Elves Their Hats 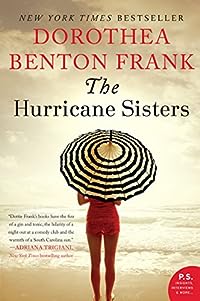 Hurricane season begins early and rumbles all summer long, well into September. Often people’s lives reflect the weather and The Hurricane Sisters is just such a story.

Once again New York Times bestselling author Dorothea Benton Frank takes us deep into the heart of her magical South Carolina Lowcountry on a tumultuous journey filled with longings, disappointments, and, finally, a road toward happiness that is hard earned. There we meet three generations of women buried in secrets. The determined matriarch, Maisie Pringle, at eighty, is a force to be reckoned with because she will have the final word on everything, especially when she’s dead wrong. Her daughter, Liz, is caught up in the classic maelstrom of being middle-age and in an emotionally demanding career that will eventually open all their eyes to a terrible truth. And Liz’s beautiful twenty-something daughter, Ashley, whose dreamy ambitions of her unlikely future keeps them all at odds.

Luckily for Ashley, her wonderful older brother, Ivy, is her fierce champion but he can only do so much from San Francisco where he resides with his partner. And Mary Beth, her dearest friend, tries to have her back but even she can’t talk headstrong Ashley out of a relationship with an ambitious politician who seems slightly too old for her.

Actually, Ashley and Mary Beth have yet to launch themselves into solvency. Their prospects seem bleak. So while they wait for the world to discover them and deliver them from a ramen-based existence, they placate themselves with a hare-brained scheme to make money but one that threatens to land them in huge trouble with the authorities.

So where is Clayton, Liz’s husband? He seems more distracted than usual. Ashley desperately needs her father’s love and attention but what kind of a parent can he be to Ashley with one foot in Manhattan and the other one planted in indiscretion? And Liz, who’s an expert in the field of troubled domestic life, refuses to acknowledge Ashley’s precarious situation. Who’s in charge of this family? The wake-up call is about to arrive.

The Lowcountry has endured its share of war and bloodshed like the rest of the South, but this storm season we watch Maisie, Liz, Ashley, and Mary Beth deal with challenges that demand they face the truth about themselves. After a terrible confrontation they are forced to rise to forgiveness, but can they establish a new order for the future of them all?

Frank, with her hallmark scintillating wit and crisp insight, captures how a complex family of disparate characters and their close friends can overcome anything through the power of love and reconciliation. This is the often hilarious, sometimes sobering, but always entertaining story of how these unforgettable women became The Hurricane Sisters. 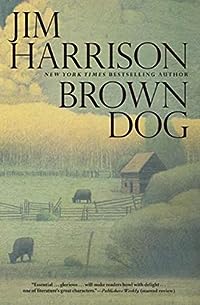 This collection of novellas featuring the titular Indian underscores Jim Harrison’s place as one of America’s most irrepressible writers.

A New York Times-bestselling author Jim Harrison is one of America’s most beloved writers, and of all his creations, Brown Dog, a bawdy, reckless, down-on-his-luck Michigan Indian, has earned cult status with readers in the decades since his first appearance. Brown Dog gathers all the Brown Dog novellas, including one never-published one, into one volume — the ideal introduction (or reintroduction) to Harrison’s irresistible Everyman.

In these novellas, BD rescues the preserved body of an Indian from Lake Superior’s cold waters; overindulges in food, drink, and women while just scraping by in Michigan’s Upper Peninsula; wanders Los Angeles in search of an ersatz Native activist who stole his bearskin; adopts two Native children; and flees the authorities, then returns across the Canadian border aboard an Indian rock band’s tour bus. The collection culminates with He Dog, never before published, which finds BD marginally employed and still looking for love (or sometimes just a few beers and a roll in the hay), as he goes on a road trip from Michigan to Montana and back, arriving home to the prospect of family stability and, perhaps, a chance at redemption. 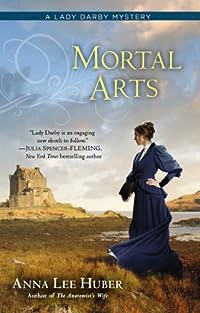 Scotland, 1830. Lady Kiera Darby is no stranger to intrigue — in fact, it seems to follow wherever she goes. After her foray into murder investigation, Kiera must journey to Edinburgh with her family so that her pregnant sister can be close to proper medical care. But the city is full of many things Kiera isn’t quite ready to face: the society ladies keen on judging her, her fellow investigator — and romantic entanglement — Sebastian Gage, and ultimately, another deadly mystery.

Kiera’s old friend Michael Dalmay is about to be married, but the arrival of his older brother — and Kiera’s childhood art tutor — William, has thrown everything into chaos. For ten years Will has been missing, committed to an insane asylum by his own father. Kiera is sympathetic to her mentor’s plight, especially when rumors swirl about a local girl gone missing. Now Kiera must once again employ her knowledge of the macabre and join forces with Gage in order to prove the innocence of a beloved family friend — and save the marriage of another… 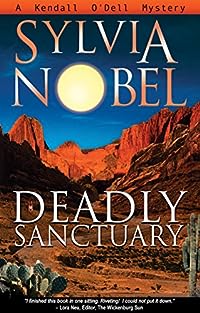 The first title in Sylvia Nobel’s popular mystery series that features spirited, flame-haired reporter Kendall O’Dell. The author’s trademark style is to produce exciting, well-written, edge-of-your-seat, adventures with “knock your socks off” surprise endings. Her judicious use of language and lack of graphic sex and violence make her novels suitable from teens to seniors. 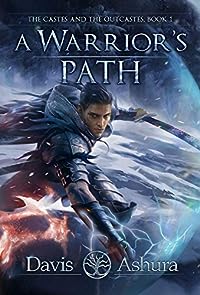 A Warrior’s Path: An Asian Indian Epic Fantasy (The Castes and the OutCastes Book 1)
by Davis Ashura

Sweeping from the majestic city of Ashoka to the perilous Wildness beyond her borders, enter a world where Caste determines mystical Talents, the purity of Jivatma expresses worth, and dharma may be based on a lie.

Rukh Shektan has always understood duty. As a member of Caste Kumma, the warrior Caste, nothing else is acceptable. He is expected to take part in the deadly Trials, to journey the Wildness and protect the caravans linking Humanity’s far-flung cities. Though the mission is dangerous, Rukh’s hope and optimism are undaunted. Karma, however, is a fickle fiend. His caravan is destroyed by the monstrous Chimeras; twisted servants of their fearful goddess, Suwraith. While Rukh survives the attack, events force him along an uncertain path. Morality becomes a morass – especially when he encounters a mysterious warrior, Jessira Grey, a woman whose existence ought to be impossible. The holy texts warn against her kind: ghrinas, children of two Castes, abominations. They are to be executed whenever discovered, but for the first time in his life, Rukh defies duty. Jessira may be the key to his city’s survival.

Meanwhile, a secret society seeks Ashoka’s demise; foul murders cloak a deadlier purpose; and behind it all looms Suwraith. But it is the Baels, the leaders of Her Chimeras, who may hide the greatest deception of all.