Eat Ice Cream To Save Money

I woke up this morning already at a level 10 stress. The main things on everyone’s mind around here is, what is the status on the Kincade fire (currently 22,000 acres burned / 5% contained) and do I have electricity. 93,0000 people in Sonoma county (2.5 million people total in CA) will have their power shut off today due to HISTORIC winds. That’s how they report it, HISTORIC… all in caps. I really don’t like it when officials use caps. It’s worrying. Looking at the map, it’s not just Sonoma county that will be losing power, but 36 counties in the area. The smoke in the air makes the fires seem closer. We gauge it by the level of smoke during the 2017 fires. It’s not at that level yet, but still very worrying. Everyone is getting their laundry done, filling up their gas tanks, watching maps. There is also the concern of what to tell the children. Mine are only concerned with how much longer they can play their video games. Play all you want kids, mom is just going to be over here packing up the family albums and eating perishable foods. 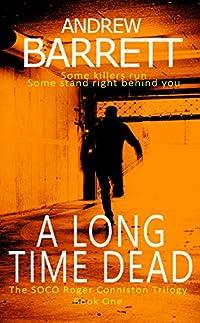 Some killers run. Some stand right behind you. Would you trust forensic evidence?

The police discover a woman’s naked body on her bed, arcs of blood tracked across the wall from a neck wound. This is the second such case Detective Superintendent Chamberlain has running. The first is still unsolved, and he’s desperate for a lead. Any lead.

It’s 1999, and Scenes of Crime Officer, Roger Conniston, is too busy obsessing over an arms dealer to worry about whether his coal-powered computer is Year 2000 Compliant; too busy cruising Wakefield’s night-life to worry about his wife or his lover, or the promotion he doesn’t really want.

Roger is about to make his move on the arms dealer when he’s arrested for the woman’s murder.

With Roger in the cells, Chamberlain can relax, and the arms dealer can resume his trade. Roger has to prove his innocence and find the true murderer. Not easy from behind bars – bars that are guarded by the same officer he’s been spying on.

A stressed investigator. A ruthless arms dealer. And Roger Conniston trying to put the world right and getting it all wrong. Which of Roger’s new enemies want him out of the way? 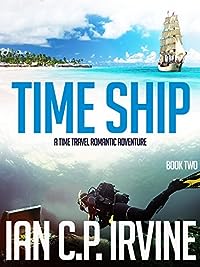 During a daring raid on a secret Pirate stronghold in the Caribbean, Captain Rob McGregor of the Sea Dancer and his own pirate crew steal the infamous treasure belonging to Captain William Kidd. Rich beyond their wildest dreams, Captain McGregor and his band of pirates set out to sea, their ships’ holds full of pirate booty.

When they are hit by the most intense electrical storm of the 17th Century, the Sea Dancer is transported through time to the year 2014. Bemused, hungry and thirsty, Captain McGregor and his crew sneak into a secluded bay in Puerto Rico, hoping to find food and water.

Instead they find a ‘palace’ : an exclusive five-star holiday resort for the rich and famous.

Scared, bewildered and desperate, they take over the resort, holding everyone hostage.

Quickly, the situation goes from bad to worse. Within hours of landing at the Blue Emerald Bay Resort, several of the crew fall sick. When one dies, the resort doctor identifies it as a unique and new strain of pneumonic plague, never before seen in the 21st Century, and an infection so deadly, that if it infects the residents of the Blue Emerald Bay and escapes the confines of the resort, could threaten to wipe out the human race… 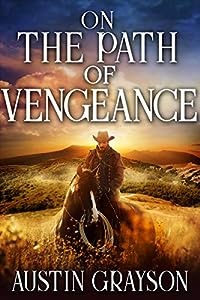 On the Path of Vengeance: A Historical Western Adventure Book
by Austin Grayson

Ross Barrow returns from the Civil War only to find his father dead, his two brothers missing, his sister nowhere to be found and his mother, a raving lunatic dying in the streets of El Paso. Soon he discovers that a man called Ambrose Shaughnessy owns the family ranch now,and he’s raising Ross’ baby sister as his own. He immediately cooks up a plan to work on the ranch undercover for a chance to investigate his family’s mysterious fate and get revenge for everything he’s lost.

Even the best-laid plans can go ashtray though. When things do not turn out to be what they appear, Ross is left to question his motives for revenge. On top of that, he unexpectedly finds himself falling for Shaughnessy’s sweet, caring daughter. Will Ross be able to discover what happened to his family and bring justice to those responsible, or will his judgement be clouded by unexpected forces? Will the two lovers unite, or will they have to repeat the cursed events that brought them together, and might still put them both in the ground?

An action-packed story of deception and delusion, love and lust, violence and compassion, featuring fascinating characters and twists that will leave the reader breathless. A must-read for fans of Western action and romance. 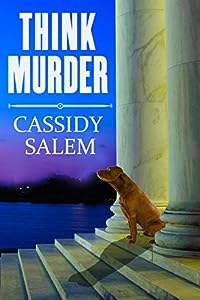 Good friends, wine and conversation… Great fun – until somebody turns up dead.
Adina Donati came to Washington D.C. to find excitement, not a dead body. When a friend is murdered, Adina is drawn into the middle of the police investigation. Tensions rise as the suspect list expands to include Adina, her friends, and colleagues at the prestigious think tank where she works. But every cloud has a silver lining. Between the nice detective, the hot new volunteer at the dog rescue center, and the newly available preppy ex-boyfriend, Adina’s dating dry spell appears near its end. That is, if she doesn’t become the next victim. 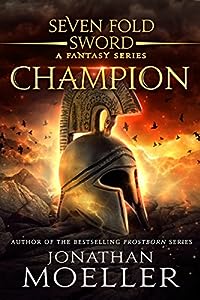 Ridmark Arban is the Shield Knight, the defender of the realm of Andomhaim.

The realm is at peace after a long and terrible war, but dark powers threaten other lands.

And when a mad elven wizard comes to the High King’s court, Ridmark finds himself fighting not only for his own life, but for the lives of his family.

For the quest of the Seven Swords has begun… 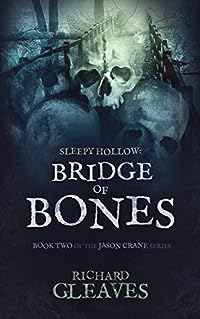 “My earliest memory is of discovering my grandfather’s severed head.”

The HEADLESS HORSEMAN has risen and rides. JASON CRANE is the Horseman’s target. But Jason must stay and fight, to protect those he loves.

For Sleepy Hollow is falling to evil.

Now Jason Crane lives under a tyrannical guardian. Jason Crane must descend into fearful darkness. And Jason Crane has an appointment with death… at the BRIDGE OF BONES.