The Price Drop and said OUCH! 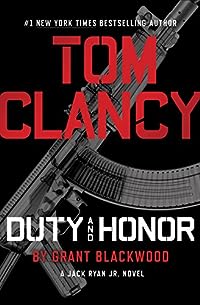 Jack Ryan Jr. is caught in the cross-hairs of a would-be tyrant in this exhilarating thriller in Tom Clancy’s #1 New York Times bestselling series.

Jack Ryan, Jr., is on his own. He’s been ousted from his position at the Campus, the off-the-books intelligence agency that was set up by his father, the President. As if that’s not bad enough, someone is out for Jack’s blood. The police think that he was just the victim of a mugging, but he knows a professional assassin when he kills one.

Using clues found on his would-be dispatcher, Jack launches his own shadow campaign to uncover the brutal truth about a world-renowned philanthropist and human rights advocate — and a long-running false-flag war of terror that has claimed thousands of lives… 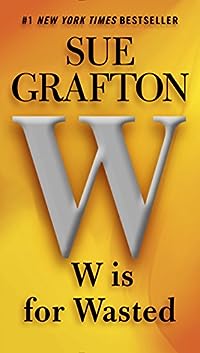 W is for Wasted: A Kinsey Millhone Novel
by Sue Grafton

The first victim is a local PI of suspect reputation, gunned down near the beach at Santa Teresa. The second is a John Doe found on the beach six weeks later with a slip of paper with private detective Kinsey Millhone’s name and number in his pocket.

But as Kinsey digs deeper into the mystery of the John Doe, some very strange links begin to emerge. Not just between the two victims, but also to Kinsey’s past. And before long Kinsey, through no fault of her own, is thoroughly compromised… 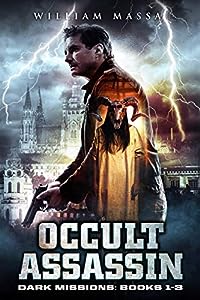 The forces of darkness have a new enemy!

Enter the terrifying world of former Special Ops soldier Mark Talon and occult expert/tech billionaire Simon Casca. Two men, united by tragedy, with one goal – to keep the world safe from black magic occult threats. Their chilling missions will take them across the globe and pit them against apocalyptic cults, cursed relics and supernatural terrorists bent on world destruction.

The box set omnibus edition includes the first three books plus a bonus novella. Experience a series that readers are describing as a perfect mix of action-adventure and dark fantasy horror.

After a decade spent fighting the enemy abroad and keeping his country safe, Delta Force Operator Mark Talon is ready to settle down with the love of his life. But Talon’s world crumbles when his fiancée becomes the victim of a murderous cult. The military man now has a new foe in his crosshairs, and this promises to be a very different war.

The person responsible for his beloved’s death is a Silicon Valley tycoon allied with the forces of darkness. Fusing cutting-edge computer technology with an ancient evil, the enemy here cannot be stopped by bullets alone. If Talon is to be victorious in his mission of vengeance, he will need to master a new method of warfare — the arcane arts! He must become… the Occult Assassin.

At age 15, Nicole Robertson was possessed by a demonic entity. She survived this ordeal, thanks to a successful exorcism. Now, 8 years later, Nicole is still haunted by the memory of the demon. But the nightmare isn’t over. She is about to become the target of an apocalyptic cult led by a former elite soldier with a chilling plan for her future.

Only one man can save Nicole from a fate worse than death.
Only one man stands between her and the apocalypse.
His name is Mark Talon. And he is about to go up against his most dangerous enemy yet.

The former Delta Force Operator must confront an evil psychic cult leader and the spectral forces of the afterlife that he commands. Fortunately Casca’s SPIRIT BREAKER program has been developing cutting-edge technology engineered to combat ghosts. A terrifying battle between the living and the dead awaits.

Talon heads to Norway to stop a Black Metal musician who plans on using an ancient Norse ritual to trigger a frozen cataclysm. 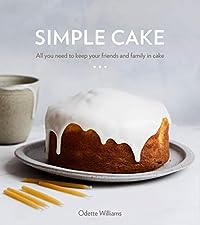 Simple Cake: All You Need to Keep Your Friends and Family in Cake
by Odette Williams

A nostalgic ode to the joy of homemade cake, beautifully photographed and with easy mix-and-match recipes for a sweet lift any day of the week.

Everyone has a favorite style of cake, whether it’s citrusy and fresh or chocolatey and indulgent. All of these recipes and more are within your reach in Simple Cake, a love letter from Brooklyn apron and bakeware designer Odette Williams to her favorite treat.

With easy recipes and inventive decorating ideas, Williams gives you recipes for 10 base cakes, 15 toppings, and endless decorating ideas to yield a treat — such as Milk & Honey Cake, Coconut Cake, Summer Berry Pavlova, and Chocolatey Chocolate Cake — for any occasion.

Williams also addresses the fundamentals for getting cakes just right, with foolproof recipes that can be cranked out whenever the urge strikes. Gorgeous photography, along with Williams’s warm and heartfelt writing, elevate this book into something truly special.