Chicken & Turkey For Me, Thank You

I was sitting there thinking about all the quaint towns in the Hallmark Original movies. I wanted to know if any of them really exist. I would love to spend a week in a small bed & breakfast, spend my time walking to town and enjoying the cute little shops. My partner in crime said she knew just the town and it was dedicated to Christmas!!  PERFECT!!! We were talking about how great it would be to take a quick trip in December. I was already planning the whole trip out in my head, but then it hit me. This is just how all the Hallmark Original Movies start. A trip to a small town dedicated to Christmas, main character (that’s me of course) plans to stay only a week, but instead discovers in her heart she is not happy in her own town, falls in love with a rugged man, and leaves her love at home. HECKS NO!!! I love my hubby. He is super cool. I will not be brainwashed by a small town with Christmas charm. I will not be seduced by the small town feel of home and hot cocoa…. and fake snow. Nope, I’m staying where the chickens have taken over the Walgreens and the turkey invade City Hall. 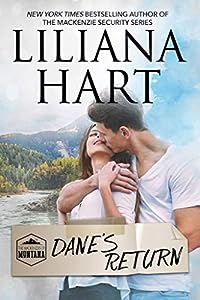 Bad boy, Dane MacKenzie, is coming home to Surrender, Montana. It’s been ten years since he left the woman he loved behind to make a name for himself, and now he’s bound and determined to claim her once and for all.

Charlotte Munroe has no desire to welcome home the Prodigal Son with a fatted calf. The bitterness of Dane’s betrayal runs deep, and she has no plans of letting him back into her life. Especially since she’s trying to protect the son Dane isn’t aware exists from heartbreak, since she’s sure he’s only going to walk out of their lives again. 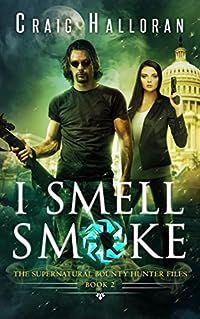 No Signs Of Smoke

Sidney thinks she’s getting the hang of things only to find herself at odds once again with her annoying and unappreciative supervisor, Cyrus Tweel. To make matters worse, there’s been no talk about the Black Slate or the whereabouts of Smoke, leaving her in the dark and feeling more isolated than ever. During a stakeout with Cyrus, strange things begin to emerge. Black Suns and oddly familiar children begin to show up. The Drake’s fingerprints seem to be on everything she’s involved with.

When Sidney begins to fret her new duties and doubt her peers, Smoke shows up in a suit looking as gorgeous as ever. While Sid is initially captivated, it’s not long before they butt heads over the next Black Slate assignment, a mysterious woman called Night Bird.

Timing is everything, but family troubles emerge a day before Christmas Eve when Sidney’s sister, Allison, goes missing and a mysterious stranger shows up at her parents’ home. Reluctantly, she agrees to take Smoke to her parents, but on the way, a semi-truck, owned by Drake, runs them off the road, totalling the Interceptor.

Will Sid and Smoke get closer or will the wicked powers that be force them apart? 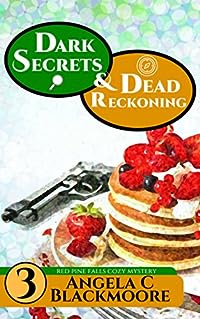 Abby is thankful that things have gone back to normal for Red Pine Falls. Her Grandmother is getting married, Becky is remodeling her café, and Gabe has gone from good friend to something much more interesting. What could go wrong? Just because Frank Millerson left town like a bat out of hell probably doesn’t mean anything.

When dangerous men come to town asking questions about Frank and where they can find him, Abby begins to get an inkling that normal for Red Pine Falls is anything but quiet. It just gets worse when bodies start appearing. Can Abby lead her friends through these dark times or will it all end in violence? And what does Senator Clark have to do with it all? Find out by reading Dark Secrets and Dead Reckoning. Book Three in the Red Pine Falls Cozy Mystery series. 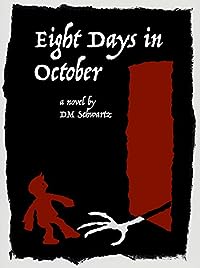 A teenage boy uncovers a horrific family secret. A widower seeks vengeance on the creatures that killed his wife. A drug addled writer stalks the woman of his dreams, a woman much more sinister than she appears. A federal agent races to find the cursed relic powering this city full of spooks, spirits, and serial killers. The lives of these and others will collide in the dark and dangerous streets of Adderlass.

A seed of evil was planted under Adderlass, a city where monsters hide behind masks of humanity and ordinary people shuffle anesthetized and addicted by the sickly supernatural power wafting up from below. The city was built over the crystalline skull of a bloodthirsty beast. Now, the hunt is on for this lost treasure and whoever finds it first will control the fate not only of Adderlass but of the entire world.

Sixteen-year-old Simon Cubbins, young and naïve, may be the key to unlocking the mystery buried in this twisted labyrinth of hidden agendas. He also unknowingly harbors a secret that could destroy the Cubbins bloodline. As different characters fight for control over Simon, he will have to decide whether or not to carry on his family’s legacy. 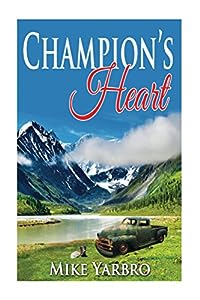 Champion’s Heart: What Life Is Really Like On The Professional Rodeo Cowboys Association Circuit.
by Mike Yarbro

A compelling story of a starving young Texan who follows his championship dreams and winds up winning much more. In this gripping tale of self discovery, a rookie unexpectedly finds himself in a no-man’s land, poor and alone, until two eccentric old men take him under their wing. The action, adventure, and emotion that ensue, due in part to a beautiful heiress, will keep you glued to the pages.