I spoil my little bees. I am giving them plenty of sugar water and now they are getting pollen patties. Those ladies are working hard and I think they deserve a bit of spoiling. There is so much activity outside the hive, and this is the first year I am really hopeful. Next week I am going to go back in the bee box and see how it is looking for the winter. Fingers crossed!!! 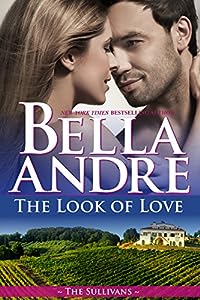 The Look of Love (The Sullivans Book 1)
by Bella Andre

Photographer Chase Sullivan fell in love with Chloe at first sight. She’s on the run from love gone wrong. Her body wants him – but can her heart follow? Find out in THE LOOK OF LOVE, first in a multimillion bestselling series of beautiful, sensual, swoon-worthy romances about The Sullivans.

Chloe Peterson is having a bad night. A really bad night. And when her car skids off the side of a wet country road straight into a ditch, she’s convinced even the gorgeous guy who rescues her in the middle of the rain storm must be too good to be true. Or is he?

As a successful photographer who frequently travels around the world, Chase Sullivan has his pick of beautiful women, and whenever he’s home in San Francisco, one of his seven siblings is usually up for causing a little fun trouble. Chase thinks his life is great just as it is–until the night he finds Chloe and her totaled car on the side of the road in Napa Valley. Not only has he never met anyone so lovely, both inside and out, but he quickly realizes she has much bigger problems than her damaged car. Soon, he is willing to move mountains to love–and protect–her, but will she let him? ??

Chloe vows never to make the mistake of trusting a man again. Only, with every loving look Chase gives her–and every sinfully sweet caress–as the attraction between them sparks and sizzles, she can’t help but wonder if she’s met the only exception. And although Chase didn’t realize his life was going to change forever in an instant, amazingly, he isn’t the least bit interested in fighting that change. Instead, he’s gearing up for a different fight altogether… for Chloe’s heart. 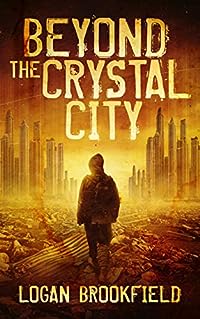 Beyond the Crystal City (Dust Storm Book 1)
by Logan Brookfield

One outpost is left on a dying Earth and holds what’s left of humanity. Millions of people crammed into a few square miles resulting in overcrowding, starvation, pollution and a daily fight for survival in a crime and disease-ridden city. The ancients had created a double death blow with their wars, overpopulation and mass industrialisation, raping and pillaging the planet of its natural resources along the way.

Carl is a scavenger and survivor, born in the dust of the old city. One day, while out searching for supplies, he uncovers a secret plan to solve the Earth’s resource problems once and for all. The elite say it’s a brilliant plan, one that will restore humans to their former glory, while others know it’s madness and risks the destruction of mankind. Carl is plunged into a fight to save his life and those of his loved ones. Battling impossible odds, the survival of the human species is at stake. 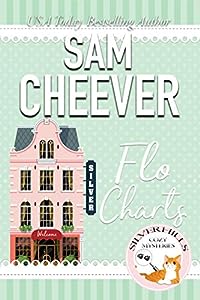 Come to Silver Hills. Where new friends are made and a grim reaper is born.

Agnes Willard is moving into Silver Hills. She’s worried about the change and concerned about fitting in. Luckily for her, Florence Bee has decided to take Agnes under her wing.

When Agnes’ cat Tolstoy escapes as they’re getting Agnes settled into her new apartment, they quickly find him across the hall, perched on a dying woman’s chest.

The new friends soon learn three things from the experience:

1. The cat definitely has an instinct for and proclivity toward people who are on death’s doorstep. 2. Finding and avoiding a killer is a really tough way to spend your first days in a new place. And 3. Agnes truly does have a unique talent for debauching a crime scene. 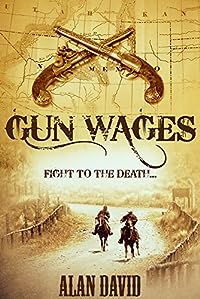 But everything changed when he was shot dead whilst holding an empty shotgun.

Crick had his revenge, but it wasn’t enough.

He’s on a mission to clean up any town that will pay him and this time that town is Juniper Creek – where Jake Riley and his gang have taken the place over.

With no Sheriff around, Juniper Creek is under Riley’s thumb, but when Frank Miller calls Crick in, Riley’s days are soon to be numbered.

Living under the alias Tom East, Crick sure picked a bad time to run into an old friend – let alone two of them.

Bullets soon see to Shotgun Joe, but it’s another ghost from the past, Adabelle, who might bring more trouble.

Crick falls instantly for the beautiful Pearl, but are their worlds too far apart for them to ever come together?

Can Crick save the town, take down Jake Riley and get the girl? 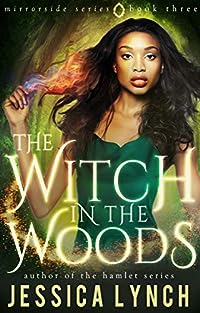 The Witch in the Woods (Mirrorside Book 3)
by Jessica Lynch

It was supposed to be just another job. The stranger hired me to be his maid and, though something about him made me twitch, I couldn’t pass up the money. So I traded Harlem for Manhattan, knowing that this decision might change my life.

I couldn’t have been more right.

I should have listened when he warned me away from that mirror, but I didn’t, and I somehow landed my fool self into a whole new world.

I’m not alone, though. He’s there.

He says his name is Apollo, like the theater. And he has the absolute nerve to expect me to believe that I’m meant to be here, in this place, with him. A city girl like me, living out in the woods with some golden-haired white boy?

He must’ve lost his dang mind.

But Apollo has a dark side, too. A temper. When I brush him off, desperate to get back to New York, he curses me. That’s right. Curses me — with her name and her fate. He says I’m Cassandra. And so I am.

Because of his curse, I see the future. I know what’s going to happen. I don’t believe it.

And that, perhaps, is the worst part of the curse.