Looking at me this morning, you would think I was sick. Puffy eyes, dragging my feet, a Hunchback of Notre Dame kinda posture and walk. Nope, I got a case of the binge-watch-itus. Although I might have a bit of a cold with this ugly cough, but mostly it was the binge watching that got me. My eyes are all puffy from crying at a certain character’s death. It was pretty dramatic and drawn out. I just couldn’t contain the tears. Problem is the show is Fantasy, so the character was back in the very next episode. The tears were wasted. They wouldn’t have been a waste if I had just turned the TV off to feel the full weight of the death. Then I wouldn’t feel so silly for crying. I should know better with these SciFi/ Fantasy shows. Today, if anyone asks me if I am okay, I gotta tell them something better than I cried over a tv show. I’m just going to say it’s a bad cold, very contagious. Then they will back away and not ask anymore questions. 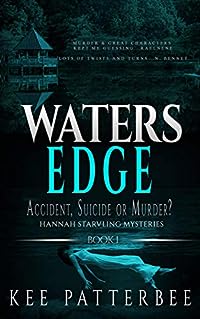 “Smart, Quirky, and a thrill ride!”
“A romantic mystery!”

He found her dead body in the water wearing a nightgown. The death of Julia Karas: Accident, Suicide or murder? A year has passed and there is a breathtaking occasion to celebrate the legendary woman who died under a cloud of secrecy. Retired FBI, Hannah Starvling finds a cold case which is mired in deceit. Dangerous powerful forces try to stop her investigation. Someone shoots at her through the living room window. When the local Deputy Sheriff arrives, she recognizes her attraction to him could jeopardize her case.

The tension escalates leading both Hannah and the Deputy to work together. It isn’t long they soon find themselves drawn to each other.

*Formally released “The Chef At The Waters Edge”

Aliens have planned against us for centuries… And now the attack is ready.

Charlie Jackson’s archaeological team find advanced technology in an undisturbed 16th Century graves. While investigating the discovery, giant sinkholes appear across planet, marking the start of Earth’s colonization and the descent of civilization.

Charlie, and the rest of humanity will have to fight for survival, sacrificing the life they’ve known to protect themselves from an ancient and previously dormant enemy. Even that might not be enough as aliens exact a plan that will change the course of history forever.

Critical Dawn is the republished apocalyptic ride to the very edge of human existence. Factions will battle for control of the Earth — if they can avoid the threat of extinction. 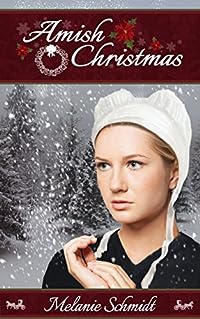 Mara and Cain Roth have settled into their little house, happy in their marriage, though they try not to mourn the children they will never have.

Ariel Beiler, only sixteen years old, faces the toughest struggle of her life – keeping her family together after an accident kills her mother and father and seriously injures her brother, Benjamin. Though the Amish community will take care of its own, Ariel wants to keep all seven members of the family together. Broken and afraid, the children begin a journey that ends at Mara and Cain’s door.

Melanie Schmidt’s heartwarming tale of Christmas in Lancaster County is full of love, lessons, and the real spirit of the season. 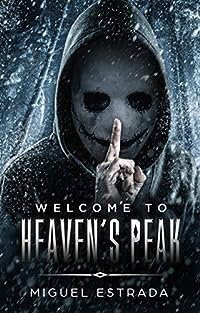 The beautiful resort town of Heaven’s Peak is home to gorgeous landscapes and terrifying secrets.

After the tragic death of his mother, teenage photographer Kevin Miller moves to a new town with his alcoholic father and eight-year-old sister in the hope of bringing the family together and starting over. However, everything changes when Kevin witnesses his sister being kidnapped by a bizarre creature. The police are skeptical of his story, so he decides to unveil the mysteries surrounding the town on his own.

On the other side of the investigation, FBI agent Norman James will do anything to solve the baffling case, except believe a traumatized teenager’s nonsense.

Meanwhile, newscasts predict a blizzard approaching in the next couple of days, as people in the town begin to behave strangely.

Will Kevin and Norman find Kevin’s little sister before Heaven’s Peak is consumed by darkness?

Heaven’s Peak is the first full-length horror-thriller novel from author Miguel Estrada. If you like suspense, mystery and dread, prepare for a ride you won’t forget. 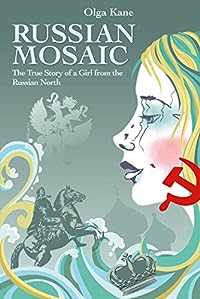 RUSSIAN MOSAIC: The True Story of a Girl from the Russian North
by Olga Kane

Russian Mosaic is the true story of a young girl from a Russian mining town above the Arctic Circle, whose coming of age is marked by tragedy and hardship, but ultimately survival. She spent her childhood and college years under the structured control of the state. With always a bit of rebellion for the lack of freedom and self-expression, she learned to “play along” to get by. As a young adult, she witnessed the fall of communism and the Soviet Union, and with it, the change of lifestyle for all Russians. The daughter of a miner father and an accountant mother, Olga endures a number of ordeals that would have broken others less resilient. From the untimely passing of her father, and through a variety of early life experiences, she learns from her mother not to rely on others, but to be self-sufficient and to make her own way in the world. She not only survives but succeeds and writes with the hope of inspiring other women who face adversity in life.