Sick On A Friday Doesn’t Count

When I give my sweet sickly baby bassets cold medicine, I am very precise with the dosage and the time between getting the meds. Me? I chug the liquid straight from the bottle like it was the difference between me as a human, and me a disgusting zombie looking for brains to nibble. Chug chug is a normal dosage, while chug chug chuuug means I am really feeling bad. This morning was definitely a chug chug chuuuuuuuuug start to the day. It’s not looking much better this afternoon. I have no complaints though if I and my cold stay on schedule and I feel better by the weekend. Who cares if I’m still sick on a Friday? Nothing really gets done on a Friday, right? 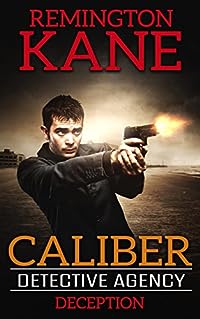 The Calibers are on the hunt for the B-Girl killer, as Gail struggles with guilt feelings over B-Girl Selina Clayton’s murder.

Meanwhile, the old man has gained an admirer with romantic intentions, while Gail grows closer to former cop, Jim Tate.

Christopher, Velma, and Rayne travel to Atlantic City to stop a sly killer, as secrets are revealed about one of the women’s past.

Will the B-Girl killer be stopped before he strikes again, or will the murderer strike closer to home, causing a devastating loss to the Calibers? 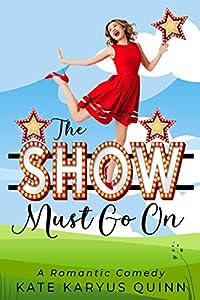 While You Were Sleeping meets Pitch Perfect in this hilarious romantic comedy that will have you laughing — and singing along too.

Jenna is certain of three things:

1. No way is she already thirty years old.
(Except… she is.)

2. Annie the musical should never be crossed with Fifty Shades of Grey.
(But this perfectly describes the show she’s currently starring in.)

3. She can never return home — even if after twelve years her ex-boyfriend, Danny, wakes up from his coma and asks for her by name.
(Which he does.)

Okay, so sometimes Jenna gets a few things wrong. But she’s definitely sticking with her never going home plan. (At least until Danny’s younger brother, Will, arrives on Jenna’s doorstep and insists on escorting her back to Buffalo, NY — and Danny’s bedside.)

Fine. Maybe Jenna can go home again. But she’s not staying.
And she’s definitely not falling in love.
(Right?)

For fans of Sally Thorne, Penny Reid, and Lucy Parker, this standalone chick lit novel will give you all the feels. 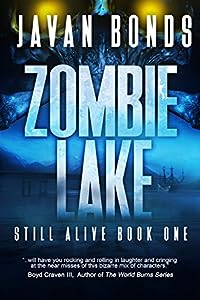 Mo Collins, the reluctant Hero, has sailed around the country on board the replica pirate ship, the Viva Ancora. Now he finds himself only miles from his childhood home, but the world has gone to hell. Hordes of naked, blue, biting zombies have flooded the now dead Alabama lake town. Mo and his only surviving shipmate, Crow, are doing just that, surviving. They fish and watch the monsters roam the night; seeking untainted flesh and leaving a disgusting mess in their wake. However, when “out of the blue” a lone survivor stumbles upon Mo and Crow, they gain a new crew member but also find much-needed direction. The newcomer, Smokes, will change Mo’s view of this zombie-infested world forever.
As reality mimics fiction, an ever-growing cast of crazy characters play out their role carving out an island sanctuary in a plague-ridden world. The Expert, The Tech, The Oracle, The Sacrifice, The Old Friend, plus many more… Join us on this wild ride where the fish bite, the Zombies bite… and sometimes life bites.

Welcome aboard, friend, to Zombie Lake. 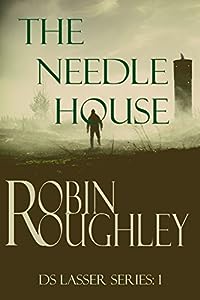 Sometimes the most picturesque of places can hide the cruellest killer.
Young Billy Jones comes from a notorious family of drunks and thieves. So, when he fails to return home it’s hardly a surprise.
However, when mutilated remains are found it becomes apparent that a savage executioner is stalking the untamed windswept moorland that surround this northern town.
The clues lead DS Lasser directly to the poverty-stricken Radfield family who once owned great swathes of local land.
When another body is discovered, Lasser’s convictions are thrown into turmoil. Someone is playing a vicious game, someone with a burning hatred for the Radfield family.
The body count rises and Lasser finds himself enmeshed in a tangled web of deceit as he tries to unravel the dark, twisted secrets that bind two families. Secrets stretching back over four decades, blackmail and murder reaching out to ensnare the innocent as well as the guilty. 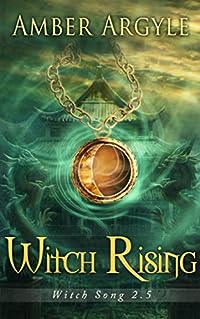 A ship burns, sinking into the dark sea…

There is only one survivor — a child hunted for the magic of her song. Hidden away on an isolated island, Lilette buries her magic deep, convinced it caused the deaths of those she loves.

But she can’t run from who she is. And when her secret is revealed, the only thing that can save her is her song. It’s time to rise up and become what she was always meant to be: the most powerful witch ever born.

A fast read filled to the brim with action, heartache, and redemption, WITCH FALL will keep you bewitched long after you finish it. 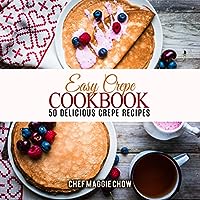 Get your copy of the best and most unique Crepe recipes from Chef Maggie Chow!

Come take a journey with me into the delights of easy cooking. The point of this cookbook and all my cookbooks is to exemplify the effortless nature of cooking simply.

In this book we focus on Crepes. The Easy Crepe Cookbook is a complete set of simple but very unique Crepe recipes. You will find that even though the recipes are simple, the tastes are quite amazing.

So will you join me in an adventure of simple cooking?

Remember these recipes are unique so be ready to try some new things.