On A Monday Morning Ride

How about some awesome Price Drops to start this week off right? 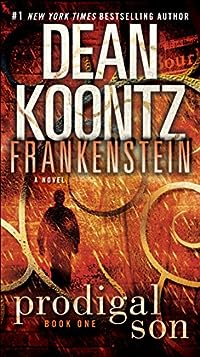 From the celebrated imagination of Dean Koontz comes a powerful reworking of one of the classic stories of all time. If you think you know the story, you know only half the truth. Get ready for the mystery, the myth, the terror, and the magic of…

Every city has secrets. But none as terrible as this. His name is Deucalion, a tattooed man of mysterious origin, a sleight-of-reality artist who’s traveled the centuries with a secret worse than death. He arrives as a serial killer stalks the streets, a killer who carefully selects his victims for the humanity that is missing in himself. Detective Carson O’Connor is cool, cynical, and every bit as tough as she looks. Her partner Michael Maddison would back her up all the way to Hell itself-and that just may be where this case ends up. For the no-nonsense O’Connor is suddenly talking about an ages-old conspiracy, a near immortal race of beings, and killers that are more — and less — than human. Soon it will be clear that as crazy as she sounds, the truth is even more ominous. For their quarry isn’ t merely a homicidal maniac — but his deranged maker. 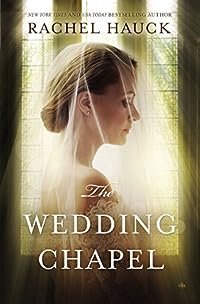 The Wedding Chapel
by Rachel Hauck

A lonely wedding chapel built as a tribute to lost love just might hold the long-awaited secret to hope and reconciliation.

For sixty years, the wedding chapel has stood silent and empty. Retired football hall-of-famer Jimmy “Coach” Westbrook built the chapel by hand, stone by stone, for his beautiful and beloved Collette Greer, whom he lost so many years ago. The chapel is a sanctuary for his memories, a monument to true love, and a testament to his survival of the deepest pain and loss.

Photographer Taylor Branson left her hometown of Heart’s Bend, Tennessee, to make a new life for herself in New York. She had lots to run away from, not least of all a family history of broken promises and broken dreams. Love catches Taylor off guard when she falls for Jack Forester, a successful advertising executive, and their whirlwind romance leads to an elopement — then to second guesses. Jack, in spite of his very real love for Taylor, is battling his own demons and struggles to show her his true self and the depths of his love for her.

Taking a photography assignment in Heart’s Bend, Taylor is thrown back into a past of family secrets buried deep beneath the sands of time. When Taylor and Coach’s journeys collide, they each rediscover the heartbeat of their own dreams as they learn that the love they long to hold is well worth the wait. 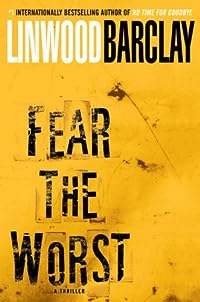 Fear the Worst: A Thriller
by Linwood Barclay

Tim Blake is an average guy. He sells cars. He has an ex-wife who’s moved in with another man. It’s not a life without hassles, but nothing will prepare him for when his daughter, Sydney, vanishes into thin air.

At the hotel where she supposedly worked, no one has ever heard of her. Even her closest friends seem to be at a loss. As he retraces Sydney’s steps, Tim discovers that the suburban Connecticut town he always thought of as idyllic is anything but. What he doesn’t know is that his every move is being watched. There are others who want to find Sydney as much as Tim does. And the closer Tim comes to the truth, the closer he comes to every parent’s worst nightmare — and the kind of evil only a parent’s love has a chance in hell of stopping. 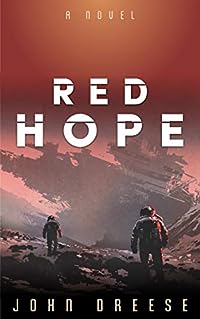 Retired astronaut Adam Alston can’t support his family. When NASA comes knocking for a mission leader, it’s a match made in heaven – especially since their A-list team declined the haphazard mission.

And so did their B-list. But Adam doesn’t know that. And neither does his family.

Ride along as four modern-day astronauts prepare and launch a quickly assembled adventure to discover what the Mars Curiosity Rover found right before it died. With time running out, the fate of humanity rests in the hands of four doomed travelers.

Who will make it back… and why won’t the others? 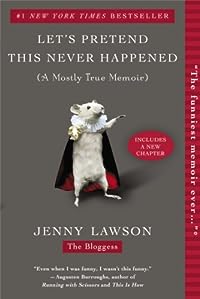 When Jenny Lawson was little, all she ever wanted was to fit in. That dream was cut short by her fantastically unbalanced father and a morbidly eccentric childhood. It did, however, open up an opportunity for Lawson to find the humor in the strange shame-spiral that is her life, and we are all the better for it.

In the irreverent Let’s Pretend This Never Happened, Lawson’s long-suffering husband and sweet daughter help her uncover the surprising discovery that the most terribly human moments — the ones we want to pretend never happened — are the very same moments that make us the people we are today. For every intellectual misfit who thought they were the only ones to think the things that Lawson dares to say out loud, this is a poignant and hysterical look at the dark, disturbing, yet wonderful moments of our lives. 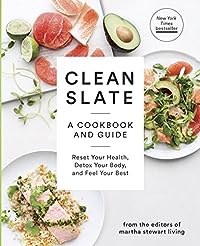 Clean Slate: A Cookbook and Guide: Reset Your Health, Detox Your Body, and Feel Your Best
by Editors of Martha Stewart Living

More than just a cookbook, New York Times bestselling Clean Slate is the complete go-to guide for boosting your energy and feeling your best.

It’s time to hit the reset button. This book emphasizes eating clean, whole, unprocessed foods as part of a primarily plant-based diet, with delicious and healthy recipes that make it easy to do just that. Refreshing juices and smoothies, savory snacks, protein-packed main dishes, and even delectable desserts will keep you satisfied all day long; among them are plenty of vegan, vegetarian, gluten-free, and allergen-free options, each identified by helpful icons.

Clean Slate also provides you with the nutritionally sound information you need to shop for and prepare food that nourishes body and mind. You’ll find guidelines for restocking your pantry with whole grains, beans and legumes, lean proteins, and healthy fats; glossaries of the best sources of detoxifiers, antioxidants, and other health-boosting nutrients; and menus for a simple 3-day cleanse and a 21-day whole-body detox, with easy-to-follow tips and strategies for staying on track.

Get inspired by more than 160 beautifully photographed recipes organized into action-focused chapters, including:

Replenish: Get off to a good start
Whole-Wheat Waffles with Strawberries and Yogurt;
Poached Eggs with Roasted Tomatoes

Relax: Have a little something sweet
Dark Chocolate Bark with Hazelnuts;
Berry-Almond Crisp