I have been given ZERO reasons to trust a humpback whale. 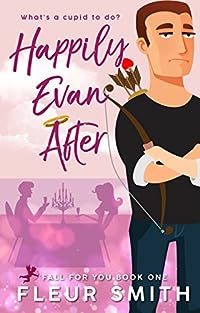 Happily Evan After: (Fall for You #1)
by Fleur Smith

All’s fair in love and… love?
As a cupid, Evan knows all about emotions. The good and the bad. He basks in the afterglow of new love, but his end goal is the promise of paradise and a reunion with his soulmate in return for his service.

At least until he receives an impossible assignment. His love has been reincarnated, and his next job is to find her a match. Bound by duty, he must resist her charm and suppress his own desires. His task is clear and he cannot fail, even if it means his own paradise is now lost.

After all, falling in love is against the rules. Isn’t it? 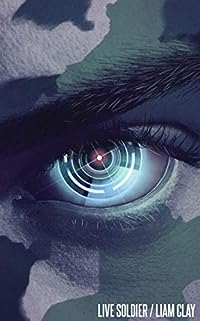 THE APOCALYPSE WILL BE TELEVISED.

You know what they call me.

Camera-eyed killer. Spawn of the ruins. Man who stole a city.

These are not the names of a saint. But every legend has an origin story. And because of what I am, you can experience mine in real-time.

But if you’re sick of sanitized heroes… then log in, lose yourself and become the Live Soldier. Because you’ve never met a marine like me. 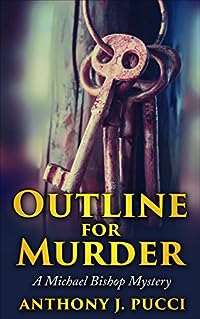 In his long career as an English teacher at Holy Trinity High School, Michael Bishop felt that he was as good at reading people as he was at reading books. That all changes when he discovers the body of the school’s highly successful but universally disliked football coach, Albert Zappala. Even more disturbing is the news that the coach, whose net worth was in the millions, was murdered. Suddenly, everyone is a suspect, including students, colleagues, and even the Sisters who run the school. Bishop’s skill in reading people is put to the ultimate test. Like Captain Ahab searching for the answers in his pursuit of the white whale, Bishop searches into the dark past for the key that will unlock the mystery. Will the truth destroy his belief in the basic goodness of man? 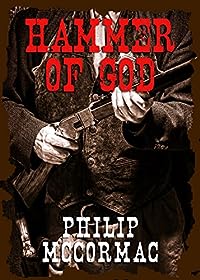 Hammer of God
by Philip McCormac

On this occasion, the men in question are vicious thugs and killers.

They don’t give in easy.

And mostly he brings them in slung over a saddle.

But after tracking and killing a group of merciless bandits, he realises the bloodshed is too much for him.

He resigns his badge and rides south to Mexico where he hangs up his guns.

The peaceful life Joe is seeking is wrecked when the notorious bandit Gomez Farias guns down his friends.

The Hammer of God is roused.

Hammer of God is a thrilling and classic adventure story set in the Wild West. 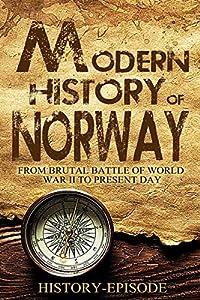 A Complete History of Norway

Most of Scandinavia has been covered by ice at least three times, and the last ice melted about 14,000 years ago. The first traces of man in Norway dates back to sometime after 10,000 BC and they came both from the South and the North East.
The Viking Age (793-1066 AD)
For more than three centuries, the Vikings voyaged and invaded neighboring countries. Little by little they acquired national identities and became Swedes, Danes and Norwegians. Local chieftains were administrating their own areas of the country until Harald Hårfagre united Norway into one kingdom and became the first king around 885.
The fundamental element for the Vikings was the ships, the instrument and symbol of Viking expansion. Due to the exceptional qualities and navigational skills, they spread across Europe, down the Caspian Sea, to Greenland and Iceland, and in the year 1000 to North America, where Leif Eriksson reached the American continent – about five hundred years earlier than Christopher Columbus. At that time Norway became a Christian country and the ruling king oppressed the Viking religion, but many people continued to hold on to the old beliefs. Traces of this Nordic mythology can still be seen in the names of the days of the week and in Norwegian holiday celebrations.
Union with Denmark

Here Is A Preview Of What You Will Get:

• In History of Norway , you will get a full understanding of the book.

• In History of Norway , you will get some fun multiple choice quizzes, along with answers to help you learn about the book.