Just A Touch Of Festive

IT IS TIME!!!! I can finally put out my Fall decorations! I was really good, and I didn’t decorate early. I am a good person, but now it’s go time. I can even bring into the house that Fall scented candle that I bought last week. Although not bringing it in the house had nothing to do with not wanting to rush the holidays. It has got to be the strongest candle I have ever smelled. So strong in fact that I can only have it in the house for ten minutes a day. It does the job, and then some. Maybe I will just leave it by the front door, so when people come over they will get the scent stuck in their nose for a few hours. Sounds festive. I will start out subtle (unlike my candle), and maybe just hang a wreath and put out a few ceramic pumpkins. Nothing too crazy. Definitely gonna put out the Fall tablecloth, which of course MUST have the Fall garland. It would look ridiculous without the garland. And the Turkey….okay, both turkeys. I couldn’t put out one and not the other. That would be weird, right? Yup, nothing too crazy today. 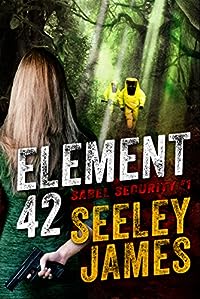 That time you stumbled onto a mass grave and mercenaries bolted from the jungle to hunt you down.

Veteran bodyguard Jacob Stearne aims to spend quality time with his heiress-boss during a charitable mission to Borneo. Building a school seems simple enough until the locals give chase. She won’t say what she did to provoke them, but providing her protection just flipped from being a mini-vacation to a death sentence.

Jacob Stearne is Jack Reacher… without the sanity — Paul Westmoreland

Athlete Pia Sabel intended to put her fortune to use helping educate isolated children. When corrupt officials force her to flee, she remains haunted by the sight of dead and dying villagers. Without evidence of murder, international authorities dismiss her as simply rich and spoiled. Her obsession even grates on the Sabel Security team. Then one of their own contracts a highly contagious disease.

Her friend is near death. A mole in her ranks tries to destroy her. Pia turns to Jacob and his questionable sanity to help bring the guilty to justice. When their primary suspects turn up dead, she must recalculate the evidence. Can Jacob and Pia expose the conspiracy before a tyrant unleashes an apocalyptic virus? 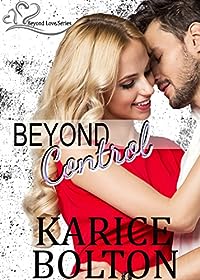 Beyond Control (Beyond Love Book 1)
by Karice Bolton

Gabby Sullivan used to have dreams. That’s right — dreams! But life slowly ate away at those imaginary goals, and before she knew it, she was changing her college major and signing up to live a life that wasn’t her own.

That’s how it works though, right?

Jason’s been trying to piece his life together after a personal tragedy, only it’s not working. Damaged by his ghosts, he’s thrown himself into his work to avoid the past that won’t stop haunting him. He’ll never forgive himself and doesn’t expect anyone else to either.

When the back of his vehicle is clipped by a hurried limo driver he can’t wait to let the driver have it until he hears Gabby’s voice coming from inside the sedan. There’s something soothing about it, something familiar.

The moment Gabby sees Jason, she knows her life will never be the same. But she doesn’t know why. He’s everything she said she never wanted. He’s cocky, arrogant, and infuriating. With his dazzling amber eyes, dark hair and chiseled features she can hardly remember where she’s going, let alone where she’s been and maybe that’s a good thing. She begins to let him show her what life could be, if she really lived it.

Neither wants their past to define their future, but sometimes destiny has something else in store. It’s only as their love grows and secrets are revealed that they realize a devastating connection from their past might actually tear them apart. 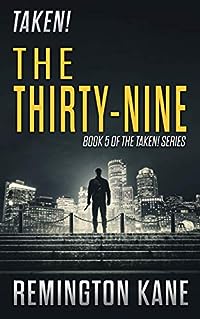 Taken! – The Thirty-Nine (A Taken! Novel Book 5)
by Remington Kane

There’s a mysterious killer on the loose in Detroit and so far he’s slain five innocent women.
When Jessica White and her husband are called in to help, they soon find themselves in danger, and in the end, one of them will become the killer’s next victim. 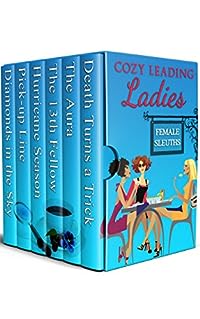 A yummy anthology containing FIVE top-rated cozy mysteries, each featuring smart and savvy ladies — who aren’t afraid to kick some butt. PLUS a romantic puzzler bonus, which isn’t at all what you might expect…

From murder at a conference in fashionable Provence to an underground feminist bordello in San Francisco (with a pit stop on the Gulf Cost where a killer’s on the loose while a hurricane closes in), Cozy Leading Ladies is sure to satisfy mystery readers who love their independent female sleuths. (Friendly piece of advice: it’s probably best to read the collection with a box of chocolates or your favorite brand of potato chips really nearby).

A ROLLICKING TALE OF MURDER, ROMANCE, AND A BORDELLO…

Rebecca Schwartz, nice Jewish lawyer with a few too many fantasies, is happily playing the piano in a whorehouse when she suddenly finds herself assigned to make sure a near-naked state senator escapes a police raid. That dirty job done, a lovely evening turns even more delightful when she’s picked up by the cops and spends the next two hours at the Hall of Justice. Could this day get any worse? Of course! Guess who arrives home to find a dead hooker on her living room floor?

Life spins out of control for London architect Kate Benedict when she sees a dancing aura above certain people’s heads that seems to signal death. Suddenly she’s psychic. But that can’t be! Psychic’s not acceptable in her circle, where the supernatural is strictly for the superstitious. And yet… people are dying. People close to her.

Vol. 3: THE 13th FELLOW, A Mystery In Provence by Tracy Whiting

American Professor Havilah Gaie has always seen herself as “an academic version of Pam Grier’s characters: smart, quick on their feet, loyal with a keen sense of purpose.” Now she’s got a chance to suit up for action because suddenly she’s a witness in a murder.

The 1950s fairly leap off the page in this classic cozy mystery set in northern Florida in the Eisenhower era, complete with Johnny Ray on the jukebox and a Womanless Wedding — this one interrupted by an explosion at a moonshine still. Lily Trulock, owner of Trulock’s Grocery & Marine Supply, leads a pretty quiet life until a stranger comes to town. Before she can say, “down the hatch,” Lily’s at the center of a vicious murder and a no-holds-barred bootlegging war — and a nasty storm’s on the way.

ROMANCE IS THE BEST PAIN-KILLER…

Cupid’s working overtime in the unlikely venue of N.O. Drugs, where plus-sized beauty Ciana Jambon works with dread-locked pharmacy student Lennon Israel, and she’s got the crush of the century. Unbeknownst to her, Lennon’s carrying his own torch, but family problems distract both of them until tragedy leaves Ciana reeling. Lennon wonders if there’s a murderer in her clan, and he’s pretty sure he’s the only one who can help.

BONUS! DIAMONDS IN THE SKY: A mysterious Southern Love Story by M.A. Harper 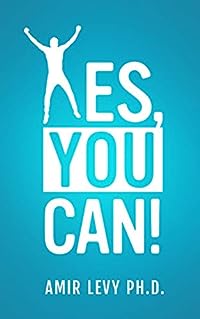 Yes, You can! : Activate Your Innate Abilities, Take Responsibility for Your Life & Find the Way to Success
by Dr. Amir Levy

Everyone has received a gift, but some have forgot to open the package.

Most of the tools for personal success are in our own hands and are available for those who are willing to invest time in learning how to use them.

Understanding what ‘success’ is, is the foundation of this book. It shares the traits of successful people while addressing and answering popular questions:

Do these people have common abilities?

If so, what are they?

“Yes You Can” is one of the books you MUST have in your library. Learn, with a few simple steps, how to become successful, make your dreams come true and change your life forever.