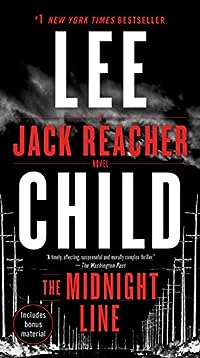 The Midnight Line: A Jack Reacher Novel
by Lee Child

Reacher takes a stroll through a small Wisconsin town and sees a class ring in a pawn shop window: West Point 2005. A tough year to graduate: Iraq, then Afghanistan. The ring is tiny, for a woman, and it has her initials engraved on the inside. Reacher wonders what unlucky circumstance made her give up something she earned over four hard years. He decides to find out. And find the woman. And return her ring. Why not?

So begins a harrowing journey that takes Reacher through the upper Midwest, from a lowlife bar on the sad side of small town to a dirt-blown crossroads in the middle of nowhere, encountering bikers, cops, crooks, muscle, and a missing persons PI who wears a suit and a tie in the Wyoming wilderness.

The deeper Reacher digs, and the more he learns, the more dangerous the terrain becomes. Turns out the ring was just a small link in a far darker chain. Powerful forces are guarding a vast criminal enterprise. Some lines should never be crossed. But then, neither should Reacher. 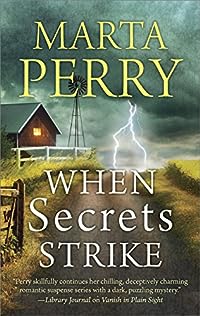 In Laurel Ridge, Pennsylvania, a community once united must suspect one of their own

Amish quilter Sarah Bitler’s dreams no longer feature a husband and family. Instead, she searches for success in the quilt shop within Blackburn House, a place once tarnished with deadly secrets. She refuses to let the past influence her futureuntil an ominous fire forces them to collide.

Firefighter Aaron King was the first to touch Sarah’s heartand the first to break it. Now a widower and father of two small girls, his return to Sarah’s life brings her buried feelings to the surface. As a string of horrific incidents tears apart their community, an arsonist’s wrath threatens to destroy them all. With Aaron as the only suspect, Sarah must follow her instincts to find the truth. But to protect an innocent man, she might risk her heart to Aaron againand risk her life to an unknown killer. 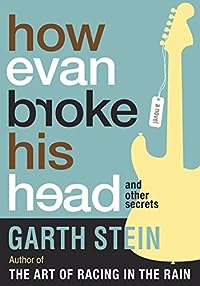 How Evan Broke His Head and Other Secrets: A Novel
by Garth Stein

A struggling musician suddenly finds himself father to a teenage boy, in this “compelling” novel by the author of The Art of Racing in the Rain (Seattle Post-Intelligencer).

Fathers never forget seeing their kids for the first time. But Evan is greeting his son, Dean, fourteen years late. Dean’s mother ran off to another city long ago — and now that she’s passed away, Dean has arrived in Seattle. Evan becomes a single parent in an instant.

Back in the day, he was lead guitarist for a hot band with a hit single. At thirty-one, he gets by as a guitar instructor to middle-aged guys, and does menial work in a music shop. He also struggles with his feelings about being viewed as a slacker by his heart-surgeon dad and his successful-lawyer brother — as well as with the epilepsy that could cause a seizure at any moment.

Now, with Dean in the picture, some things are going to have to change — and both of them will have some growing up to do — in this “engrossing family drama” from the New York Times-bestselling author of The Art of Racing in the Rain and A Sudden Light (Publishers Weekly). 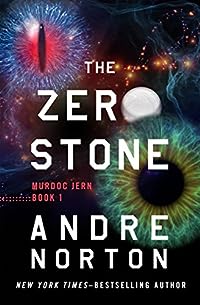 A gem trader and a feline mutant unite to find the truth behind a mysterious stone rumored to be the key to all the power in the universe.

Apprentice gem trader Murdoc Jern lives on Angkor, a thriving hub of interstellar trade. One day, a furtive visitor brings him a ring discovered on an alien corpse. It’s made of age-pitted metal surrounding a dull and lifeless stone. Yet it exerts a powerful hold on Murdoc. And when his father is killed, Murdoc begins a quest, taking with him his only legacy, the mysterious ring, which he knows is the key to his dad’s death.

Accompanied by Eet, a feline mutant with paranormal powers, Murdoc hurtles through space, where he’s pursued by a religious order called the Green Robes. His journey takes him to distant planets and once-great armies marooned on vanished worlds. In a desperate battle to learn the ultimate meaning of the Zero Stone, Murdoc must bargain for his freedom — and his life — and confront the fate that befalls seekers of knowledge. 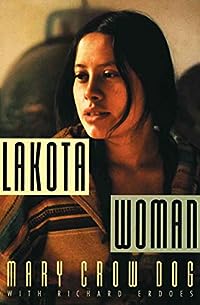 The bestselling memoir of a Native American woman’s struggles and the life she found in activism: “courageous, impassioned, poetic and inspirational” (Publishers Weekly).

Mary Brave Bird grew up on the Rosebud Indian Reservation in South Dakota in a one-room cabin without running water or electricity. With her white father gone, she was left to endure “half-breed” status amid the violence, machismo, and aimless drinking of life on the reservation. Rebelling against all this — as well as a punishing Catholic missionary school — she became a teenage runaway.

Mary was eighteen and pregnant when the rebellion at Wounded Knee happened in 1973. Inspired to take action, she joined the American Indian Movement to fight for the rights of her people. Later, she married Leonard Crow Dog, the AIM’s chief medicine man, who revived the sacred but outlawed Ghost Dance.

Originally published in 1990, Lakota Woman was a national bestseller and winner of the American Book Award. It is a story of determination against all odds, of the cruelties perpetuated against American Indians, and of the Native American struggle for rights. Working with Richard Erdoes, one of the twentieth century’s leading writers on Native American affairs, Brave Bird recounts her difficult upbringing and the path of her fascinating life.