I Have An Idea

The three bee boxes on my partner in crime’s property may have been a little less than impressive after we did our hive inspection, but we still have hope with the colony I caught as a swarm last spring. They are very busy and active and since it was a wild swarm I am hoping they are stronger than any colony we could buy. I am cautious about getting my hopes up too high though.  My main goal is to get the colony through the winter and maybe even have a bit of honey next year. It’s a crazy thing, but I am already planning my garden for next year. Lots and lots of lavender! I wonder what hubby would think if I just pulled up all of the lawn in the front yard and planted nothing but lavender. Maybe in a fun pattern so in the winter it still looks kinda cute. HUBBY??!!! I HAVE AN IDEA!!! 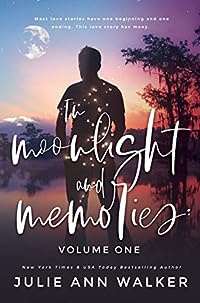 In Moonlight and Memories: Volume One
by Julie Ann Walker

MOST LOVE STORIES HAVE ONE BEGINNING AND ONE ENDING. THIS LOVE STORY HAS MANY.

Maggie: Ten years ago, Cash Armstrong stole my heart. Then he promptly joined the army — dragging my best friend with him — and left me crying on the front porch in a red sequined prom dress. Now he’s back. They’re both back. Cash, the one who still has my heart. And Luc, the one who saved my life.

Cash: How do you know if you’re at the end of the beginning or the beginning of the end? That’s what I’ve been trying to figure out since a traumatic brain injury made me “unfit to serve.” I’m back in New Orleans, and picking up the shattered pieces of my past means I must confront where my life’s journey began… and where it all might end.

Luc: Long ago, Maggie May was mine. Not mine in the way you might think. She was mine because she was my only friend. Then Cash came along and we became brothers by something stronger than blood. We became brothers by choice. When tragedy struck, I was forced to make a decision that changed all our lives. I thought, after ten years, it was safe to come back home. I was wrong… 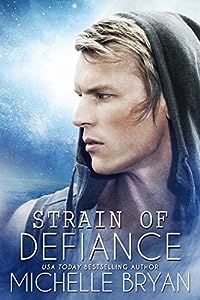 My name is Bixby. I’m a survivor. After eight years of fighting the alien invaders and gangs of ravagers that destroyed our world, we thought we had lived through the worst of it.

We were so wrong. 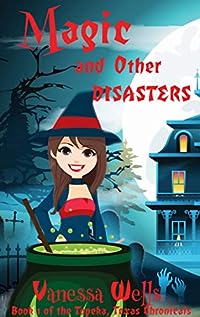 Magic and Other Disasters: A Witchy Texas-Style Cozy Mystery (The Chronicles of Topeka,TX Book 1)
by Vanessa Wells

When Gwen Henson finds out that her family is moving again right before her senior year, she’s less than pleased with the situation. Just another Podunk-Junction town in the middle of nowhere. Been there, done that.

But this isn’t just another town. Strange things happen in Topeka, and it doesn’t take long for Gwen to find herself in the middle of it and in way over her head. 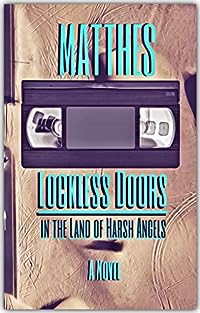 Lockless Doors in the Land of Harsh Angels
by Dave Matthes

‘Lockless Doors in the Land of Harsh Angels’, is at its core a story about family. Beyond that, it’s an examination on forgiveness, the relationship between Christmas trees and caskets; bliss with a little bit of chaos thrown in for good measure, and learning the importance of one of the holiday’s most heartfelt lessons: appreciating those loved ones around you while doing one’s utmost best at tolerating the rest of the family without murdering them. 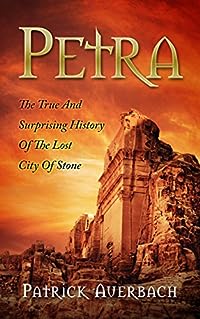 Petra: The True And Surprising History Of The Lost City Of Stone
by Patrick Auerbach

This book contains information about a rich historical site in Jordan. This ancient site was crafted using the cliffs of sandstone in the south of the country. The word “Petra” is of Greek origin and means “rock”, which perfectly suits a city carved into the cliffs of Jordan.

The Rediscovered City of Stone:
Just a few hours south of the country’s capital, Amman, the area was officially founded by the Arab tribe of nomads. This occurred centuries before Christ was born. This tribe was well known for their impeccable engineering, agriculture, trading, and of course, stone-carving skills. Much is still unknown about this ancient culture, but we know for sure that they were incredibly talented artists and engineers.

At this city, a people called the Nabataeans created tombs, temples, halls and houses, aqueducts, and prestigious altars. They created a civilization that existed right in the midst of the Near East, an ancient area for trading and commerce since the routes for transporting spice and traveling trails all existed within the city of Petra.

In its hay day, Petra housed about 20,000 people, called the Nabataeans. These ancient humans were known for coming up with a way to create a waterway system to fuel their city, perhaps the most impressive fact about this is that it was right in the middle of the desert.

The lost city was discovered again in the 1800s, and more information as to how the ancient inhabitants lived are still being unearthed. We are now coming to discover exactly how this impressive city appeared thousands of years back.