This is a little fun fact I stole from a friends Facebook page. “Some species of burrowing spiders keep teeny tiny frogs in their burrows to keep it free of bugs too small for the spider to get that might try to eat the spider’s eggs. This means that tiny frogs are spider cats.” Hmmph. I wonder if those spider cats appreciate being used like that. Are they allowed to jump onto the Spiders dinner table, or do they get shooed off? Can you imagine if the frog tried to cuddle up to the spider? That would be weird. I really don’t have too much to say about that…it’s just weird. There is currently a spider running around the ceiling in my house. He isn’t big enough to scream about, but still has enough size for me to worry about him jumping into my mouth while I sleep. Unfortunately the only time I really notice him is when I am all settled under a blanket on the couch, with Sinny, Junebug, and Casper all snuggled on my lap. At that point there is really nothing I can do. I am going to eat that spider while I sleep aren’t I? 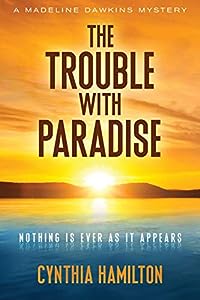 The Trouble with Paradise: Madeline Dawkins Mystery #4
by Cynthia Hamilton

Life in beautiful Santa Barbara County will never be the same for two grieving widows. One is serving a lengthy sentence for the bizarre tractor death of her much older, land-rich husband. The other is convinced her husband’s death was no suicide.

During Madeline’s four-month convalescence, Steven Ridley — her jailbird ex — manages to get parole on the pretext of retraining inmates for their reentry into society. He has the audacity to enlist Mike’s help to find out if inmate Lindsay Bartholomew had been set up to take the fall for her husband’s death.

Santa Barbara D.A. Conrad Adams makes a personal appeal to MDPI on behalf of Natalie Sheckle, hoping Madeline and Mike can prove whether her husband took his own life, or if someone stitched him up for his own murder.
Never ones to shy away from longshots or lost causes, the duo dives into both cases. But now they must figure out what secrets these two men took to their graves. 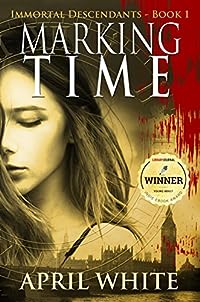 Seventeen-year-old tagger Saira Elian can handle anything… a mother who mysteriously disappears, a stranger who stalks her around London, and even the noble English grandmother who kicked Saira and her mother out of the family. But when an old graffiti tag in a Tube station transports Saira to the nineteenth century and she comes face-to-face with Jack the Ripper, she realizes she needs help after all.

Saira meets Archer, a charming student who helps her blend in as much as a tall, modern American teen can in Victorian England. He reveals the existence of the Immortals: Time, Nature, Fate, War, and Death, and explains to Saira that it is possible to move between centuries – if you are a Descendant of Time.

Saira finds unexpected friendships at a boarding school for Immortal Descendants and a complicated love with a young man from the past. But time is running out for her mother, and to save her, Saira must embrace her new identity as she hides from Archer a devastating secret about his future that may cost him his life. 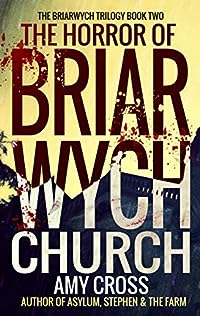 Seventy years ago, Briarwych Church was sealed for the second time. The great wooden door has remained shut and locked ever since. But now, in the present day, evil is stirring once more.

Sent to live with new foster parents in Briarwych, Kerry and Mark soon set about exploring the village. When they’re warned to stay away from the church, they naturally decide to go and take a closer look. And when the long-sealed door mysteriously swings open, they’re drawn inside to meet a terrible fate.

After seventy years, a policy of containment is no longer enough. A priest is sent to Briarwych, with the sole task of defeating the evil once and for all. But what really lurks in the shadows of Briarwych Church? Why did Judith Prendergast turn to evil? And by attempting to banish the ghost forever, is Father Liam Dermott actually walking straight into an ancient and deadly trap? 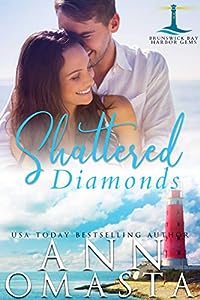 She let everyone down. He stunned the people of their small town. Can these broken souls heal each other or are some scars too deep to mend?

Josie Michaels has dedicated her entire life to winning an Olympic gold medal. When an injury steals her ability to swim competitively, her entire life crashes down around her.

Alex Biggs is a heartbroken father doing his best to raise a happy, healthy little girl, even though he is in the center of the biggest scandal the seaside Maine town of Brunswick Bay Harbor has ever seen–his wife, Claire, is missing and almost everyone thinks he’s behind her disappearance.

Josie needs a job, and the only one she’s qualified for is being a nanny to Alex’s adorable daughter, Hannah. Will working for the town’s most notorious murder suspect bring Jo the purpose she craves, or will it prove to be a deadly mistake?

Fans of Bella Andre, Marie Force, and Melissa Foster are sure to enjoy this page-turning contemporary romance series.

Will Josie and Alex find a way to heal each other and move on from their tragic pasts, or has their path to happiness already been crushed beyond repair? Find out now in Shattered Diamonds.

This exciting romance novel has been known to make readers desperate to dive into the next book in this binge-worthy series. You’ve been warned! 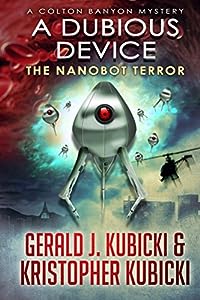 Can nanobots be used for good and evil? You can the find out the chilling answer in A Dubious Device.
While he is on vacation, Colton Banyon is suddenly arrested on a charge of multiply murders and hauled off to jail. During his interrogation by Detective Haleigh Taylor, he finds out that someone is using a book he has written to kill death row inmates at several Nevada prisons.
Eventually he is cleared of the murders and is asked to help solve them. The President of the United States tells Banyon that the inmates are being murdered by a plague and nanobots are the vehicle.
Banyon discovers that the nanobots are controlled by an old Nazi named Bernard Schultz on behalf of the Effort, the modern day version of the Nazis. Schultz intends to do some old-fashion ethnic cleansing and take over the American government.
Meanwhile, Banyon and the rest of his team attempt to recover an ancient artifact that has unusual powers before the Effort can use it to take down the President.
Soon the United States is in chaos, the government is about to fall and millions are about to die. Banyon must save the day, but can he stop the nanobot terror. 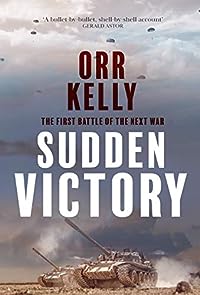 Sudden Victory is an Historical account of the development of battlefield warfare, from the bloody trenches of World War I to the highly mobile warfare that stunned the world with the Blitzkrieg in September 1939.

General Erich Ludendorff, the German commander, called August 8 the “black day of the German army.” Although it was not yet obvious to the Allied commanders as the fighting went on for another three months, the German generals knew that they had not only lost the war but that the German people were doomed to years of suffering.

Sudden Victory focuses on four men who played pivotal roles in the transformation of the battlefield, and looks at the use of tanks in the Yom Kippur War of 1973 and the highly successful use by the Americans of the new Abrams tank in the first Gulf war of 1991 and the invasion of Iraq in 2003.

Sudden Victory is the latest in a series of books, mostly on military history, by Orr Kelly. He is a veteran Washington newsman who has covered the Pentagon as welll as the Justice Department, the Federal Bureau of Investigation and the Central Intelligence Agency.

Orr Kelly is a veteran Washington newspaper and magazine reporter. As a staff member of the Washington Star and U.S. News and World Report magazine he covered the Pentagon, the Justice Department, the FBI and the CIA. He is the author of ten books, most of them on military history, and two works of fiction. He divides his time between his home in Chevy Chase, MD and the family farm in Washington County, MD.