Don’t Eat All The Bagels

I can’t tell you how happy I am that it is FRIDAY! I don’t even need to give a reason. I am pretty sure everyone would agree that it being Friday is an awesome thing. Even if we all had the best week ever at work, and everything went our way, we would still be celebrating the fact that it’s Friday. Yes, I know the weekend doesn’t really start until 5, but I would bet there are more than just a few of you that have some sort of treat in the break room. 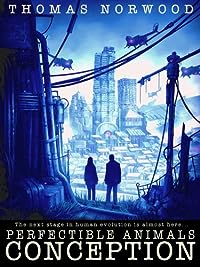 THE NEXT STAGE IN HUMAN EVOLUTION IS ALMOST HERE…

BUT WILL HOMO SAPIENS SURVIVE?

The year is 2065. Environmental and social chaos are destroying all life on earth. Food supplies have dwindled to almost nothing. The wealthiest live in gated cities; everyone else ekes out an existence in gang-ruled shanty towns.

Michael Khan, a geneticist struggling to save his wife from a deadly virus, is recruited by a secret organization to engineer the next stage in the evolution of Homo sapiens: highly immune to disease and extremely cooperative.

When the military learns of his research, they hire him to help create a bio-weapon to be used against invading forces. However, the military has its own agenda, and Michael soon learns that nobody, not even his own government, can be trusted. 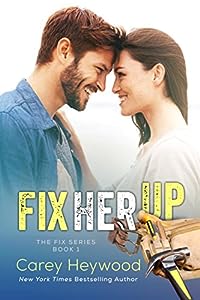 Fix Her Up (The Fix Book 1)
by Carey Heywood

Finley Reeves is the queen of bad mistakes. Fresh off a bad divorce, she decides to rebuild her life from the ground up – starting with a fixer-upper that’s got more leaks than the Titanic. Deciding to tackle this project alone might be her biggest mistake of all… That is, until Noah Thompson shows up at her front door like a knight in a shining tool belt and makes her an offer she’d be crazy to refuse.

Noah’s sexy, rugged, and good with his hands, but Finley swears she doesn’t need his help – in the basement, or in the bedroom. Can this unlikely couple build a future together? Or will this be one fixer-upper that is better off left alone? 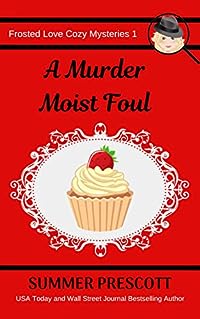 A little competition never hurt anyone.
But it just might kill them.
Cupcake shop owner, Melissa Gladstone, is a hometown Southern gal, with a nose for clues and a talent for tasty cupcakes.
Missy’s hometown of LaChance, Louisiana is a sleepy southern berg, where everyone knows everyone, and where the townsfolk have been watching the rivalry between Missy Gladstone and Darryl ‘The Donut Man’ Davis for years. Both local proprietors vie fiercely for the morning coffee crowd, and it was well known that the two competitive folks weren’t exactly fond of each other. What the good people of LaChance never imagined is that one of them would become a murder victim. Life gets crazy, and a whole heap of trouble is stirred up in town, when The Donut Man is found dead in his shop.

Given the history of bad blood between Missy and Darryl, she’s an obvious choice for the perpetrator of the crime. Chas Beckett, LaChance’s handsome new homicide detective, has some serious questions for Missy and her loyal assistant Ben, and it’s up to Missy to figure out who the killer is before the two of them find themselves in jail.

Missy never fancied herself as an amateur sleuth, but this strong southern woman is not one to shrink from a challenge, so she dives headfirst into her own murder investigation, despite warnings from the hunky homicide detective. Will she solve the case? Or will she be the next victim?
Find out in this fast-paced Cozy Mystery! 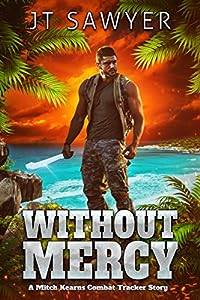 When Mitch, Dev, and the senior Gideon staff head to Thailand for a conference, they think the rest of the week is going to be spent enjoying the sights with one of their colleagues. Instead, they cross paths with human-traffickers who have abducted some foreign tourists. Teaming up with another K & R firm of merciless fighters, the two groups need to stop a freighter of pirates intent on smuggling out the captives. With time slipping away, Mitch and the others must hunt down the criminals and resort to unconventional fighting methods in a culture still bound by the deadly blade arts. 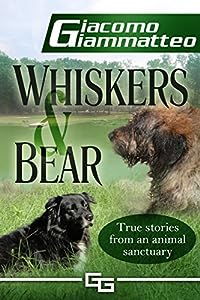 Whiskers and Bear were two of the best dogs in the world. They didn’t always listen or even try to listen, but they were loyal to a fault, and they were the best of friends. They hunted all of their food, and they protected our animal sanctuary with no regard for their own safety.