A Cold Who Knows Me

Did anyone catch the license plate of that bus (AKA the horrible cold) that hit me yesterday? WHOA! It meant business! Not even the strongest cold medicine could help me yesterday, but I still had to get things done for our trip this weekend. I have never flown through a Costco so fast in my life. Armed with only ten tissues (five in each pocket) I had to make it through the whole store without using them all up. Thankfully I was able to look somewhat human and I made it out with not even a sniffle. After I loaded the car and was back in the drivers seat, my body must have known it was safe because it blew up like a rocket. It was nice enough to let me be human in the store, but made up for it tenfold on the way home. I was gross. Just… so gross. I managed to get home and get the refrigerated and freezer items put away, but that was my limit. I somehow managed to also pick my oldest baby basset up from school, but that is a bit of a blubbery blur. After that I was either on the couch or in bed for the rest of the afternoon and night. What a mess! Thankfully I am right on schedule with this cold. I feel a bit more human today, so I should be able to get everything done and then we are off camping for the weekend! What a perfectly nice cold. 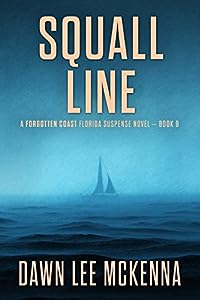 In the small, coastal towns of the Florida Panhandle, there are no six degrees of separation; they’re lucky to stretch it to three. Everyone knows everybody, and the loss of any one person is felt by all.

But what happens when a beloved law enforcement officer is shot down, and the shooter is a terrified young man, barely more than a child?

Lt. Maggie Hamilton is devastated when a good friend and fellow officer is shot while trying to keep a bullied high-schooler from making a terrible mistake. Soon after, videos of the event become viral, fanning the flames.

Now both the young man and the bully who victimized him go missing. It suddenly becomes clear that the two boys disappeared together. Who is the aggressor now, and who is most at-risk? As the situation begins to unfold both online and in the real world, everyone is faced with the ramifications of bullying, and with the part that social media plays in making bad situations worse and turning private hells into public tragedies.

This is the ninth book in the bestselling Forgotten Coast Florida Suspense series, known for its rich coastal atmosphere, authentically-textured characters and dry humor. 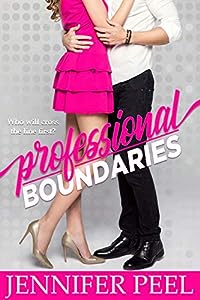 In the ultimate game of tug of war, who will cross the line first?

Kelli Bryant is all set to be the new Marketing Director of Chandler Media. After all, she has the right credentials and her colleagues love her. But her plans are derailed when her promotion is given to someone else. And not just any someone else, but her old college boyfriend, Ian Greyson, her one true love, and the last person she ever wants to see again.

Ian made a terrible mistake thirteen years ago when he walked away from Kelli, so when fate intervenes and gives him the chance to reconnect with her, he takes it. But unbeknownst to him, it means stealing her promotion.

The battle lines are drawn when the two old flames butt heads about everything from office etiquette to sales goals. Their explosive relationship spills over into their personal lives as Kelli tries to keep Ian at arm’s length while he desperately tries to win her back, outside of business hours, of course. Will they ever learn how to mix business with pleasure, or will they keep their professional boundaries? 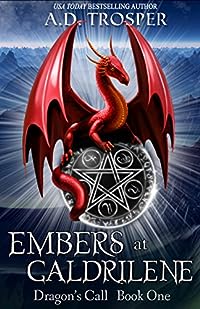 “A ray of light, a stain of shadow, shall endure to breathe life and death into the future”

The war between the Guardians and the Shadow Riders ended in total devastation. The final battle killed all the dragons and left nothing but fields of ash. A small clutch of dragon eggs was all that remained to provide hope for the future.

Five hundred years later, the ability to use magic is a death sentence and dragons are remembered as a curse. But the unhatched dragons sing for their riders… and six lives will be changed forever.

The elements of magic are drawn together as the dragons’ call leads them on a journey where they learn everything they’ve been taught to believe about magic and dragons is wrong.

When an evil from the past rises again, and Shadow Dragons ride the dawn once more, they will risk everything to save a future none of them thought possible. 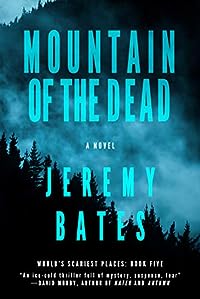 Mountain of the Dead: A Novel (World’s Scariest Places Book 5)
by Jeremy Bates

OVER ONE MILLION READERS HAVE TAKEN THE JOURNEY TO THE WORLD’S SCARIEST PLACES. NOW IT’S YOUR TURN.

The greatest unsolved mystery of the 20th century — until now.

Fact: During the night of February 1, 1959, in the remote reaches of Siberia, nine Russian hikers slash open their tent from the inside and flee into a blizzard in subpolar temperatures.

Fact: By morning all are dead, several having suffered gruesome, violent deaths. What happened to them has baffled investigators and researchers to this day.

It has become known as the Dyatlov Pass Incident.

Now, an American true-crime writer seeking answers to the enduring mystery sets out to retrace the hikers’ steps on their fateful expedition — though nothing can prepare him for what he is about to discover… 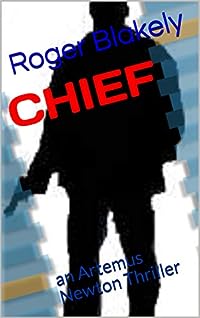 All Artemus Newton wanted after thirty-two years in the Army was a nice, quiet retirement.

That’s not going to happen.

Fifty-year-old Army Chief Warrant Officer Artemus Newton has just retired after a long and mostly lackluster career sitting behind desks at different assignments around the world. Now Artemus Newton and his cat Gus have moved to a comfortable apartment at a far northwestern suburb of Chicago and he is looking forward to a peaceful retirement living off his Army pension, supplemented by a less stressful part time job.

Sinister forces are planning the largest terror attack on American soil in history and they are converging on a target nearby.

Guess who has to stop them.