One Book Said He Was Crazy

Price Drops are the kind of books that say “Look At Me! I Love You!” 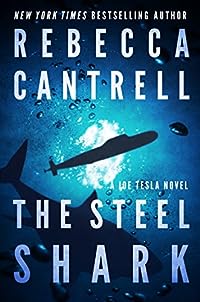 His dog. His computer. The tunnels under New York City.

That’s all Joe Tesla’s agoraphobia has left him with — the inside world, the dark world — and now the black depths of the sea.

In the latest book in this award-winning thriller series, Joe Tesla ventures out into the ocean depths in an underwater scavenger hunt. The competition turns deadly when a mystery sub rams Joe’s and leaves him for dead on the ocean floor.

Joe survives and his search for answers leads into a web of international intrigue and enigmatic weapons. When he shares his knowledge with the authorities, they bury his information and threaten to bury him as well. After a drone attack drives him out to sea, he realizes that he alone can discover the truth hidden in a rogue submarine… … and save the city he loves from annihilation.

But can a man trapped inside by his own fears ever save the larger world above? 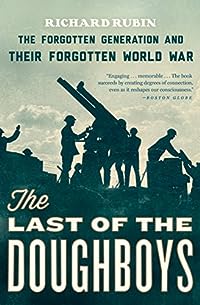 The Last of the Doughboys: The Forgotten Generation and Their Forgotten World War
by Richard Rubin

In 2003, eighty-five years after the end of World War I, Richard Rubin set out to see if he could still find and talk to someone who had actually served in the American Expeditionary Forces during that colossal conflict. Ultimately he found dozens, aged 101 to 113, from Cape Cod to Carson City, who shared with him at the last possible moment their stories of America’s Great War.

Nineteenth-century men and women living in the twenty-first century, they were self-reliant, humble, and stoic, never complaining, but still marveling at the immensity of the war they helped win, and the complexity of the world they helped create. Though America has largely forgotten their war, you will never forget them, or their stories. A decade in the making, The Last of the Doughboys is the most sweeping look at America’s First World War in a generation, a glorious reminder of the tremendously important role America played in the “war to end all wars,” as well as a moving meditation on character, grace, aging, and memory. 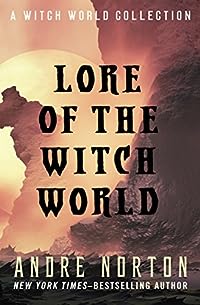 Few authors have achieved such renown as World Fantasy Life Achievement honoree and Science Fiction Writers of America Grand Master Andre Norton. With the love of readers and the praise of critics, Norton’s books have sold millions of copies worldwide.

The Witch World… Far away in space and time, the Witch World has become the legendary home of all who dream and wonder of unknown worlds. 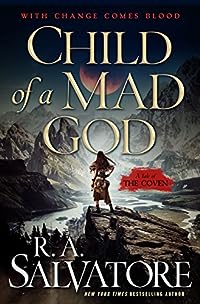 Child of a Mad God: A Tale of the Coven
by R. A. Salvatore

When Aoleyn loses her parents, she is left to fend for herself among a tribe of vicious barbarians. Bound by rigid traditions, she dreams of escaping to the world beyond her mountain home.

The only hope for achieving the kind of freedom she searches for is to learn how to wield the mysterious power used by the tribe’s coven known as the Song of Usgar. Thankfully, Aoleyn may be the strongest witch to have ever lived, but magic comes at price. Not only has her abilities caught the eye of the brutish warlord that leads the tribe, but the demon of the mountain hunts all who wield the Coven’s power, and Aoleyn’s talent has made her a beacon in the night.

Child of a Mad God is the first book in bestselling author R. A. Salvatore’s The Coven series. 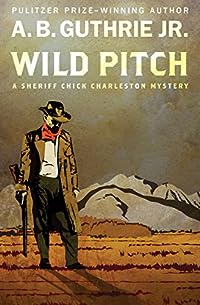 Wild Pitch (The Sheriff Chick Charleston Mysteries Book 1)
by A. B. Guthrie

A self-made cattle baron with a bad habit of letting his stock graze on his neighbors’ property, Buster Hogue has stepped on plenty of toes in Midbury, Montana. But orneriness is a virtue in this rough and beautiful land, and Buster’s disputes have always ended amicably — until tonight. Shot in the head at a picnic outside town, the crusty old rancher is rushed to the hospital barely alive. On a night when the moon shone bright enough to take target practice by, no one saw who pulled the trigger or where the bullet came from.

With a plethora of motives and no real evidence, Sheriff Chick Charleston sets out to solve his first case of attempted murder. Aided by his eager sidekick, seventeen-year-old local pitching prospect Jason Beard, the sheriff employs every ounce of his wit, intelligence, and intuition to track down the ruthless sniper. The trail ends in a climactic showdown that will change the investigative duo’s lives forever.

Populated with a colorful cast of local characters and enlivened by a wry humor and A. B. Guthrie Jr.’s keen appreciation for the rhythms of small-town Western life, Wild Pitch is the story of an impossible crime and the two men clever enough to solve it. 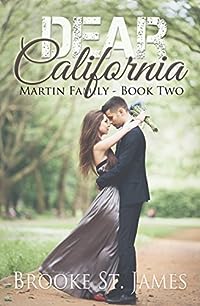 Martin Outfitters had a potentially lucrative partnership in the works with a clothing company based in California. A face-to-face meeting with the owner was all they needed to seal the deal. Cole Martin was confident he could take care of business, and he offered to make the trip.

When his father suggested he take a vacation on the West Coast after the meeting, Cole refused. He was solely focused on securing the partnership so he could get back home. He had no intentions of taking a vacation, much less building lasting personal relationships or experiencing life-changing events while he was there.

Everything was going according to plan until he met Olivia.

“Rescue me,” was the first thing she said to him, and well, with Cole being a Southern gentleman and all, that was exactly what he did.