I am so curious what it is that I got last night. I picked up the “Swarm” of bees that moved into a cardboard box at a friends house. I have no clue what they were though, or if they even have a queen. When I picked up the box, it felt completely empty, but I heard little bees buzzing away in there. It seems the more I work with bees the less I know. Its almost as if the bee universe is expanding at a rate much faster than I am learning, so in a way I am getting dumber and dumber. I set a space up for them in my yard sacrificing the tomato plants. They weren’t producing anything at all, and I blame that on bad soil. I will be sure to add steer manure to it next time. In the meantime the space is for these mysterious new bees. 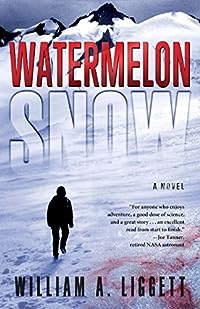 Watermelon Snow: A Cli-Fi Adventure Novel
by William A. Liggett

A climate scientist uncovers a long-held secret, triggering a series of tragic events that threaten her research, her career — and the lives of everyone around her.

Deep within the melting Blue Glacier in the Washington wilderness, climate scientist Dr. Kate Landry makes a remarkable discovery. Determined to conceal it from colleagues eager to steal her work, she must somehow distract the behavioral scientist NASA sends to study her team.

From the moment he sets foot on the ice, Dr. Grant Poole finds himself in a strange world of unexpected beauty but fraught with extreme dangers he has tried his whole life to avoid. Greeted with suspicion, he soon realizes Kate is hiding something.

When a mysterious illness strikes her crew and an intense storm engulfs their tiny research station, Kate can no longer shield the truth from Grant. Thrown together in a struggle to survive, they are trapped between keeping Kate’s secret and protecting the lives of thousands, even millions.

Time is running out. Can they find a way to save everyone and still preserve Kate’s discovery? 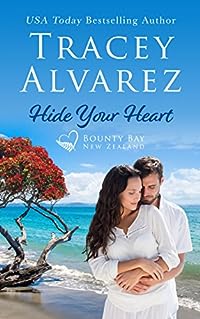 Lauren Taylor and her young son have fled back to her hometown to escape fame’s cruel spotlight, and all she wants to do is start over. No press, no pictures, no problem. Until Nate Fraser, a sexy photojournalist, moves in next door. Resisting his kisses and keeping her secrets soon become the hardest thing she’s ever done.

Nate’s got one foot out the door and one last assignment before he resumes his nomadic lifestyle, camera in hand. His every instinct screams that his beautiful but unwelcoming neighbour is hiding something. He couldn’t care less when it’s difficult enough to keep his eyes — and lips — off of her. No matter how much Nate attempts to keep his heart out of reach, he’s drawn into her life. But a guy like him can never have what he wants most. Can he?

HIDE YOUR HEART is the first story in Tracey Alvarez’s Bounty Bay series, set against the stunning backdrop of Aotearoa, New Zealand. If you like heartwarming, sexy and sweet small town romances, you’ll love sharing the journey with these authentic men and women struggling to find their special someone. Welcome to Bounty Bay, where the reward of true love is a price only some are willing to pay. 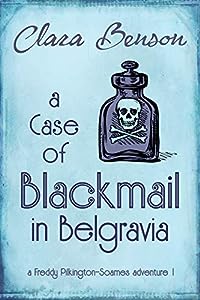 It’s 1929, and Ticky Maltravers is the toast of London high society, adored by everyone — or so it seems, until somebody poisons him over dinner. Now it turns out that numerous people with secrets to hide had every reason to wish him dead. But which of them murdered him? For Freddy Pilkington-Soames, newspaper reporter and man-about-town, the question hits a little too close to home, thanks to an unfortunate drunken encounter with Ticky’s corpse which he’d much rather the police didn’t find out about — and thanks also to his exasperating mother Cynthia’s seeming determination to get herself arrested by tampering with the evidence. But a pretty girl with big blue eyes is demanding his help in solving the mystery, so what can he do but agree? Now all he has to do is hide the wrong clues, find the right ones, and unmask the murderer before the police discover what’s really been going on. That ought to be easy enough. If only people didn’t keep getting killed… 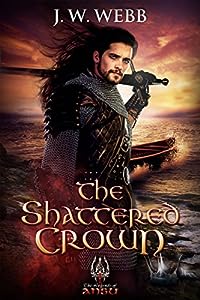 The Shattered Crown: A legends of Ansu fantasy
by J.W. Webb

A fiery young queen and a cynical mercenary are thrown together when a sorcerer usurps their high king’s throne.

Queen Ariane dreams of her goddess who warns that the high king has been murdered and his enchanted crown broken, the remnants stolen by a renegade prince. Despairing she rides deep into her overlord’s realm – a land now ruled by the scheming usurper, Caswallon, the sorcerer.

Corin an Fol returns home after many years fighting in other people’s wars. But he finds no solace – instead he is persuaded to seek out Queen Ariane and assist her in the struggle against Caswallon. But the sorcerer knows their game and sends his creatures to waylay them. Corin and his queen must learn to trust each other before the enemy arrives. That’s not going to be easy – she has a foul temper, and he’s not fond of royalty.

The Shattered Crown is the first book in an exciting new trilogy called The Crystal King that also forms part of the Legends of Ansu, a spellbinding new fantasy series that will appeal to fans of Game of Thrones. All the books contain beautiful sketches by a former Tolkien artist. If you like tough action featuring gritty characters set to a vivid fantasy backdrop of war, treachery, and vengeance, then you are going to love this new tale by JW Webb. 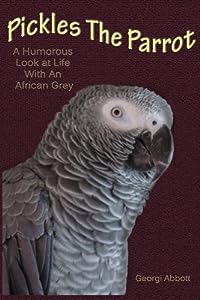 Everyday life with an African Grey Parrot seen through the humorous and often twisted mind of his owner, Georgi. Her interesting perspectives on animal intellect and unique insights into nature take the reader on a thought provoking, entertaining and often hilarious ride. The star of the book, Pickles, takes his adventures in stride with wit and charm. Pickles is an intelligent parrot who constantly challenges Georgi to keep up with him, both physically and intellectually. His demanding, outspoken yet fun loving attitude places both himself and his owner in some very amusing, and sometimes embarrassing, situations. Georgi touches a bit on nature, as it pertains to Pickles when he is outside in his aviary – their beautiful yard, trout pond and wild birdlife. She speaks of the trials and tribulations of owning a parrot – diet, behaviour and bird intelligence – but for the most part, this book is about the antics of a parrot who thrives on attention and mischief.