Today we have the first three novels in award-winning crime fiction author Chad Sanborn’s popular Billy Keene Stories. Chad’s writing is exceptionally light on its feet, striking exactly the right note without appearing to try too hard, and filled with twists and turns you wont see coming. Enjoy! 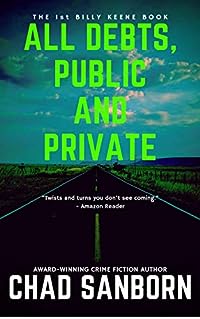 HE ENFORCES THE LAW. HER MONEY PUTS HER ABOVE IT.

Billy knows he’s in over his head. Everyone else in the small town of Caulfield knows it too.

When Arlita’s spoiled granddaughter is kidnapped, people are telling Billy how to do his job. Or, worse, not telling him anything at all.

Newly-rich Arlita certainly isn’t saying much. Rather than leave her granddaughter’s life in the hands of someone as green as Billy, Arlita decides to use her money and power to get her granddaughter back. And, in the process get payback against the kidnappers — who are closer than she realizes.

With time running out, Billy scrambles to be the first to find Arlita’s granddaughter. But Billy’s always a step behind Arlita… and his next step might get him killed. 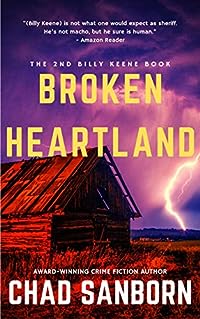 BILLY KEENE DIGS INTO A BIZARRE AND BRUTAL CASE

Sheriff Billy Keene’s still learning on the job — and learning dark secrets about the colorful people in his odd hometown of Caulfield.

Recently, more than a few golfing buddies around town have traded in their first wives for mail-order Ukrainian brides. Of course, none of the ex-wives are happy about this latest marital trend.

So when racist vandalism appears around the time one of the mail-order brides is viciously attacked, Billy’s unsure:

Is he investigating a hate crime? Or a crime of passion?

With his own love life in chaos – and his life-life in the cross-hairs – Billy discovers that intense passions of all kinds can push people to commit acts of heartbreaking kindness… and unspeakable brutality. 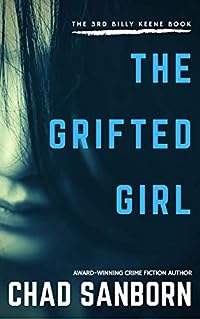 Their teacher refers to them as grifted — intellectually gifted but very much at-risk high school students.

After Valerie Aguilar, an exceptionally bright, exceptionally rebellious teenager, makes a fool out of Sheriff Billy Keene during a classroom visit, Billy – barely a grownup himself – questions what he has to offer this younger generation coming of age in his beloved, if twisted, Caulfield.

Then, while investigating an assault, Billy hears whispers about Doyle and Ionia Ikey. The Ikeys run the town’s roller skating rink, video arcade, outdoor paintball field… and, rumor has it, lure vulnerable teens into their crime ring. Unfortunately, Billy has absolutely zero proof to move against them.

After Valerie refuses his help and gets herself deeply entangled in the Ikey’s crooked schemes, Billy discovers there’s no line he won’t cross to protect the girl.

But the Ikeys? They want to make sure the girl’s gone for good.