Return To The Past

The Titus Ray Thriller series by Luana Ehrlich, is perfect for anyone who enjoys good clean fiction, involving current events in the world. Readers will be hooked from the beginning with story lines that are full of action and intrigue, with a dash of soul mixed in for good measure. Enjoy! 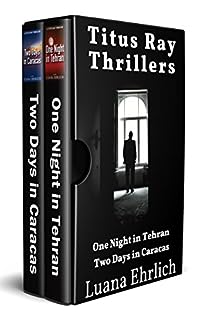 Begin your discovery of Titus Ray Thrillers with this box set of Books I & II
Together, this highly acclaimed series has over 700 five-star reviews!
Book I, One Night in Tehran
When he starts searching for answers, an assassin begins his own search–for him.
In Tehran, while hiding out from the Iranian secret police, CIA officer, Titus Ray, finds shelter with a group of Iranian Christians. Compelled by their unwavering faith, the battle-hardened agent becomes a believer shortly before they smuggle him out of Iran to freedom in Turkey.

Returning to the States, he discovers his Iranian mission failed because of political infighting within the Agency. After delivering a scathing indictment against the Deputy Director of Operations, he’s forced to take a year’s medical leave in Oklahoma.

Before leaving Langley, however, he discovers a Hezbollah hit man has targeted him for assassination. Now, while trying to figure out what it means to be a follower of Christ, he must decide if the Iranian couple he meets in Oklahoma has ties to the man who’s trying to kill him, and if Nikki Saxon, a beautiful local detective, can be trusted with his secrets.

Book II, Two Days in Caracas
On the hunt for an assassin, Titus Ray faces a threat he never imagined. Can he overcome the obstacles and capture Ahmed Al-Amin before it’s too late?

In this pulse-racing Christian thriller, CIA intelligence officer, Titus Ray, travels from Costa Rica to Venezuela in an effort to stop Ahmed Al-Amin, a Hezbollah assassin, from murdering a high-profile government official. Along the way, a family crisis jeopardizes his mission, and an Agency division head threatens to destroy his career. As the danger mounts, he’s forced to partner with an untested operative to complete the mission and bring Ahmed to justice. Will he make it in time?

Purchase Books I & II in the Titus Ray Thrillers Series for the price of one! 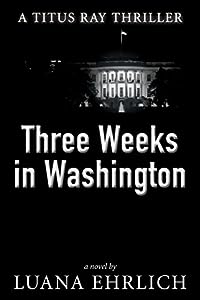 Titus uncovers a plot to attack the nation’s capital with chemical weapons.
Can he convince a Syrian asset to help him stop the deadly attack?
Encountering a shooter… CIA officer Titus Ray arrives in Washington, D.C. on the day a terrorist enters the Washington Navy Yard and murders five people. Convinced the incident is connected to a Hezbollah plot to use chemical weapons on an American city, Titus jeopardizes his own career to interrogate the killer and learn the truth.

Exposing a General…
After the shooter reveals the identity of an Iranian deep-cover operative living in Washington, D.C., Titus embarks on an intelligence operation spanning two continents and exposing an Iranian general obsessed with destroying America.

Engaging an enemy…
As time runs out, Titus engages the enemy in a treacherous game of cat and mouse to save the lives of thousands and defeat the terrorists.

· Will his faith sustain him as he faces his greatest challenge yet??

· Is he willing to lose Nikki to save his country? 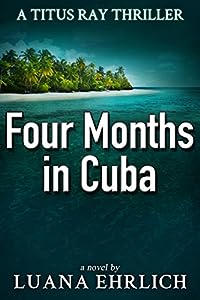 He thought it would be a simple rescue mission.
He was wrong.
Days after preventing a sarin gas attack on the nation’s capital, CIA operative, Titus Ray, arrives in Santiago de Cuba on a mission to rescue fellow operative, Ben Mitchell, from the hands of the Los Zetas drug cartel.

It wasn’t simple…
After discovering Ben’s abduction was more than a simple kidnapping, Titus joins forces with an unconventional operative whose peculiar ideas threaten to destroy the mission. As the search for Ben reaches a critical stage, Titus is suddenly called back to Langley.

It wasn’t a rescue…
When he arrives back in the States, not only does he learn his mission has changed, he also learns he has a rival for Nikki Saxon’s affections. Now, he must make a decision about their relationship. Do they have a future together, or would she be better off without him?

It wasn’t a mission…
With Ben’s life in imminent danger, Titus decides to risk everything–his career at the Agency, his future with Nikki Saxon, even his own life–in order to bring Ben Mitchell home.

It wasn’t a rescue mission. It was much more. 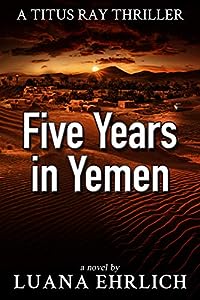 A CIA contractor goes missing in Iraq. Five years later, he turns up in Yemen.
Now, it’s up to Titus to find out if he’s a traitor or a patriot.

After Titus accepts an assignment to bring rogue CIA contractor Jacob Levin back to the States, he learns the operation has been put on hold pending Presidential approval. That’s fine with him. He’s looking forward to spending time in Oklahoma with his fiancée, Nikki Saxon.

But then, his boss needs a favor.

After that, everything changes.

It begins in Springfield, Missouri…

Where he interviews a former CIA employee about the missing Jacob Levin.

It continues in Detroit, Michigan…

Where he and Nikki spend Thanksgiving with his relatives.

It leads to Riyadh, Saudi Arabia…

Where he encounters a killer.

It ends in Somahi, Yemen…

Where he finally discovers the truth.

Along the way, he’s forced to deal with issues about his personal life, confront questions about his past, and make decisions about his future. Can he trust God for the answers? Will Nikki agree with his decision? How will he handle the outcome? 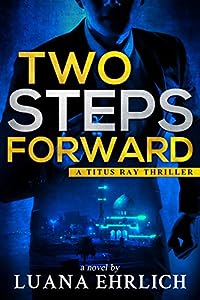 CIA operative Titus Ray expects the unexpected.
Just not this time. Just not this way. Just not on his honeymoon.
An unexpected encounter in Morocco… Titus and Nikki begin their new life together in a church ceremony in Norman, Oklahoma and immediately fly to Marrakesh, Morocco for their honeymoon. Then, the unexpected happens, and Titus has an encounter with Jihadi terrorist Baran Asan.

An unexpected discovery in Israel… Cutting their honeymoon short, Titus and Nikki head over to Israel to search for their foster child’s grandmother, but then an unexpected discovery leads to a second sighting of Baran Asan and reveals disturbing news about a planned assassination in Iraq.

An unexpected assassination in Iraq… With time running out, the Agency sends Titus to Baghdad to prevent the assassination of the Iraqi Prime Minister. But is he really the assassin’s target? Could it be someone else?

Book VI in the Titus Ray Thriller Series is a spellbinding adventure of the unexpected, where Titus learns to rely on his fledgling faith, confront his past failures, and embrace a new life with Nikki Saxon Ray.