In a land where a werewolf army called the Sworn rule over the humans and walking corpses called treecrawlers roam the wilderness between settlements, orphaned Red has a secret that she and her grandmother have been hiding for years. She’s one of the Chosen, the despised young women selected to bear children in the stead of barren female werewolves. Red Riding Hood meets The Handmaid’s Tale in this post-apocalyptic YA fairytale retelling. Enjoy! 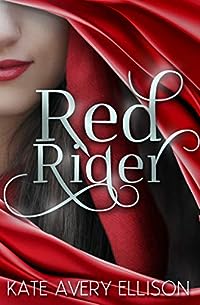 Werewolves. A human resistance. And a girl caught between two worlds.

Red keeps her identifying mark hidden, and she doesn’t take advantage of the luxuries available to the future mothers of the Sworn. But her secret is discovered when she rescues her rebel boyfriend from execution for treason, and she can hide the truth no longer.

Red is intercepted by a dangerous young Sworn named Vixor Rae, a prince among the werewolves, and taken through the dangerous wilderness to serve her fate in the capital.

Vixor intrigues Red against her will, but he is her enemy, and she wants nothing more than to see him dead.

But when treecrawlers attack the Sworn caravan headed for the capital, and only Red and Vixor survive, the two must rely on each other to make it out of the perilous wilderness alive.