Minute By Minute They Build

About a million years ago, maybe 15 or 20, I watched a Twilight Zone episode about the Minute Men. The premise was that every minute of our day is rebuilt by the Minute Men. Our homes, cars, food, clothes, all rebuilt new each and every minute. When one minute is over, everything is trashed and the humans unknowingly move into the next minute not knowing that everything is completely new. The only time you given a hint that there is a change is when little things are not quite right. For example,  you know for a fact that you left you keys on the table, but now they are in the kitchen. Little changes like that. Sometimes it was a mistake by the Minute Men, but sometimes they were being tricksters. I can’t remember too much about that episode. I think a human mis-stepped and landed in the Minute Men’s universe, and had to get back somehow. What’s funny to me is just how much that one little 30 minute episode has stuck with me. Anytime I feel something is off, like my keys are not where I left them, or I feel like someone is near, I feel like it’s the Minute Men. They are always just a minute or two ahead of me, but they are always there, building the minutes. Creeepy. 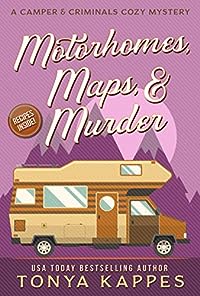 You don’t want to miss out on book 5 of this hilarious and very popular cozy mystery series from USA Today Bestselling Author Tonya Kappes.

Welcome to Normal, Kentucky, where nothing is… NORMAL!

Mae West, owner of Happy Trails Campground, never thought she would become an actress like her namesake. Calling herself an actress might be far stretch as she plays a minor role in the local Civil War reenactment BATTLE AT CAMP WILDCAT.

When the reenactment doesn’t go as planned, not one but two of the town’s folks aren’t playing dead… they were MURDERED!
Come to find out there was a prison break and the serial killer is believed to be in Normal and someone has stolen a motorhome from Happy Trails Campground.

Mae lets boyfriend and hunky detective, Hank Sharp, follow all the leads about the murders and on the trail of the serial killer because she’s got bigger s’mores in the fire.

The motorhome owners have filed a lawsuit and suing her for the deed to Happy Trails Campground. Mae has embraced Normal and there’s nothing or no one going to take her campground. She’s determined to find the motorhome and return it to the owners before she hands over any deed to anyone.

Mae just might find out that tapping into her namesake just might come in handy when coming face to face with a serial killer. 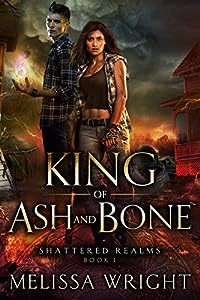 When flying monsters break through the veil into her world, Mackenzie Scott has nothing left to lose. Her brother has been taken, her future has vanished, and all that remains is a desperate need for revenge. After discovering the breach the creatures used as a gateway, Mackenzie devises a plan to stop them, whatever the cost.

When she finds an injured stranger in the street, he just might be the key she needs to succeed. What Mackenzie doesn’t know is that this stranger isn’t the helpless boy he appears to be. And he’s got plans of his own.

Thrown into a dying city in another realm, Mackenzie is powerless to get back. With the gateway closing, time is not on her side. But the stranger is, and if they can escape execution, this girl and her monster might be able to save both their worlds. 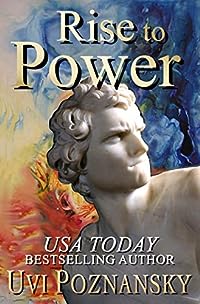 Rise to Power (The David Chronicles Book 1)
by Uvi Poznansky

Here is the story of David as you have never heard it before: from the king himself, telling the unofficial version, the one he never allowed his court scribes to recount. Rooted in ancient lore, his is a surprisingly modern memoir.

Notorious for his contradictions, David is seen by others as a gifted court entertainer, a successful captain in Saul’s army, a cunning fugitive, a traitor leading a gang of felons, and a ruthless raider of neighboring towns who leaves no witnesses behind. But how does he see himself, during this first phase of his life?

With his hands stained with blood, can he find an inner balance between conflicting drives: his ambition for the crown, his determination to survive the conflict with Saul, and his longing for purity, for a touch of the divine, as expressed so lyrically in his psalms?

If you like ancient historical fiction about court intrigue, this king David novel has a modern twist like no book you have read before. 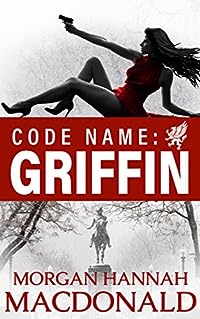 Like a viper, she strikes when you least expect it. She’s the deadliest operative the CIA has ever known. Alexandria Kingston is The Griffin.
SHE’S BEAUTIFUL
After graduating from The Farm in Langley, Virginia, she’s banished from the only family she’d ever known. Heartbroken and alone, Alex settled in Paris and threw herself into her work by taking every operation the CIA offered, as well as volunteering for those no one else would. In doing so she’s made herself the most valuable female spy at The Company.
SHE’S CUNNING
Through the years, she’s built quite the reputation. The chatter throughout the underworld is ‘Kill the Griffin,’ but as a master of disguise, no one truly knows what she looks like. Not even her lovers.
UNBELIEVABLY SEXY
Out of nowhere she gets a call to return home. Alex jumps on the next flight to the States where she learns that her adoptive family is in trouble. The Murphy clan is involved in organized crime and Margaret Murphy is the head of Boston’s Irish Mob. When she is rushed to the hospital word spreads that her life is hanging in the balance. Someone has decided that he will be the next to lead the crime family and is willing to murder every last Murphy to make that happen.
UNDENIABLY DANGEROUS
Deception has always been a major part of Alex’s life and returning home means facing the biggest deception of all, the one truth she’s hidden even from herself: her love for Shane Donovan – the only man oblivious to her existence.
SHE’S THE GRIFFIN
Now Alex has joined her family in taking down the enemy. The only question is, how many will die in the process? 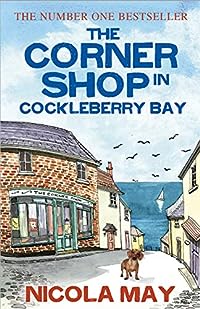 The Corner Shop in Cockleberry Bay: The highly acclaimed first book of The Cockleberry Series
by Nicola May

Rosa Larkin is down on her luck in London, so when she inherits a near-derelict corner shop in a quaint Devon village, her first thought is to sell it for cash and sort out her life. But nothing is straightforward about this legacy. While the identity of her benefactor remains a mystery, he – or she – has left one important legal proviso: that the shop cannot be sold, only passed on to somebody who really deserves it.

Rosa makes up her mind to give it a go: to put everything she has into getting the shop up and running again in the small seaside community of Cockleberry Bay. But can she do it all on her own? And if not, who will help her succeed – and who among the following will work secretly to see her fail?

There is a handsome rugby player, a sexy plumber, a charlatan reporter and a selection of meddling locals. Add in a hit and run incident and the disappearance of a valuable engraved necklace – and what you get is a journey of self-discovery and unpredictable events.

With surprising and heartfelt results, Rosa, accompanied at all times by her little sausage dog Hot, will slowly unravel the shadowy secrets of the inheritance, and also bring her own, long-hidden heritage into the light.