Jump Into A Bowl Of Yogurt

I thought of the perfect Christmas gift for myself yesterday. I was thrilled that I thought of something so awesome. It was so awesome, in fact, that there was no way I was going to forget what it was. We all know where I am going with this. DRAAAT!!! I really hope I think of it again in time for Christmas. It was pretty awesome. I usually write all my gift ideas, for me and others on my list, (I am at the top of the list..naturally) down in a little notebook. I even told my youngest basset about it and told him not to forget. I think he forgot as soon as he exhaled. This is going to bug me all day. I better think of another awesome gift for myself to replace the forgotten one. That will be the only way to heal my brain. Stupid brain. 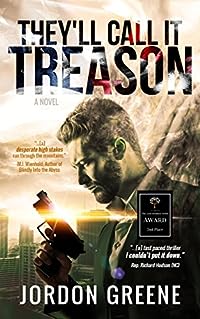 A journalist’s body is found abandoned in a Washington alleyway.
A state representative is brutally murdered in Raleigh.
A Virginia Congressman’s life is threatened by a radical militia group.

When one crucial moment turns FBI Agent Ethan Shaw into a fugitive, he finds himself on the run, fighting back against the country he swore to protect. Framed for a crime he did not commit, Ethan will risk everything to prove his innocence and protect the ones he loves – but the truth he will uncover poses a far deeper threat.

They took everything from him: his partner, his career, his freedom.
How far would you go to get it all back?

A hunky Scottish laird. A time-traveling teacher. A tragic history only she can prevent.

Schoolteacher Brielle “Bri” Montgomery wonders where all the good men have gone. They certainly don’t waltz through her meticulous life in Texas. Venturing out of her comfort zone, she joins her archaeologist mother on a dig in Scotland… and finds herself transported 400 years into the past. Shocked and bewildered, Bri learns she’s just moments away from marrying an impossibly sexy Scotsman…

Eoin Conall has no interest in wedding the woman who irritates him to no end. But with the promise to his dying father fresh in his mind, he ties the knot with his insufferable bride. To his surprise, something has changed about her. Something irresistible. Could he be falling for the wife he never wanted?

With the chiseled man of her dreams standing before her, Bri wishes she wasn’t well aware of history’s impending slaughter of Eoin and the entire Conall Clan. Unable to accept his gruesome fate, she sets out to rewrite history.

Will Bri and Eoin succeed in protecting their impossible romance or is their heartbreaking fate already sealed?

Love Beyond Time is the first book in the enchanting Morna’s Legacy series of time-travel romances. If you like sexy highlanders, strong-willed heroines, and adventures that transport you across time, then you’ll love Bethany Claire’s sweeping page-turner. 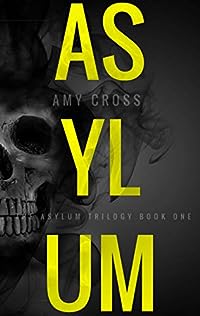 “No-one ever leaves Lakehurst. The staff, the patients, the ghosts… Once you’re here, you’re stuck forever.”

After shooting her little brother dead, Annie Radford is sent to Lakehurst psychiatric hospital for assessment. Hearing voices in her head, Annie is forced to undergo experimental new treatments devised by a mysterious old man who lives in the hospital’s attic. It soon becomes clear that the hospital’s staff, led by the vicious Nurse Winter, are hiding something horrific at Lakehurst.

As Annie struggles to survive the hospital, she learns more about Nurse Winter’s own story. Once a promising young medical student, Kirsten Winter also heard voices in her head. Voices that traveled a long way to reach her. Voices that have a plan of their own. Voices that will stop at nothing to get what they want.

What kind of signals are being transmitted from the basement of the hospital? Who is the old man in the attic? Why are living human brains kept in jars? And what is the dark secret that lurks at the heart of the hospital?

This book contains violence and adult language. Not suitable for children or young readers. 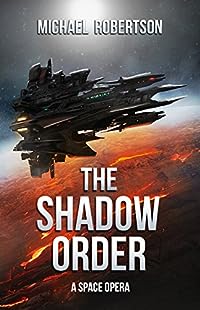 The Shadow Order: A Space Opera
by Michael Robertson

In a fight, Seb is unbeatable. But in this galaxy, there are a million ways to lose…

Seb Zodo has never backed down from a fist fight. After all, he’s been gifted with powers that make losing impossible. But lately, Seb’s gift seems more like a curse…

Seb’s fearlessness leads to stupid decisions, short-lived jobs, and unwanted attention in dangerous places. In a desperate bid at a fresh start, Seb swears off fighting. But it may be too late…

When a run-in with an electrifying thief and the head of a shadowy organization sends his life spiraling out of control, Seb has no choice left but to go down swinging…

The Shadow Order is the first book in a series of fast-paced space opera adventures. If you like bold characters, planet-hopping, and edge-of-your-seat action, then you’ll love Michael Robertson’s thrilling series starter. 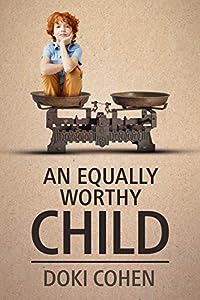 Believe in yourself, you are worth it.

Doki Cohen grew up feeling that she was of less worth than other people. There was no real reason for it. She was a good student and well accepted, but a relentless, unforgiving sense of inferiority hounded her…

When she could no longer bear the onerous burden, she became determined to do everything she could to change it.

She labored tirelessly, investing a lot of effort into reading and research until she arrived at a point where she could finally begin to accept herself for who she was.

In an unpretentious, thoughtful style, Doki relates her story interspersed with accounts of her extensive research, until she comes to the most significant conclusion of all: that life can be enjoyable only when we learn to truly accept ourselves just as we are.

The book provides practical tools to help deal with the phenomenon and provide a sense of relief and hope for anyone who experiences the feeling of “less worthy”.