The countdown to when the boys are back in school has begun. I’m not looking forward to it. I had such a hard time with 5th grade math, and now I have a 6th and a 7th grader. I CAN’T DO 7th GRADE MATH!!! Looks like I will be spending a lot of time hiding from my kids. 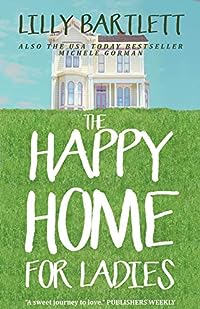 The Happy Home for Ladies: The fresh laugh out loud new romcom about friendship and happy ever afters
by Lilly Bartlett, Michele Gorman

Together they’ll prove that age doesn’t matter when it comes to friendship, togetherness and an unquenchable zest for life.

The residents of the Happy Home for Ladies have a big problem. Terrence, the owner’s mean-spirited father, is about to move into their famously all-female senior living home. Far from coasting into their twilight years, these women have a lot of living to do. And they’re planning to do it where the toilet seats stay firmly down.

The home’s chef, Phoebe, is desperate to help her friends plot to keep the all-women community that means so much to them. It’s become her life raft, too. Her job might be the only thing that finally makes her parents proud. If only Phoebe’s (probably hopeless) love, Nick, wasn’t lining up on the other side of the battle.

The stakes couldn’t be higher for everyone. Unless the home’s owner can improve business by moving men in, he’s going to close it down. Then the women will lose everything. 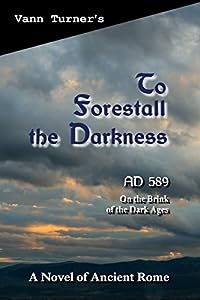 To Forestall the Darkness: A Novel of Ancient Rome (The Tribonian Trilogy Book 1)
by Vann Turner

Italy, AD 589. Italy moans, barely breathing. Industry, agriculture and city life had stopped, all of it erased by decades of war and the plague. The Romans are hangdog, defeated, and Titus moves among them.
~
But what can he do under such brutal overlords? An educated man, he publishes books in his scriptorium for sale to the Eastern Empire. He observes what has been lost and laments it.
~
The King, having given him the responsibility for his Roman subjects, reserves to himself any authority to act. Titus reports abuses, the King takes no action and the people taunt Titus for being in cahoots with their oppressors. But what can he do?

But then his friend is publicly castrated on the cathedral steps. The question becomes not what? but how?

Armed uprising is futile, the people hangdog and cowering. But then he sees in their downcast gaze the answer. They would regain what has been lost by rebuilding the people’s confidence, their technologies and crafts. They would sell their output to the rich East. He would work to rebuild the optimism that had made Rome great.

Titus opens his estate to those fleeing Verona. He builds kilns for the potters. He parcels out his 6,000 acres for those wishing to farm and instructs his overseer to teach them to farm. He starts building an Academy to replace those the Pope closed in Rome. He buys scholars to teach in it.

Betrayals come, hostility and distrust, but he presses on to forestall the coming darkness.

But he is rash and goes too far. The overlords arrest him. 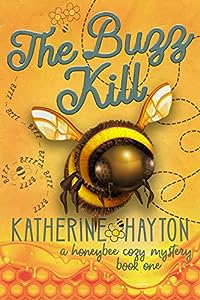 When a man is found dead near middle-aged beekeeper Alice Townsend’s beehives, it sets the town abuzz!

When Alice installs eight hives in Christchurch’s red zone, she expects her bees will pollinate the bounty of fruit trees in the area. Instead, just one day later, a dead body is found nearby covered in stings. Now the police believe a killer used her bees as their murder weapon.

Desperate to keep her hives safe from destruction, Alice sets out to solve the murder. Between an argumentative wife, a neighbor embroiled in a property dispute, and a workplace stalker, she’s soon busy as a bee finding suspects.

As if having a potential murder conviction hanging over her hives wasn’t enough of a worry, Alice’s aging dog Chester is feeling under the weather. Trouble just seems to make a beeline to her door.

The Honeybee Mysteries are quick 1-2 hour reads perfect for filling in time waiting for appointments, commuting to work, or when your significant other insists on watching the show that makes you roll your eyes!

The stories contain no swearing, no cliffhangers, and no graphic scenes but are chockablock full of bees. 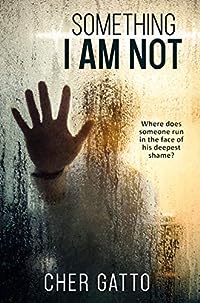 Something I Am Not
by Cher Gatto

A father who never loved him…
A woman who stole his worth…
And a brother he couldn’t protect.
Where does someone run in the face of his deepest shame?

Billy McQueen works hard to keep his life together… and concealed. At seventeen, he dreams of an escape from the barroom, his father’s manipulation, and the advances of his father’s girlfriend. However, on his eighteenth birthday, Billy is introduced to a younger brother he never knew he had. An eight-year-old who is barely capable of navigating the corrupt world of his father’s boxing club.

In order to secure his freedom, Billy must fight for it. To save his little brother who is next in line for the slave trade… he must die for it.

SOMETHING I AM NOT is for anyone who has ever questioned who he is, why he is here, and whether the world would be a better place without him.

Written for the General Market (G): Contains little or no; sexual dialogue or situations, violence, or strong language. 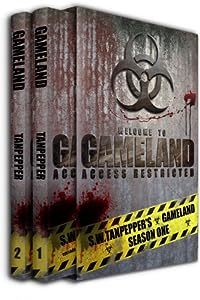 Everyone loves Survivalist, a live-action, virtual reality show based on Arc Entertainment’s The Game, where cybernetically controlled zombies do battle in a video arcade in the middle of a Long Island wasteland. It’s to die for.

If you’re rich enough, you can buy your way in. If you’re desperate enough, you can volunteer to become one of the Undead Players. Jessie Daniels and her gang of computer hackers plan to break their way in.

EPISODE 1: Deep Into The Game

A reckless, end-of-summer plan leads Jessie and her friends onto Long Island hoping to catch a glimpse of the infected victims of a decades-old outbreak. But while breaking in might be easy, getting back out is a hell of a killer. It doesn’t take long before they realize they’re part of The Game.

Jessie and Kelly clash after one of their group gets stranded among the Infected Undead, forcing Kelly to make a rash decision which will ultimately deliver them into the hands of those who would turn them all into mindless players in The Game.

Deep into the Game and Failsafe are the first two books in the hi-tech dystopian thriller GAMELAND. Structured on television’s The Walking Dead and Law and Order, the nearly 400,000-word series consists of eight individual episodes, first published monthly between May and December 2012. All are available digitally in single and multi-episode packages, as well as in an omnibus edition. Also available in print.

Not recommended for readers under age 15.

For insight into the world of GAMELAND, including how it all started, check out the short story Golgotha, available individually in digital format as well as in the short story collection Shorting the Undead and Other Horrors, by the same author (print and digital).

Also available from the world of GAMELAND:

Infected: Hacked Files from the GAMELAND Archive. Includes a timeline of key events, a glossary of terms, character dossiers, essays, articles and never-before-released voice transcripts from the Golgotha recordings.

Velveteen. The story of Cassie, a six-year-old girl-turned-zombie, who has been trapped in a bathroom… until her inadvertent release twelve years later (by Jessie in Episode 4 of GAMELAND). Cassie has something she needs to do, something she’s been thinking about for a long, long time. A terrifying twist on a classic children’s tale.