Hey Kitty! Can I Ask You A Question?

With great evenings comes not so great mornings. It was worth it though. Seeing Travis Trit as well as Charlie Daniels on a warm summer evening, sitting on the back lawns, was well worth the icky feeling this morning. I wasn’t expecting to feel like I was at a concert though since I knew from our location we would only be able to see the show on the big screen. Turns out the way way back is the place to party. The show was great of course, but it was the crowd that made the whole event. People hooting and hollering, singing pretty good as well as pretty bad. It was great! The show went a lot longer than I had expected and by 11pm, I was getting pretty tired. That’s when Travis Trit ended a song and asked how everyone was doing so far. So Far?? Don’t you mean, Good Night? Nope. It looked like he was just getting started. I’m out. We left before the show ended. Even being a responsible adult, I still had to drag myself out of bed. I would cry, but there is a good chance I might actual be dreaming this right now. Not sure. I am going to ask my kitty a question and see where the conversation goes. 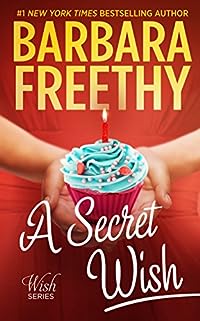 Three women, three birthdays and one unforgettable night that will change their lives forever.

One night in San Francisco, three women make a birthday wish believing it can’t possibly come true. Liz is turning thirty. A successful nurse, she has a good career, but no man to share her life. All her friends are married, and she’s alone, still trying to outrun a tragedy from her past. Then she meets a handsome stranger.

Angela, a member of a large, loving Italian family, is facing thirty-five with no baby in the nursery. Eight years of infertility treatments have put a strain on her marriage. Will she have to choose between her husband and having a child? When she is mugged by an unexpected assailant, her life takes a new turn.

Carole, a corporate wife, is staring down forty candles. Having grown up poor, she worked hard to get ahead, but when her kids bail on her birthday, and she discovers her husband with another woman, she realizes that she may have nothing at all. She goes back to where it all began, the mother she left behind, and the man whose heart she once broke. 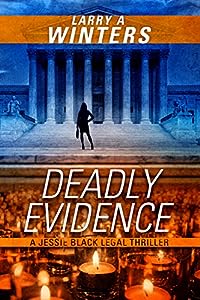 A school shooting. A city in mourning. A prosecutor out for justice.

When a massacre at an elite private high school leaves seventeen dead and a city reeling with horror, Philadelphia assistant district attorney Jessica Black will stop at nothing to find justice for the victims. But doing so will require facing an adversary even more terrifying than the teenage shooter.

The Internet can be as deadly as a gun.

Lurking in secrecy is an evil voice known only as True_Man. True_Man haunts the Internet, befriending the lonely and the frustrated, turning adolescent emotions toward destruction. Jessie believes True_Man is just as guilty of murder as the teenager he manipulated, but proving it — and bringing True_Man to justice — will take all of Jessie’s formidable legal skills and more. 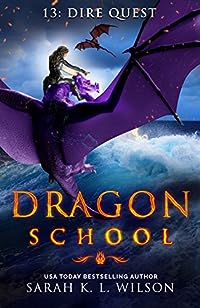 Can the Dominion find allies?

With the Dominion so divided that no easy peace can come, Amel is sent on a dire mission to find outside allies. But Amel doesn’t speak the language and her powerful allies are far away. Can she do the impossible on her own?
Fans of Anne McCaffrey’s Dragon Riders of Pern and Christopher Paolini’s Eragon will love Dragon School. 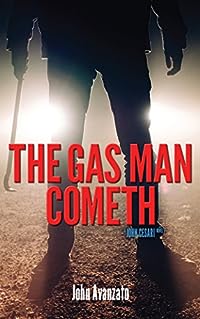 A deranged anesthesiologist with unnatural desires lures innocent women to his brownstone in a swank section of Manhattan. All was going well until John Cesari M.D. came along becoming a thorn in his side.

Known as The Gas Man, his hatred of Cesari reaches the boiling point. He plots to take him down once and for all turning an ordinary medical conference into a Las Vegas bloodbath.

Hungover and disoriented, Cesari awakens next to a mobster’s dead girlfriend in a high-end brothel. Wanted dead or alive by more than a few people, Cesari is on the run with gangsters and the police hot on his trail.

There is never a dull moment in this new thriller as Cesari blazes a trail from Sin City to lower Manhattan desperately trying to stay one step ahead of The Gas Man. 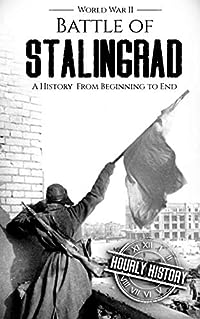 Battle of Stalingrad: A History From Beginning to End (World War 2 Battles Book 1)
by Hourly History

The Battle of Stalingrad, perceived by historians as the most important battle of World War II and regarded by Russians as the most significant battle in their country’s history, cannot be viewed solely as a military engagement between two powerful, long-time foes. The Soviet Union, which had climbed to power from the shambles of the 1917 Revolution that saw communism overthrow the czar, and Germany, which had risen from the ashes of World War I’s Treaty of Versailles, certainly had a complicated history. Stalingrad was a battle between the Allies and the Axis Powers; it was a struggle between the Soviet Union and Germany for victory; and it was also a test of wills between Josef Stalin and Adolf Hitler, two totalitarian dictators who were willing to do whatever was necessary to demonstrate the supremacy of their systems of government.

Josef Stalin: Man of Steel
Adolf Hitler: A Quest for Vengeance
Operation Barbarossa
The Stalingrad Street Fighting Academy
The Heroes of Stalingrad
And much more!

Stalin had succeeded Vladimir Lenin as the leader of the Soviet Union, and his entry upon the world stage ushered in a reign of absolute power as he bent a battered nation to conform to his will. Adolf Hitler, leader of the National Socialist German Workers Party, was elected chancellor of Germany in 1933 and promptly turned the beleaguered nation into a launch pad for Aryan domination.
As their armies met at Stalingrad for a long and bloody struggle that would ultimately tally two million civilian and military casualties, the world would watch as two brutal regimes challenged one another while the fate of the free world hung in the balance.