My biggest fear is clowns. Those guys freak me the heck out. Sharks are a close second. They would be in first place if I met one in person. Right now I am talking about clowns though, so sharks just need to sit in the corner. Clowns. I don’t know exactly why they freak me out so much, and when my fear came about. The thing that surprises me though is my lack of fear for Pennywise, the clown from Stephen King’s IT. I remember watching the movie as a kid, and not finding it particularly frightening. I was still in grammar school, so it’s not like I was grown up or anything. I remember the ending made me mad. After watching the whole movie, it turns out to be a giant spider. WHAT!!??? NO..not cool. Okay, now I understand that it was not just a giant spider, but rather a being from a different dimension that is billions of years old. Nope…not any better. With the sequel to It coming out soon, I find myself fascinated with Pennywise, and I love watching videos about him. I could watch them all day long. Probably won’t see the movie, but I could give you a full report on who and what the creature is and his connections to other Stephen King novels. You know what I like about Pennywise? He doesn’t lie about who he is. He is bad and gonna eat you. Those other clowns who act all happy and nice, then kill and eat you are the scary ones. Pennywise is an honest space creature. I like that in a man eating alien. 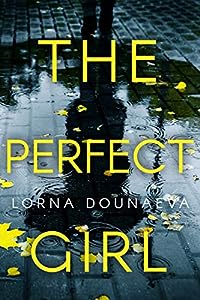 The Perfect Girl (May Queen Killers Book 1)
by Lorna Dounaeva

She was beautiful, popular and successful, the one they all wanted to be. So who, or what, was she running from?

When reclusive writer, Jock falls for vivacious Tea Shop owner, Sapphire, he is amazed that she seems to feel the same way about him. He watches with pride as Sapphire is crowned May Queen at the town’s May Day celebrations, but his joy turns to heartbreak when she runs off into the crowd, never to return.

As the days pass, he becomes increasingly desperate. Everyone he speaks to seems to love Sapphire. No one has a bad word to say about her. So why did she run away like that, and what is stopping her from coming back?

The Perfect Girl is a claustrophobic British thriller set on the English/Welsh border. 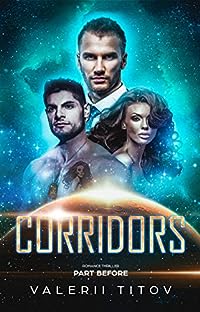 Legend of the Fog. GENESIS.
There was a border world. This was a time when people served personnel at space stations. Remember there was no gravity and people needed an extra pair of hands and a tail to remain upright. Many of the bodies of these people were quite damaged through radiation too.
Over the years, a meteorite of large diameter was formed, probably through explosions over the years. Anyway, a large number of people lived in this area, which was a place of protection from enemies and radiation. Water sources were formed, buildings were built, even churches, with people of faith guarding their respective buildings for prayer.
Inside this funnel-like living area called a world, there was a constant fog that appeared daily until around lunchtime.
When the fog wasn’t there, a translucent haze appeared. When the sunset, the fog returned. Due to the haze, people who lived there were basically invisible to the human eye. One could only see them in the times of fog. People then began to dig underground tunnels inside the crater and extracted gold and other valuable materials for resource collectors.
This is the beginning of a big journey into the world of science fiction. The legend of the ancestors of the native from the Amazon changed the life of the heroes of this novel. They thought about love, but everything changed in their life. They must sacrifice themselves for the sake of the lives of others ..

PREQUEL.
2017. University of Chicago final year planetology student Glory Carter is every guy’s dream. Her goddess looks, sexy figure and brains to go with it, makes all the guys’ heads turn, but she has yet to find the one and only true love.
Eventually, Cupid’s Arrows strike and she nets an archaeologist, Adam Kennedy, but when he disappears during a top-secret trip to the Amazon, things started getting out of hand for Glory. Soon, her life is up in the air in more ways than you can imagine and with Adam seemingly gone… I hope this Hard Science fiction/Thriller will bring readers as much pleasure as it did to me when writing it. 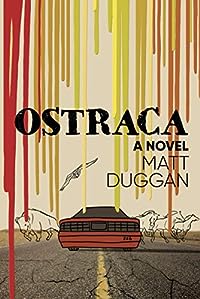 Ostraca is a nineties “On The Road.” A searing work of literary fiction that tackles tragedy and triumph; love and loss; joy and suffering. The story takes place in the 1990’s, when America’s Generation X was living in a blissful bubble, unaware of the outside world and its seething anger. It was a pre-internet age that will never exist again. It’s against this backdrop that we’re introduced to Gen Xer Jack Darmody. Jack was seven years old when his parents died in a horrific car crash. He was thrown from the backseat and later found in a patch of roadside grass, unharmed. When Jack embarks on a road trip in 1996 from New York to Los Angeles, his past confronts him. As he zooms alone down the highways, the solitude forces him to wrestle with his trauma and the very meaning of existence. All of Jack’s misadventures, heartache, and discoveries lead him to his big epiphany at the end of the first novel: Love. Love will see us through. Love’s the trick. It’s all we have in this mad world.Ostraca is the first novel in Duggan’s Odyssey USA series. 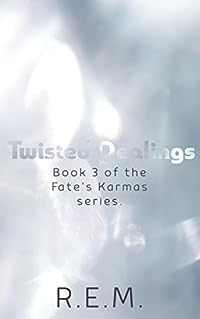 With possible chaos in the Immortal City, things on Earth become a bit twisted in the absence of the usual fate dealers. Kelvin will have to travel far and wide to help those in need, and hopefully put an end to a series of vicious killings along the way. Limited magic will be at his disposal–but keeping a cool head may prove more valuable. 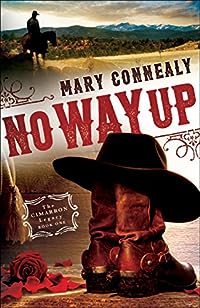 No Way Up (The Cimarron Legacy Book #1)
by Mary Connealy

When Cimarron ranch patriarch Chance Boden is caught in an avalanche, the quick actions of hired hand Heath Kincaid save him. Badly injured, Chance demands that his will be read and its conditions be enforced immediately.

Without anyone else to serve as a witness, Heath is pressed into reading the will. If Justin, Sadie, and Cole Boden don’t live and work at home for the entire year, the ranch will go to their low-down cousin Mike.

Then Heath discovers the avalanche was a murder attempt, and more danger might follow. Deeply involved with the family, Heath’s desire to protect Sadie goes far beyond friendship. The danger keeps them close together, and their feelings grow until being apart is the last thing on their minds. 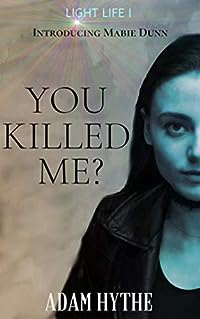 You Killed Me? (Light Life Book 1)
by Adam Hythe

Mabie Dunn realised she was dead. That upset her.

Mabie Dunn discovered she was murdered. That annoyed her.

Mabie found out who killed her. Now she’s mad.

This short story YOU KILLED ME introduces an unsuspecting and confused Mabie Dunn to the peculiarities of her particular afterlife in a new darkly comic and surreal ghost fantasy series – LIGHT LIFE.

First, Mabie has to accept she’s dead. Then what?

When she was alive, Mabie could read auras. Now, she can also manipulate them. What can she do with this new-found ability out here in the dark?

Torture her killer for one thing.

He lies injured in a hospital bed, where Mabie, refusing an afterlife, choosing to remain attached to the earth as a ghost until he has died, has worked out a way to use his life lights against him. To deliver pain to his ruined body. For the rest of his miserable life.

But a man has to sleep sometime. In the meantime, what has a newbie ghost got to do? Find out what happened.