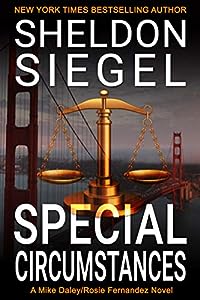 Brilliantly paced, crackling with energy and suspense, SPECIAL CIRCUMSTANCES reminds us why we love to hate lawyers – but can’t get enough of courtroom drama when it’s done this well.

Meet Mike Daley. Ex-priest. Ex-public defender. And as of yesterday, ex-partner in one of San Francisco’s most prominent law firms.

Today he’s out on his own, setting up practice on the wrong side of town. Then his best friend and former colleague is charged with a brutal double murder of two fellow lawyers, and Daley is instantly catapulted into a high-profile investigation involving the prestigious law firm that just booted him.

As he prepares his case, Daley uncovers the firm’s dirtiest secrets. It doesn’t take long for him to discover that in this trial, ambition, friendship, greed, and long-standing grudges will play just as important a role as truth and justice. 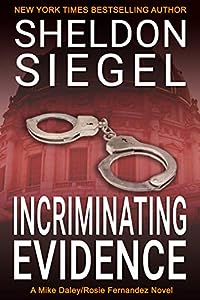 For Mike, it’s a case he can’t win for a client he can’t stand.

It starts with a phone call Mike Daley never expected to get.

Prentice Marshall Gates III is on the line pleading for Mike’s help. Friends they’re not, ever since Gates unceremoniously kicked Mike out of their prestigious lawfirm.

A couple of hours earlier he woke up in his hotel room and found the dead body of a young prostitute in his bed. Prosecutors are already talking the death penalty, and there’s nothing in the mounting evidence to convince Daley and his partner Rosie Fernandez of Gates’s innocence. But even if he’s lying, it’s now their job to defend him.

Sure enough, the deeper Mike and Rosie dig, the seamier their findings.

From a shady Internet entrepreneur who trades flesh for cash to a prominent businessman who uses muscle to keep his enterprise prospering,

Mike and Rosie chase down leads that take them from the depths of the Mission District, where drugs and bodies are always for sale, to the gated mansions of Pacific Heights, frantically trying to piece together the shocking truth of what actually happened, even as the trial itself is under way. 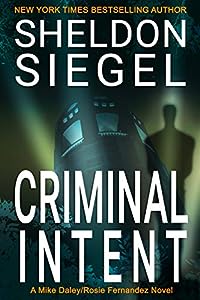 You can pick your friends, but you can’t pick your family. And lately, Mike Daley’s family has been keeping him very busy.

Most of their cases are fairly small-time, which is why it would be surprising that the person accused of murdering movie director Richard (Big Dick) MacArthur is calling them. But things get personal when the accused is Rosie’s own niece, Angelina.

And the family drama doesn’t end there.

Rosie’s brother, Tony, may be on the wrong end of a strong-arm graft proposal.
The son of one of the firm’s lawyers has just been busted on a drug charge.
Mike is having a clandestine affair with a woman judge.
And Rosie herself has a dark secret that may make all of it seem irrelevant.

An intricate plot, immensely likeable characters, powerful suspense, and more than a touch of humor-these are Siegel’s hallmarks. CRIMINAL INTENT will keep you turning pages until its final, surprising end. 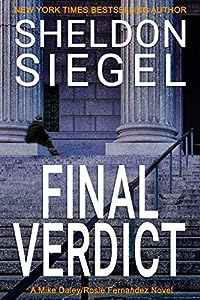 Fate throws a curveball at the San Francisco ex-husband-and-wife legal team of Mike Daley and Rosie Fernandez, when Mike picks up the phone and hears the voice of Leon Walker. This is not good news-because Walker was the one who ruined their marriage. Years ago, he and his brother participated in a stickup that left a man dead. Through a series of (some said) questionable maneuvers, Mike got the charges dropped, but he and Rosie fought about it all the time and it finally drove a wedge between them.

Now, a Silicon Valley venture capitalist has been found dead in a dumpster on San Francisco’s skid row. The new murder has been pinned on Walker, but he not only tells Mike he is innocent, he says he is a dying man and doesn’t want to go to his grave proclaimed a murderer. Dogged investigation, courtroom nimbleness, and a healthy dose of luck usually have helped Mike before, but it looks like it’ll take more than that to prevail this time, and his time is running out-both on his client and, just maybe, on his partnership. 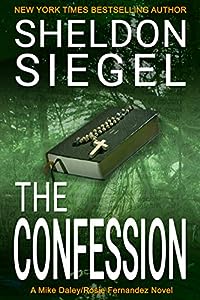 Mike Daley doesn’t go to confession much since he left the priesthood twenty years ago and became a lawyer, but that doesn’t stop his old friend, Father Ramon Aguirre, from trying to get him there. “It wouldn’t kill you to go to church once in a while,” he tells Mike. But it does kill someone.

For several months, a ruinous sexual harassment suit has been building against the San Francisco Catholic Archdiocese, and when the plaintiff’s lawyer is found dead, an apparent suicide, an almost audible sigh of relief is heard in certain quarters. But that is before the police find evidence of murder. Even worse-the evidence points to Father Aguirre.

Mike and his ex-wife law partner, Rosie, jump in to take the priest’s case, but what started out as difficult soon appears impossible as forensics, witnesses, and secrets from Father Aguirre’s past all incriminate their client. Soon, their wits are the only things keeping the priest from a life sentence or worse, and wits simply may not be enough-unless they can conjure up a miracle of their own. 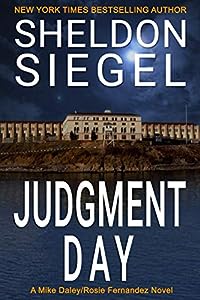 As husband and wife, Mike Daley and Rosie Fernandez couldn’t make it work. But as partners in one of San Francisco’s most tenacious law firms, Daley and Fernandez make one hell of a team.

Judgment Day finds the ex-spouses tackling their most difficult case yet. Called in at the last minute to try to stop the execution of Nathan Fineman, a former mob lawyer convicted of murdering three people in the back room of Chinatown’s notorious Golden Dragon Restaurant, Mike and Rosie must race the clock in a desperate attempt to prove their client’s innocence. With only ten days to go and a wealth of forensic evidence pointing overwhelmingly to Fineman’s guilt, their task seems impossible. Complicating matters, Mike must battle his own personal demons when the reputation of his dead father — a San Francisco cop who was one of the first officers at the scene the night of the murders — is called into question.

And as the plot hurtles toward its stunning denouement, judgment day is fast approaching not only for Nate Fineman, but for Mike’s father and the law firm of Daley and Fernandez as well. 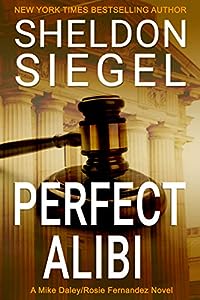 For Mike Daley and Rosie Fernandez — former spouses and current law partners — the stakes have never been higher. In the seventh installment of this bestselling, critically acclaimed series, the duo learn that their sixteen-year-old daughter’s boyfriend has been arrested on suspicion of murdering his father, a Superior Court judge. Bobby Fairchild, however, claims to have found his father’s body upon returning home from a date with Grace. The police, who found Bobby at the scene of the crime holding the murder weapon, contend that his parents’ acrimonious divorce sent the boy over the edge.

With their daughter as Bobby’s only (Perfect) Alibi, Mike and Rosie take the case that takes them down San Francisco’s darkest alleys and into the homes of some of the city’s most prominent citizens.