Today is the first day of Junior High for my oldest basset, and his first class is PE. Yikes! That’s a heck of a way to start your Junior High School career. Hey kid! Time to grow up and run around the track. There will be girls, you might like them, and try not to stink. This year my youngest will be in sixth grade. He and his classmates finally get to be the big kids on campus. I asked him if he was excited. Nope. He just wants to sleep in. This is the first time in my boys lives that they are not in the same school. Which means this year I will not have time to stick around and watch the new TK & Kindergartners walk to class for the first time and see how many criers we have. That was always my favorite part. I didn’t find it funny to see them crying, I think I just loved how they really didn’t want to leave their parents side. To be loved that much is pretty awesome. I did however find it funny to see the reaction of parents whose kid walked right through the door, excited to make new friends, and went in happily. That does make me giggle. Maybe I should walk my oldest to his first Junior High class. Right up to the door. I should also give him a big hug and kiss, and say with as much emotion as possible, that I love him and he is my favorite. Let him know that I have no problem embarrassing myself and he better keep his nose clean or I can get even weirder and crazier. I think he knows already, but it’s usually good to remind them. 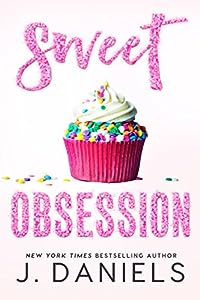 From New York Times bestselling author, J. Daniels, comes a sexy new STANDALONE novel that does NOT need to be read in conjunction with any other book.

Everyone knows Brooke Wicks loves to have a good time.

She’s not interested in getting serious, settling down, or limiting herself to one man. So when she meets the sexy, irresistible Mason King, she sees another opportunity to let loose and go wild. But the gorgeous Aussie isn’t interested in just a quick fling with Brooke, and if she wants to get into his bed, she’s going to have to do it on his terms.

Loving fast and hard has always been Mason’s philosophy.

He doesn’t want a meaningless connection, he wants it all, and he wants it with Brooke. When she makes her one desire known — to hit it and quit it — Mason wages a plan to ensure Brooke keeps coming back for more. Or so he hopes.

Getting her attention was the easy part. Keeping it might be damn near impossible.

Sweet Obsession is where the Sweet Addiction series meets the Alabama Summer series. 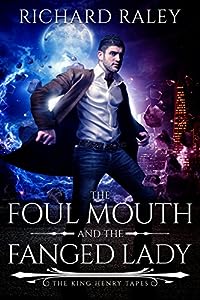 My name is King Henry Price.

Got your Vampires, not the sparkly pretty boys you’re expecting from romance covers, but blood parasites living in a human shell. Just waiting to cut your skin open and suck you dry from the inside out. Got your Weres, not a hunk among them and gangsters and thugs every one, transform into whatever the idiot first made their Totem decided to sacrifice, be it coyote, wolf, tiger or even your momma’s Shih Tzu.

Last, you got your mancers. That’s my group of misfits and malcontents. I first heard of the Mancy when I was fourteen. Smiling blond woman came to recruit me and I was insistent I was going nowhere. But when she walked on through my locked bedroom door like it wasn’t there, even a jaded, pugnacious, teenage punk like King Henry Price had to give the sales pitch a second thought.

Got trained, seven years at the Institution of Elements, or the Asylum as the student body calls it. I’m a geomancer, special kind of geomancer called an Artificer even. After graduation I made a deal with that same recruiter and opened my own Artificer shop, making magical items of power for all comers, be they Were, Vampire, or Mancer.

What I didn’t sign up for was a vampire named Annie B coming into my shop and kidnapping me. Never trust the pretty ones, especially the pretty ones want to eat on you. 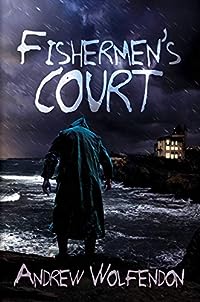 Finn Carroll is a failed artist living a marginal existence in his dead parents’ home. So why would a team of killers want to murder him and frame it as a suicide? Finn survives the encounter to discover the killers have left behind a “suicide note” detailing a dark incident from Finn’s past no one could possibly know about.

Finn escapes to Musqasset Island, his former home, to seek refuge with an old friend, but soon realizes he has trapped himself on the small island with the very people who want him dead — and with old debts that need to be paid. His only hope for survival, and redemption, is to figure out who’s trying to kill him and why they’ve waited eighteen years to act — no easy task in a raging nor’easter, where communications are shaky and relationships (and Finn’s mental state) are even shakier. 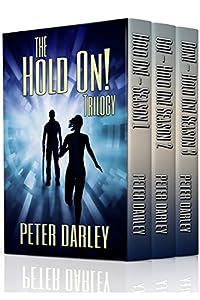 The Hold On! Trilogy: An Action Thriller *NEW EDITION*
by Peter Darley

Think the proverbial roller coaster sans safety bar and forget about the brakes. It doesn’t slow down.

AWOL soldier Brandon Drake wasn’t looking for a partner. Equipped with his experimental high-tech arsenal, he sets out to dismantle a conspiracy at the highest levels of government. But when the conspiracy puts an innocent women in grave danger, the honorable warrior has no choice but to put his entire mission in jeopardy.

Corporate secretary, Belinda Reese, longs for an escape from her dull office life. But she gets more than she bargained for when extremists trap her in a terrifying inferno. Surrounded by flames and fear, she’s breathlessly swept away by the dashing Brandon into a world of mystery, passion, and peril.

As Brandon and Belinda work side-by-side to expose the corruption, they’re both surprised by the sparks flying between them. But their love won’t last long if the government assassins find their deadly mark.

Can they take down a crooked regime before they become the next victims?

Hold On! – Season 1 is the pulse-pounding first installment in the Hold On! romantic action thriller series. If you like resourceful characters, sinister intrigue, and heart-stopping action, then you’ll love Peter Darley’s high-adrenaline page-turner.

Picking up where Hold On! – Season 1 ended, the nail-biting action and relentless pace continues. Brandon Drake has escaped from Leavenworth, aided by a new player who has entered the game. Tyler Faraday is the heir to an empire — and Brandon’s long-lost brother.

Brandon is finally reunited with Belinda, but he is no longer the man she once knew. Haunted by memories of a life that never happened, he succumbs to the lure of alcohol.

They head for Nevada to find Brandon and Tyler’s sister, a nun who has recently absconded from her convent. However, they soon discover she has been kidnapped by a human trafficking kingpin.

Their mission to rescue their sister propels them headlong into conflicts with road hijackers, the police, the army, a rogue faction of Homeland Security, and merciless killers. Now, Brandon’s alcohol dependency is placing them in further jeopardy.

The most explosive action in the series so far unfolds, as they search for the only person alive who knows the traffickers’ location.

Join the heroes through more extraordinary perils, mystery, and pulse-pounding suspense that will have you on the edge of your seat!

Brandon Drake is believed to be dead, but he awakens in a secret government complex, with the last four years of his life erased from his conscious mind. Only his true, malevolent self, The Scorpion, remains. He is dispatched on an assassination mission, but the mission fails as he is struck down by a debilitating pain in his head.

Before long, he discovers he’s been duped, and a bloodbath ensues when he escapes from the complex. He learns of a woman named Belinda Reese and associates her with his terrible pain. To be strong enough to destroy those who betrayed him, he sets out to kill Belinda, leaving a trail of death and destruction in his wake.

However, the true cause of his pain is a mysterious figure, who appears to him in the darkness wearing a black helmet: an adversary who identifies himself only — as The Interceptor.

Past, present, and future collide as the Hold On! Trilogy reaches its spellbinding conclusion — a tale of twists, turns, and breathtaking action that you won’t be able to put down.

CAUTION: This series sometimes contains violent and adult scenes, and the occasional use of profanity. 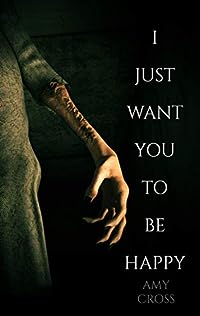 I Just Want You To Be Happy
by Amy Cross

A ghost story about love, loss and a dying woman’s last words to the husband she must leave behind.

Desperate to find a room she can rent, Hazel answers an advert placed by reclusive widower Michael Emery. When she visits Michael’s home, Hazel is given a shocking offer: she can live there rent-free, with no bills to pay, provided she agrees to spend one night with him in his bed each week.

Although she’s shocked and turns the offer down, a few years later she sees the advert again. And this time, a disillusioned and broken Hazel makes a very different decision…
Before long, however, Hazel discovers that Michael’s dead wife might not be gone after all. Something else seems to be living in the house, something that is by turns both angry and devoted. Does the ghost of Jessica Emery really haunt her husband and, if so, what did she really mean when she whispered her dying words to him all those years ago?