Stick To The Formula!

Hubby and I have been watching a lot of Netflix original shows and I have a huge complaint. Why are so many of the new series that are coming out end so sadly? Two in a row ripped my heart out in the end. I’m not going to say which shows they are because I am not going to spoil anything for anyone, but seriously! My heart can’t take much more of these gut wrenching endings. STOP MAKING ME CRY ON A WEEKNIGHT! I gotta work in the morning and I can’t have a puffy face that clearly shows I have been ugly crying. I really liked the good old days when all shows ended with the main characters happy and the bad guys in jail or whatever. Now days you just never know. It’s like every time you pick a new show, you are gambling with your heart. Thank golly there is always Hallmark Original Movies. They are kind to my heart, and I know for a fact that they will end with a happily ever after. Maybe not for the fiance who was a good man who lived in the city with a very well paying job, but just wasn’t “The One” for the lady who found herself stuck in a small town for a business trip/to save/or sell the family farm, and met the irritating yet handsome bachelor/ widow in town that for some reason no one has scooped up yet because he is just hasn’t found “The One”/ or is still getting over his dead wife. Yaaa… there is a certain formula Hallmark sticks to…AND I LIKE IT!!! 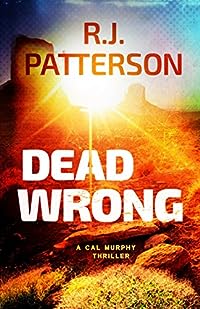 Kelvin Jameson has everything a pro basketball star needs — good looks, a stable family life, a good public image. At least, that’s what he looks like on the outside. Hours after hitting a game-winning shot, Jameson is found dead in a hotel room… and the truth begins to leak out.

Engaged in a race to break the story Cal Murphy and his wife Kelly must distinguish fact from fiction to get to the bottom of Jameson’s death before it cost Cal his job. But the stakes are raised when his pursuit of Jameson’s killer just might lead to his own death. 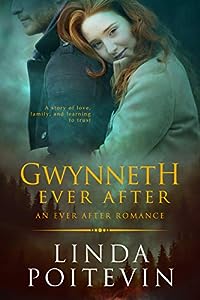 Gwynneth Ever After
by Linda Poitevin

Cinderella had it easy.

Gwynneth Jacobs? Not so much.

Raising three kids on her own while working full time isn’t exactly the life Gwynneth dreamed she’d have. But when her husband walked out, leaving her to pick up the pieces, Gwyn learned the hard way that there is no such thing as “happy ever after.” And that’s one lesson she’s not about to forget… until a chance encounter with Hollywood’s number-one heartthrob rocks her good intentions to their core.

But as undeniable as her attraction to megastar Gareth Connor might be, Gwyn’s priorities lie solely with her three children. And there’s no way she’ll open up their lives to being hurt again.

Gareth, however, has a way of getting what he wants, and he wants the whole fairy tale–starring one Gwynneth Jacobs. Will he be the prince to charm his way into Gwyn’s life? Or will Gwyn’s trust issues get in the way of her very own happy ever after? 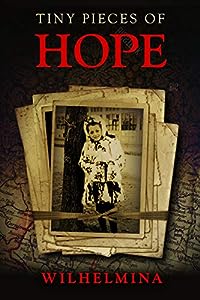 Tiny Pieces of Hope: A WW2 Historical Novel, Based on the True Story of a Jewish Holocaust Survivor
by Wilhelmina

Wilhelmina was born into the raging World War II. Her Father was forced to abandon the family and escape Poland to avoid enlisting in the army, and as a result, her mother and grandmother decided to flee from the soon to be occupied Krakow.

Once in Uzbekistan, Wilhelmina’s mother knew the only way to survive starvation is by trading merchandise on the black market, even though it meant she was in constant threat of being caught and deported to Siberia.

After her mother was arrested by the soviet N.K.W.D , Wilhelmina’s grandmother took her to a Pravoslavic orphanage and left her there.

Starving, lonely and deserted, Wilhelmina had to rely on her cleverness and imagination, which enabled her to picture food. She imagined eating a piece of bread crust and enjoying it immensely, and those tiny pieces of hope kept her alive.

This book is a unique survival memoir of a child who escaped the Nazis by hiding in various countries. She found herself in foreign cultures without truly belonging to any of them and managed to remain alive against all odds by using her vivid imagination, seeing horrific events through playful eyes. 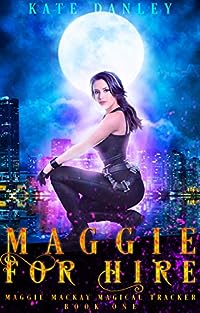 My name is Maggie MacKay. When monsters show up in Los Angeles, I get the call to haul ’em back to the dimension where they belong.

But I just got word my uncle has teamed up with the forces of darkness to ruin my life. Actually, everyone’s lives. Everyone’s gonna die if don’t find a magical object before the coming apocalypse. This is going to make the next family reunion a little awkward.

Come along with me, my sidekick elf Killian, and my crazy family for a snarky urban fantasy adventure with attitude. 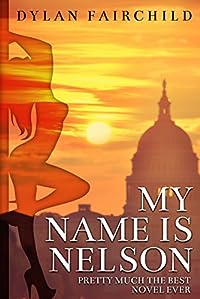 My Name is Nelson: Pretty Much the Best Novel Ever
by Dylan Fairchild

For those who enjoy a little genre bending…
Politicians. Strippers. A troubled genius. F.B.I. agents. Fighter pilots. Snarky diplomats. An obnoxious boss. Small-town sheriffs. Generals. Self-obsessed reporters. And a government bureaucrat simply trying to save the world. It’s little wonder White House National Security Advisor Chet Addington* said this was, “Pretty much the best novel ever.” **
* Absolutely, positively, not a real person
** He’s been known to be wrong about stuff

President Andrew MacIntyre was having a pretty good first year in the Oval Office. Suddenly, during what should have been a peaceful Christmas season, he’s facing one of the worst national security crises in American history. And it’s being masterminded out of a sleazy, New Mexico strip joint? What the hell?

Is this a political thriller? Or is it science fiction? A zany comedy? Perhaps it’s a love story. Whatever it is, it’s a riveting page-turner with a little sex appeal, and a lot of laughs. If “Doctor Strangelove” can find the humor in nuclear war, then surely there’s a little bit of laughter lurking in unmanned aviation, as well as some serious, heartfelt moments.