Turns out that the bee extraction from a hollow pillar at my friends house is a lot more complicated than I had originally thought. I have spoken now to about five different, very experienced, beekeepers, and they all have the same expression on their face when I tell them where the bees are. it’s a look of concern and not a lot of hope. It is also looking like it will either cost money to get them out or cost the colony’s life itself. I would hate for any colony to die, so I would give them up to whoever is willing to go in and get them. I will insist on helping though, so I can gain the experience. It’s really hard to put a price on that. The local beekeepers are willing to teach a rookie like me, so that right there is worth my time and effort. But it would be really be nice to get the knowledge and the bees. 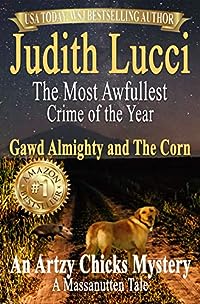 The Most Awfullest Crime of the Year: Gawd Almighty and the Corn: A Massanutten Tale (Artzy Chicks Mysteries Book 2)
by Judith Lucci, Margaret Daly

Will Lily and LauraLea Ever Learn?

It was hot. Too hot. The Dog Days of Summer always were. The Artsy Chicks had been painting, teaching classes, crafting and blending the Art Gallery’s famous Wine Slushees for hordes of thirsty customers. Things seem okay until Lily notices that Gawd Almighty, the Gallery’s pet possum has disappeared.

A short time later, Dr. Kenzie Zimbro, the medical examiner for the mountain area, stops by the Gallery and tells the Chicks about the strange murder of a Virginia Tech Biology Professor at the tip-top of the mountain. His dead body was surrounded by kernels of corn. Lily and LauraLea put on their detective caps to search for Gawd Almighty and find themselves tangled-up with the Hillbilly Clan and in a life-threatening position. 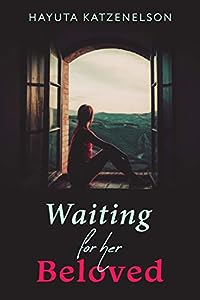 Waiting for Her Beloved: A Novel
by Hayuta Katzenelson

When Dana discovered the bitter truth, she didn’t believe she would ever get a second chance at love.

Dana, a senior juvenile investigator with the police, returns from a holiday in London to find her husband sexually abusing their 16-year-old daughter. Furious and disgusted, she throws him out and takes her daughter to the hospital.

At the hospital, Dana bumps into her childhood sweetheart. They reminisce and remember when they met the first time – one stormy night, twenty years before and fell head over heels in love. Old feelings are revived and they rekindle their relationship even though he is married with children.

Everything seems to be going well when a terrible accident disrupts the dream of the new-old couple. This tragic event shocks their world and sets off a turbulence of emotions. 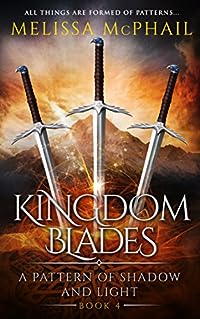 “You cannot sculpt a piece into a Player. A Player must mold himself out of fortitude and conviction.” – Bjorn van Gelderan

After the events the first three books in Melissa McPhail’s award-winning epic fantasy series, A Pattern of Shadow and Light, the realm of Alorin remains unbalanced. The Fifth Vestal Bjorn van Gelderan has cast his Players on the field. Now they must hold their positions against Malorin’athgul as well as their immortal allies.

In Kandori… Prince Ean val Lorian is bound to Bjorn’s van Gelderan’s game and to his sister Isabel, but Ean would rather be free of both of them. Yet he fears the game won’t let him — nor will the man he used to be. Chained by guilt on one side and duty on the other, Ean chases memories through three kingdoms in an attempt to become a Player on his own terms.

In Hallovia… Tanis of Adonnai has discovered his true identity and his nature as an Adept of four strands. He’s bound himself to the Malorin’athgul Pelas and in turn bound Pelas to his uncle Bjorn van Gelderan’s game. But will Pelas’s ability to bend Fate to his will be enough to oppose the intentions of his brothers, Darshan and Shail? And will Pelas be able to keep Tanis safe from the immortal Warlock Sinarr, who vowed to go to any lengths to make Tanis his concubine?

At the First Lord’s sa’reyth… Prince Trell val Lorian has been rescued from the island of Darroyhan and the mor’alir Adept Taliah hal’Jaitar and is recovering at the First Lord’s sanctuary. But while Trell is enjoying an overdue reunion with his betrothed, Alyneri, he suspects he cannot long remain off the field. If the game doesn’t summon him back, his conscience will, for he owes his life to too many others. Primary among these is the Water Goddess Naiadithine. Trell can’t help but wonder what the goddess will require of him in return for Her many graces… and if it will be a price he’s willing to pay. 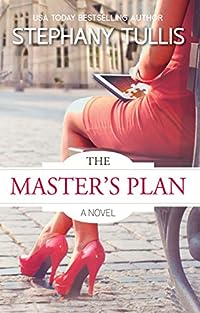 SB is NOT your typical preacher’s wife. She STRUTS her stuff in five inch stilettos, TOSSING a honey blonde lion’s mane even BEYONCE would envy.

Mt. Sinai Missionary Baptist Church members are less than enchanted with their Pastor’s new wife, and his daughter blames him for marrying much too soon after her mother’s sudden death.

Weary of dodging her daughter-in-law’s southern comfort punches, SB launches her master plan, a plan of life purpose where she depends on the Lord to order her steps and save her marriage. But her best-laid plans go awry when her husband suddenly goes missing, and a local politician devises a plan to suit them both – and get himself elected to the state legislature.

Unusual and atypical relationships form between government and church officials. Old and new friends, past and present family, make The Master’s Plan a ‘must read’ for everyone struggling to find purpose! 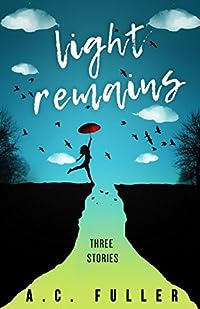 In Celebrity-Prayers.net, a Boston teenager with an Adderall addiction hires a B-list celebrity to teach him how to pray as he tries to win the affection of a classmate. But even as the prayers seem to be working, the celebrity’s depression causes the teenager to question the nature of fame.

In Can You Hear Me Now?, a cellphone button designer treks though Seattle in search of his lost iPhone. And the longer he’s away from his beloved device, the more he is overwhelmed by the isolation and alienation he experiences without it.

In The Last Day on Earth of Zelta Jones, Starwoman, a middle-aged line cook from Blue Mountain, Alabama believes she’s been sent from another planet to teach humans about space travel. After years of being ignored and ridiculed, she decides to take her own life. But her last day on earth proves much more complicated than she expected.