Let’s Talk About Me

Facebook seems to be down today. I feel like this would be a good time call friends the old fashion way and tell them I am having an awesome lunch. Then hang up. Then I am going to call them all again and tell them how much I love my babies… then hang up. Facebook has spoiled me with the one sided conversation thing. 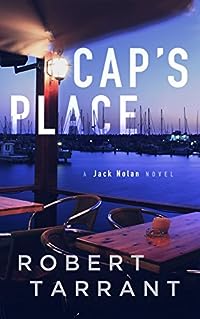 In the introduction to the Cap’s Place Series, Jack Nolan had his life all mapped out as he pursued a promising career as an attorney in Michigan. Suddenly his world was knocked out of orbit and he found himself living with his Uncle Mickey above Mickey’s bar in South Florida. Mickey’s untimely death leads to Jack becoming a bar owner. Jack’s protective approach to his life includes staying emotionally uninvolved with everyone around him, those who work at the bar, customers, and the objects of his frequent one-night stands.

Without warning Jack finds himself struggling to protect his beautiful bartender from unknown forces intent on killing her. Jack is confronted with decisions that require him to ignore rules he had previously deemed unbreakable.

The characters who inhabit Cap’s Place turn out to be much more complex than Jack ever anticipated.

Each book in the Cap’s Place Series is a snapshot into the adventures and evolving lives of Jack Nolan and those who are a part of his South Florida bar. As is true in real life, no single snapshot answers every question. In Jack’s case, no single glimpse ever clearly reveals to him all of the unfolding puzzles. 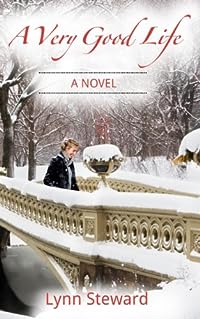 In Lynn Steward’s debut novel, Set in 1970s New York City, a well-heeled junior executive at B. Altman, a high end department store, is about to learn how the art of seduction will affect both her marriage and career.

Although Lynn Steward’s debut novel, A Very Good Life, takes place in 1970s New York City, the emotional story transcends any period. Dana McGarry is an “it” girl, living a privileged lifestyle of a well-heeled junior executive at B. Altman, a high end department store. With a storybook husband and a fairytale life, change comes swiftly and unexpectedly. Cracks begin to appear in the perfect facade. Challenged at work by unethical demands, and the growing awareness that her relationship with her distant husband is strained, Dana must deal with the unwanted changes in her life. Can she find her place in the new world where women can have a voice, or will she allow herself to be manipulated into doing things that go against her growing self-confidence?

A Very Good Life chronicles the perils and rewards of Dana’s journey, alongside some of the most legendary women of the twentieth century. From parties at Café des Artistes to the annual Rockefeller Center Christmas tree lighting ceremony, from meetings with business icons like Estée Lauder to cocktail receptions with celebrity guests like legendary Vogue editor Diana Vreeland. Steward’s intimate knowledge of the period creates the perfect backdrop for this relatable story about a woman’s quest for self-identity. 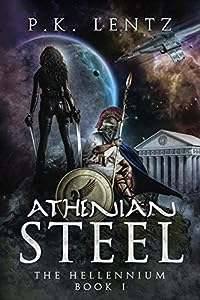 A savage war is fated to drag on for a generation. One living weapon could change it all. But she is not easily wielded by any mortal man. Joined in tumultuous alliance, a Greek general and a renegade traveler in time seek to reshape an ancient world of blood and brutality. They will challenge each other, enemy armies, and Fate itself. Who or what will break first?

In 425 BCE, the Athenian general Demosthenes comes into possession of a weapon from the stars. He fears to wield it against his city’s bitter enemy Sparta, but he knows that he must, lest it be wielded by others. He knows, too, that it seeks to wield and possess him, for this weapon is human, or something like it, and as complex as the wider universe from which she fell. She is Thalassia. She is doom and madness. She has come for reasons all her own, and she did not come alone.

ATHENIAN STEEL is bloody, twisted mayhem in the ancient world and Book I in an epic that will appeal to readers of Gene Wolfe, David Gemmell, David Drake, Harry Turtledove, & other classic SF/Fantasy authors of the 1970?s to 1990?s. Fans of Bernard Cornwell, Giles Kristian, Simon Scarrow and similar will also find plenty to enjoy if they don’t mind touches of cosmic SF, dark humor, and sex in their military historical fiction. Join Demosthenes and Thalassia as they blaze a trail of slaughter and ruin down the centuries in The Hellennium.

CONTENT ADVISORY: This series depicts the ancient world in a frank and explicit manner, including graphic scenes of sexuality and violence. Foul language abounds. 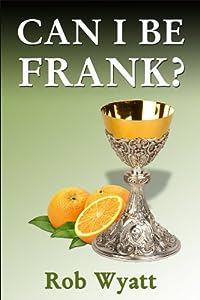 Can I Be Frank? (Father Frank Book 1)
by Rob Wyatt

This humorous novel follows Father Francis, a young, English, Catholic priest to his first parish in America. He is not sure what to expect, but certainly isn’t prepared for what he finds. As if his new role isn’t challenging enough, he struggles with everything from jalapenos to fire ants, from church politics to the language barrier.

Having unwittingly managed to alienate his parish’s main benefactor, Frank soon finds himself in hot water with his Diocese. His troubles only increase when he stumbles across suspicious goings-on deep in the Florida orange groves. Can he solve the mystery before he loses his parish… or his life? 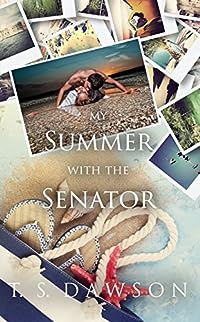 My Summer With The Senator (The Senator’s Series)
by T.S. Dawson

My Summer With the Senator is a riveting tale of a young woman’s transition from youth to adulthood. Set in picturesque Santa Rosa Beach, Florida, Caroline Collier must navigate blooming love against the crushing waves of family drama. 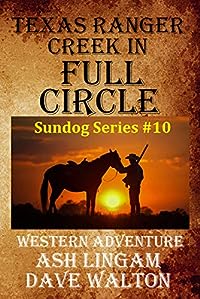 This is the tenth and last book of the Sundog Series and the life and times of Texas Ranger Captain Ridge Creek. Señor Pedro Mendez is one of the biggest cattle rustlers in all of Texas. A man with a foot in each country, stealing Texan cattle and selling them right back to the men he rustled them from. As Captain Ridge Creek’s attention is turned from the Bogardus clan and towards the Mendez outlaw gang, a personal conflict forms between the two men. Meanwhile, Ridge Creek is smitten by one Lola Zapata and considers a new life away from the violence. And Sergeant Bill Vents ponders his age and all his years as a Texas Ranger. Last but not least Captain Creek has sent the word to the Outlaw Lopez that he is on the hunt to kill him. An action-packed final installment of the Sundog Series will keep you entertained from cover to cover.