I will start out this story by first saying that Casper is just fine. Happy and healthy. Now we can proceed without worry. I knew it was going to happen. Casper eats everything. How he hasn’t been rushed to the emergency vet yet is truly a miracle. Yesterday was his day though. I took a short nap after work for only an hour, while the fur babies played in the backyard. I woke up, went to the backdoor, and was not greeted by my sweet little white doggie, but instead by a mutant, whose head had bright red skin and twice the normal size of my sweet pup.  It was the saddest looking creature I had ever seen. I grabbed him, put him in the crate and drove him to the emergency vet that was thankfully only 10 minutes away. He was alert the entire time, but extremely uncomfortable and twitchy. I knew exactly what he had done. He ate a bee. My sweet ladies are all over the garden and he has been trying to catch one for weeks. The fact that he hasn’t caught one yet is a testament to his terrible hunting skills. Bees are not exactly fast and graceful, and if you are playing just a numbers game, he really should have caught one way before yesterday. Two little shots later and he was good as new. Well… not exactly, he still looked like a tomato, but he was at least on the road to recovery. This morning he is back to his same crazy self. I wonder if he learned his lesson. 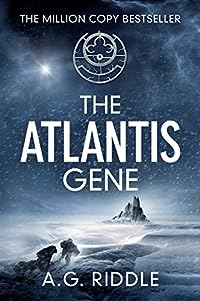 The Atlantis Gene: A Thriller (The Origin Mystery, Book 1)
by A.G. Riddle

THE GREATEST MYSTERY OF ALL TIME… THE HISTORY OF HUMAN ORIGINS… WILL BE REVEALED.

70,000 years ago, the human race almost went extinct.
We survived, but no one knows how.
Until now.
The countdown to the next stage of human evolution is about to begin, and humanity might not survive this time.

Off the coast of Antarctica, a research vessel discovers a mysterious structure buried deep within an iceberg. It has been there for thousands of years, and something is guarding it. Could it be the fabled city of Atlantis? Or is it something more dangerous?

At the same moment, in Jakarta, Indonesia, a brilliant geneticist named Kate Warner has just discovered a breakthrough treatment for autism. Or so she thinks. What she has found is far more deadly–for her and for the entire human race. Her work could unleash the next stage of human evolution. It might also hold the key to unlocking the mysterious structure off the coast of Antarctica.

On the other side of Jakarta, Agent David Vale is racing to uncover a conspiracy with far-reaching implications. But he’s out of time. His informant inside the conspiracy is dead. His own organization has been infiltrated–and his enemy has turned the hunt on him. Now he’s on the run. But when he receives a coded message related to an imminent attack, he risks everything to save the one person that can help him stop it: Dr. Kate Warner.

Together, Kate and David race to unravel a global conspiracy and learn the truth about the Atlantis Gene… and human origins. Their journey takes them to the far corners of the globe and into the secrets of their pasts. Their enemy is close on their heels and will stop at nothing to obtain Kate’s research and force the next stage of human evolution–even if it means killing 99.9% of the world’s population. David and Kate can stop them… if they can trust each other. And stay alive. 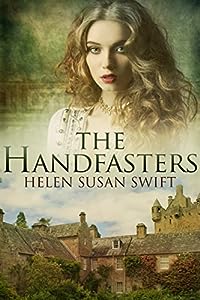 Scotland, 1811. Coming from the Highlands to Edinburgh in search of a husband, Alison Lamont finds herself in all sorts of trouble.

Thrown out of a fashionable ball for a stolen kiss, Alison flees from a riot in the notorious Old Town and meets Willie Kemp, an eccentric boatbuilder. While she falls deeply in love with Mr. Kemp, her aunt wishes her to marry the obnoxious but rich John Forres.

Alison takes drastic measures to solve her dilemma, including a long trip through the snow-covered Pentland Hills. But who left the mysterious footprints outside her cottage, and what secrets is Mr. Kemp hiding? 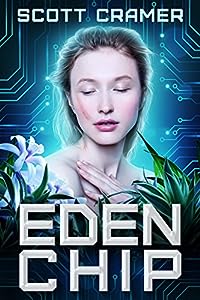 In the future, nanochips in human brains control emotions in order to maintain world peace. When the chip’s developer plans a lethal update that will return Earth to ‘the garden,’ a young woman with a faulty chip is the only one who can stop him. “A twisty and exhilarating dystopian romp” – Kirkus Reviews 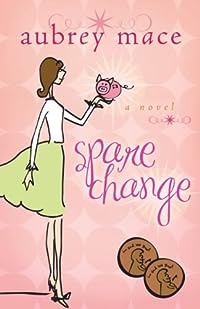 Twenty-three and single, Riley thinks resolutions should be fun, not hard. Just before midnight, she vows to make the easiest resolution ever: save her pennies and at the end of the year, buy something nice for herself. Easy!… Or is it?
Working at a cancer treatment center can change one’s perspective, and before long Riley decides to donate her extra money to cancer research rather than reward herself. At first her resolution is her own secret, but all too soon the nurses figure out her plan, and then things really begin to get out of hand!
As people through the hospital, and then the town, begin to get involved, Riley finds herself at the front of the fund-raising campaign. She also finds herself face-to-face with Paul, the grouchy but cute bank teller. But can she overcome the memory of a failed relationship – and can he do the same? And who is the secret admirer who keeps leaving pennies and notes for her to find? 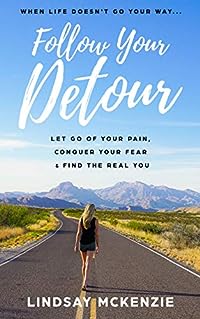 Follow Your Detour: Let Go of Your Pain, Conquer Your Fear & Find the Real You
by Lindsay McKenzie

Life’s dead ends can lead you on beautiful detours!

Are you feeling stuck amidst the pain and confusion of an unexpected loss in your life?

Or, is there a stirring in your heart telling you to take a risk and make a change, but the uncertainty is holding you back?

Either way, it’s time to push past your heartache and/or fear of the unknown towards a path filled with opportunities to discover new dreams and a new you!

Life rarely goes according to plan. Lindsay McKenzie learned this the hard way, as her perfect plans for her life came crashing down. In Follow Your Detour she shares the pain she experienced through the loss of a loved one, the loss of her greatest dream and desire of her heart, and consequently, the loss of her identity. But, choosing to follow her detour led her on a life changing adventure, in which she found her true identity and happiness.

We’ve all heard the saying “follow your dreams”, but what if your dreams aren’t working out yet? Her uplifting and engaging book will help you see the world of possibilities that lie ahead of you, even in the darkness of your pain and fear. Lindsay’s heartfelt and relatable story telling will have you crying, then laughing, and unable to put the book down.

•
Support you in finding the strength to let go of the emotions that are holding you back, rise up, and discover hope in your dead end.

• Teach you how to navigate the surprises that life can throw your way.

•
Show you the power of submitting your plans to God.

•
Help you gain the courage to push forward in faith instead of sitting around and waiting for answers or just hoping it all goes away.

•
Equip you with a mindset that will give you the patience and persistence to keep moving forward, despite not having all the answers or a map with clear directions.

Through the retelling of her unique detour, Lindsay will inspire you to embrace and follow your own detour — your new path of personal growth that will allow you to uncover purpose and peace. A path that will take you on the most transformational journey of your life.

Follow Your Detour will also teach you to find the beauty in the journey, and you’ll learn to slow down and strop rushing towards the destination.

Your detour stands before you and is waiting to lead you to your promising future.

What’s stopping you from taking the first step towards turning your brokenness into your greatest blessing?