Casper is about 22 weeks old now, and it feels like he has been a puppy FOREVER! He is still pretty small, only about five pounds, maybe six. I think he is going to be smaller than Junebug, who is about nine and a half pounds. The kid has energy. SOOO much energy. I think it’s a terrier thing, or he keeps sneaking cups of coffee. He wakes up at one hundred miles an hour and stays that way for about five hours. As soon as I open his crate in the morning, he flies out like a rocket. I have to be quick to where he is waiting at the back door, or he has an accident on the floor. This is the only way you could ever get me to run first thing in the morning. I have never had a puppy with this much energy. He even wears poor Junebug out. She tries to keep up, but she is already complaining that she is too old for this. It used to be easy for her to escape him. Up until a few days ago he couldn’t jump onto the couch. Those days are over. This little pup keeps me on my toes so much that this is going to be the answer to me finally getting in shape. 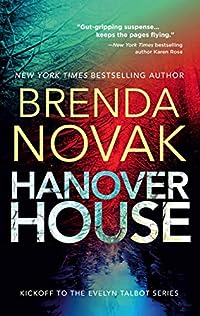 Welcome to Hanover House…
Psychiatrist Evelyn Talbot has dedicated her life to solving the mysteries of the antisocial mind. Why do psychopaths act as they do? How do they come to be? Why don’t they feel any remorse for the suffering they cause? And are there better ways of spotting and stopping them?

After having been kidnapped, tortured and left for dead when she was just a teenager — by her high school boyfriend — she’s determined to understand how someone she trusted so much could turn on her. So she’s established a revolutionary new medical health center in the remote town of Hilltop, Alaska, where she studies the worst of the worst.

But not everyone in Hilltop is excited to have Hanover House and its many serial killers in the area. Alaskan State Trooper, Sergeant Amarok, is one of them. And yet he can’t help feeling bad about what Evelyn has been through. He’s even attracted to her. Which is partly why he worries. 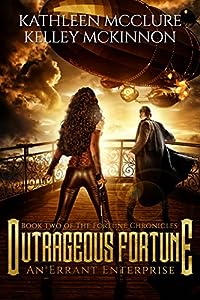 On the planet Fortune, tech is low, crime sky high, and everyone’s after their share of the crystal.

It’s been a year since the war with the Coalition has ended, but the scrabble to survive continues as Captain John Pitte struggles to keep his crew together, and the Errant, the airship he calls home, aloft.

So when a mysterious woman offers the crew salvation — or, at least, a paying job — John signs on, only to discover that neither the job, nor the woman, are what they appear.

Now John and the rest of the crew are on the run and embroiled in hive of madness and deception, while everything he hoped to save teeters on the brink of disaster.

Outrageous Fortune is the second standalone novel in the science-fantasy series, The Fortune Chronicles. If you enjoyed the characters, banter, and action of Firefly, you’ll love the crew of the Errant. 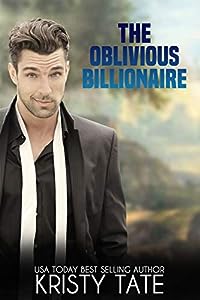 How can you know where you’re going if you can’t remember where you’ve been?

Charlie Monson has spent her entire life pining over Kirk Palmer. In fact, she chose to be a nurse just so she could work beside him at Laguna Beach’s Mission Hospital.

Zach Walden has lost seven years of his life. He can’t remember leaving his football career or creating the Wonder Weight Loss app that has supposedly made him a billionaire. And worse, he can’t remember his fiancee, the beautiful Eva Caron. Retrograde amnesia, it’s just one of the things Zach has to learn to deal with. But all he wants to study is the charming nurse who saved him, Charlie Monson.

Unfortunately, Zach has a life that includes a cast of friends and foes demanding his attention and he not only has to relearn their names — he also has to come to terms with who he thought he was and who he’s become. Meanwhile, Charlie thinks she’s in love with Dr. Kirk Palmer, but the more time she spends with Zach, the more she learns that maybe she’s the one who needs to wake up and recognize what real love looks like. 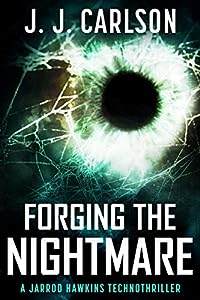 THE PERFECT WEAPON HAS A MIND OF ITS OWN.

Jarrod Hawkins, a security contractor with a troubled past, is ushered into an underground facility where a group of DARPA scientists use his body for biotechnological research. They use genetic editing, nanomachinery, neural rewriting, and next-generation armor to turn him into the most fearsome weapon on earth. But as they push the limits of human performance and lethality, the facility begins to experience unexpected power outages. There is evidence of sabotage, and the security team is plagued with sickening pranks. There is only one explanation — their creation has turned against them.

As the experiment nears its completion, Jarrod struggles to understand his new abilities. His memories have been shattered, but his instincts scream at him to escape at any cost. On the outside, he has become a machine of war, but inside, the remnant of his former self fights for control. As a team of surgeons prepare for a final operation, Jarrod must make a choice: Will he let them take control of his mind, or will he use his enhancements to break free? Will he become a perfect soldier, or the most fearsome vigilante the world has ever known? 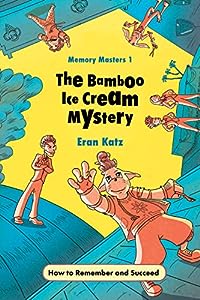 The Bamboo Ice Cream Mystery: How to Remember and Succeed (Memory Masters Book 1)
by Eran Katz

Some people in the world only get to eat black and white ice cream.

Yogoor the Schmendrik decides to change this injustice by competing in the world ice cream memory championship. The winner gains the right to control the world’s ice cream fields and ice nut mines. This is the only way Yogoor and his friends will ever be able to enjoy unlimited flavors of ice cream.

The only one who can help him achieve his goal is an old memory master who holds the secrets to amazing memory techniques… and no one has seen him for the past 20 years.

Yogoor and his friend Ella set out on an adventurous, suspense-filled, humorous and inspiring journey in search of the missing master.

Will they find him?

Will they develop a super memory?