It looks like we are going all the way back to square one with house training Casper. At almost 7 months old he is still having accidents in the house. HOW IS THIS POSSIBLE!!!??? He knows where to pee and poo. He knows how to signal us to go out. We even put in a doggie door so he can roam free during the day. Yet he will poo by the door, then run outside through the doggie door. I keep having to remind myself that he is not a bad dog and doesn’t do all of this to be bad. I should focus on his accomplishments. (long pause)….(thinking) (heavy sigh)…(another long pause). Well, he is a very sweet dog and loves to cuddle. He also doesn’t chew on furniture or shoes, so that’s pretty good. I guess I am just going to have to start at square one, and go from there. I house trained Junebug, and I remember thinking that was never going to happen. Casper is just a bit stubborn. 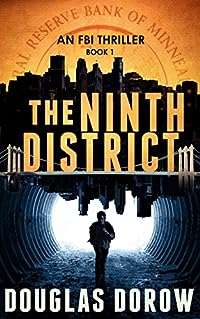 The Ninth District: An FBI Thriller (Book 1)
by Douglas Dorow

The Federal Reserve has never been robbed.

Suspense, intrigue, and dazzling plot twists power this tale of an FBI special agent and rookie investigator racing through the darkest layers of Minneapolis to chase a sinister Federal Reserve robber.

FBI Special Agent Jack Miller, pulled into a high-profile case to mentor a new agent, finds himself in a clash with the toughest opponent of his career. The chase culminates in the bowels of the city, in the storm sewers and tunnels beneath The Ninth District Federal Reserve of Minneapolis. 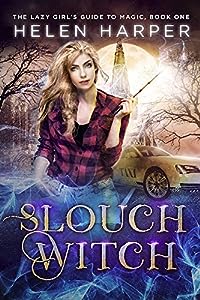 Hard Work Will Pay Off Later. Laziness Pays Off Now.

Let’s get one thing straight – Ivy Wilde is not a heroine. In fact, she’s probably the last witch in the world who you’d call if you needed a magical helping hand. If it were down to Ivy, she’d spend all day every day on her sofa where she could watch TV, munch junk food and talk to her feline familiar to her heart’s content.

However, when a bureaucratic disaster ends up with Ivy as the victim of a case of mistaken identity, she’s yanked very unwillingly into Arcane Branch, the investigative department of the Hallowed Order of Magical Enlightenment. Her problems are quadrupled when a valuable object is stolen right from under the Order’s noses.

It doesn’t exactly help that she’s been magically bound to Adeptus Exemptus Raphael Winter. He might have piercing sapphire eyes and a body which a cover model would be proud of but, as far as Ivy’s concerned, he’s a walking advertisement for the joyless perils of too much witch-work.

And if he makes her go to the gym again, she’s definitely going to turn him into a frog. 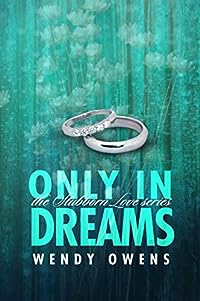 Only In Dreams: A Stubborn Love Story
by Wendy Owens

Henry was like my favorite sweater. Comfortable and made me feel safe.
Colin was like jumping out of an airplane and pulling your chute at the very last second.
They came to me at different times in my life. Times when I needed just what they had to offer. I never imagined all three of us colliding one day. It never crossed my mind I could love two men at the same time. Life doesn’t work that way though and now I have to make the hardest choice of my life.

These stories can be read as a series or as stand-alone. 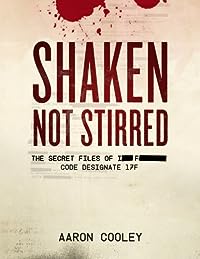 Haven’t you ever wondered what inspired the creation of fiction’s greatest secret agent? Author Aaron Cooley takes the reader on a World War II thrill ride across two continents and six nations in pursuit of the answer to this question. A first-time British spy is on the trail of the Allies’ most important Double Agent, on a mission to determine his loyalty before he can hand over the means of creating history’s most devastating weapon to the Nazis. Before his mission is over, this young Briton will be inspired to create a fictional super-agent who will one day become one of literature’s most famous characters. An engaging, fantastical what-could-have-been, SHAKEN, NOT STIRRED is not to be missed by World War II buffs, literary devotees, and especially, fans of Her Majesty’s most famous spy.