Yesterday was a pretty amazing day. Let’s just start with the bee swarm that moved into one of my bee bait boxes!!! It’s pretty funny that, just that morning I had come to grips with the fact that I would not catch a swarm this year. I gave up! then BOOM BUZZY BUZZY… they showed up! I really really hope they stay. Bees are not a sure thing, so they could just decide to move on. I am just going to enjoy the happiness and excitement that I am feeling right now. Add to that joy the fact that I found not one, but three pairs of jeans that fit me in the store. WHAAATT!!??? I went  to Old Navy to buy a pair of jeans for my oldest to wear to graduation, and saw they had a sale on women’s jeans. I figured why not see If I can find anything for myself since the likelihood of me going clothes shopping again this year are next to none. With the help of my baby bassets I found three! IT IS A MIRACLE!!! You know that commercial where you see all those people dancing around in their Old Navy jeans? Ya… they really are that flexible. SCIENCE!!!! Let’s also not forget a wonderful day with my baby bassets going to the movies and out to lunch. I have joy overload. I am going to do some laundry now to bring myself back down to Earth. 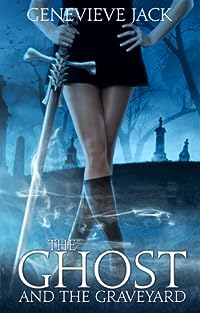 Book 1 in the knight games series

Grateful Knight can’t catch a break. After a series of failed relationships, the last of which left her destitute, she takes advantage of her father’s offer to live rent-free in a property he hasn’t been able to sell. But feeling at home in a house on the edge of a graveyard isn’t easy, especially when things go bump in the night.

The only positive is the stunning cemetery caretaker, Rick. Despite her resolve to end her pattern of relationship mistakes, she literally can’t keep her hands off him. The intensity of her attraction seems almost… magical.

Once a spirit manifests on her staircase, Grateful can no longer deny that her house is haunted. Rick has a dark secret, and it has everything to do with her personal history, the house, and the spirit who warns her about both.

**Due to explicit sexual content, language, and violence this book is recommended for ages 18+** 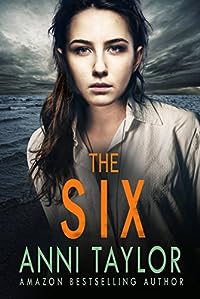 THE SIX: A Smart, Dark, Enticing Thriller
by Anni Taylor

A Young Mother Unwittingly Walks into the Worst Danger of her Life
Evie is in the grip of a gambling addiction. Ashamed and desperate, she’s terrified she’ll destroy the lives of her husband and two small daughters. She grabs onto a lifeline – the offer of a program that promises to heal addictions and give her a fresh start.

Evie and 27 others from around the world travel to a monastery on a tiny Greek island to begin the program.

IN THE END, JUST SIX OF THEM WILL BE LEFT.

Evie’s husband Gray is gutted to find the note that Evie left behind. Why did she leave and where did she go? And is she ever coming back? His anger turns to alarm as he begins to put together the pieces of his wife’s disappearance. When Evie’s car is found burned out in woodland, the police suspect him of murdering Evie.

Gray has one chance to fly to Greece to try to find Evie – before he’s arrested for something he didn’t do.

Too late, Evie discovers the chilling truth about the monastery and the island. And the closer she gets to finding an escape, the closer the danger gets to her. 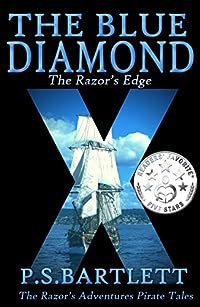 The Blue Diamond: The Razor’s Edge: Book 5 (The Razor’s Adventures)
by P.S. Bartlett

Ivory Shepard didn’t want to be a pirate when she grew up but she didn’t plan on being orphaned and alone at thirteen with her three cousins either.

After a Spanish raid in Charles Towne left them with nothing, Ivory held her cousins together, trained them to fight for their lives and led them to a life of quiet refuge on the banks of the Ashley River. Out of reach of the hands of unscrupulous men, they found life on the farm a tolerable substitute for the traditional alternatives life would force onto them — until the night the pirates showed up.

Setting foot on that first pirate ship was nothing compared to the life of freedom and adventure awaiting them, once Ivory and the girls were through playing nice. Only one man believes he can stop her and he won’t need a ship full of guns to do it.

If it were only that easy… 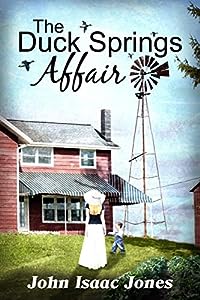 An elderly woman remembers the great love of her life. You will never forget Paul and Cassie! – Amazon reviewer

Devoted mother Cassie Carter is hard working and dedicated to running her small farm in Georgia. She tends to her home and sickly son daily while her truck driver husband is away on long hauls across the country. Damaged romantic Paul Hamilton has a void in his life that leaves him wandering from affair to affair, empty and unfulfilled. He identifies with the haunting poetry of Edgar Allan Poe, yearning to capture an elusive love. One day, in an unexpected place, he discovers the love he is seeking, but she is out of his reach. 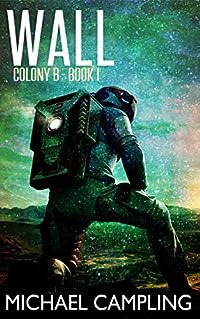 On this planet, the wall is safety. Go beyond it, and the settlers will die.

They are lost, they are alone, but at least they’re sure of their survival. Until now.
Far from Earth and shipwrecked on a desolate alien planet, a band of brave settlers strive to carve out a life for themselves on a range of hills while battling to hold back the carpet of deadly microorganisms that creeps across the lowlands below, devouring all in its path.
The settlers survive from day to day, but their lives are thrown into chaos on one fateful night when five of their young men and women go missing. And that’s when they see the lights. Out there in the deadly wasteland, there are headlights carving through the darkness.

Someone is coming. And perhaps, they mean to stay.

Find out more when you explore the world of Colony B, but for your own safety, stay behind the wall.

Please note that while this book can be read on its own, it is the first part of a series and is best enjoyed in that context.